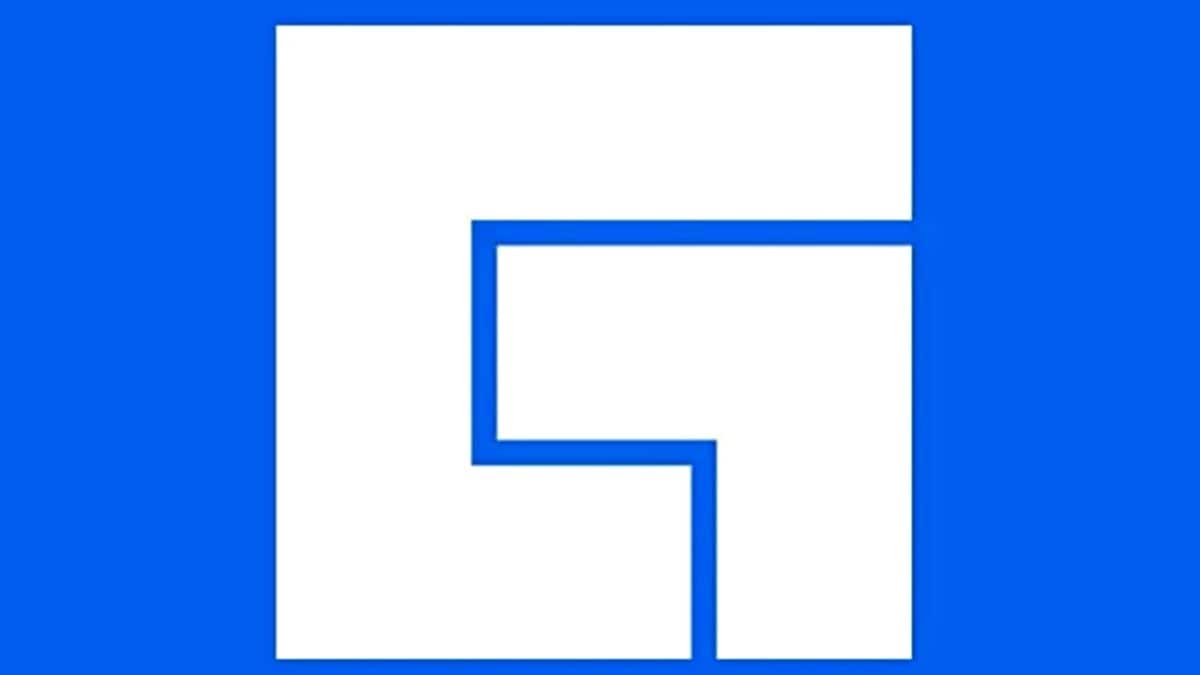 Facebook is all set to launch a new app called Facebook Gaming today, which as the name suggests, will be about grabbing a piece of the booming gaming industry pie. The app, as per a report, will primarily cater to watching live streams or starting one, a field that is dominated by Twitch and also has heavyweights like YouTube and Microsoft’s Mixer. The Facebook Gaming app will be released today, but it is already live for users in some markets such as India and a few other Southeast Asian and Latin American countries as well.

“Investing in gaming in general has become a priority for us because we see gaming as a form of entertainment that really connects people,” head of the Facebook app, Fidji Simo, was quoted as saying by the New York Times. “It’s entertainment that’s not just a form of passive consumption but entertainment that is interactive and brings people together,” he added. The app was originally scheduled to release in June, but Facebook pushed it ahead and is now releasing it on April 20 globally. The Facebook gaming app is primarily targeted at smartphone users who enjoy mobile gaming, and seeks to solve the streaming hassles that come with platforms such as Twitch. For example, the app has a dedicated Go Live button at the top that will let users fire up a game and start streaming in a jiffy.

To start things up, you need to sign up with your Facebook account. Once you are past that, the app will ask you to choose some games that you want to follow, and after that, a few of the popular streamers that you should keep an eye on. Of course, you can skip all that and select your interests later as well. 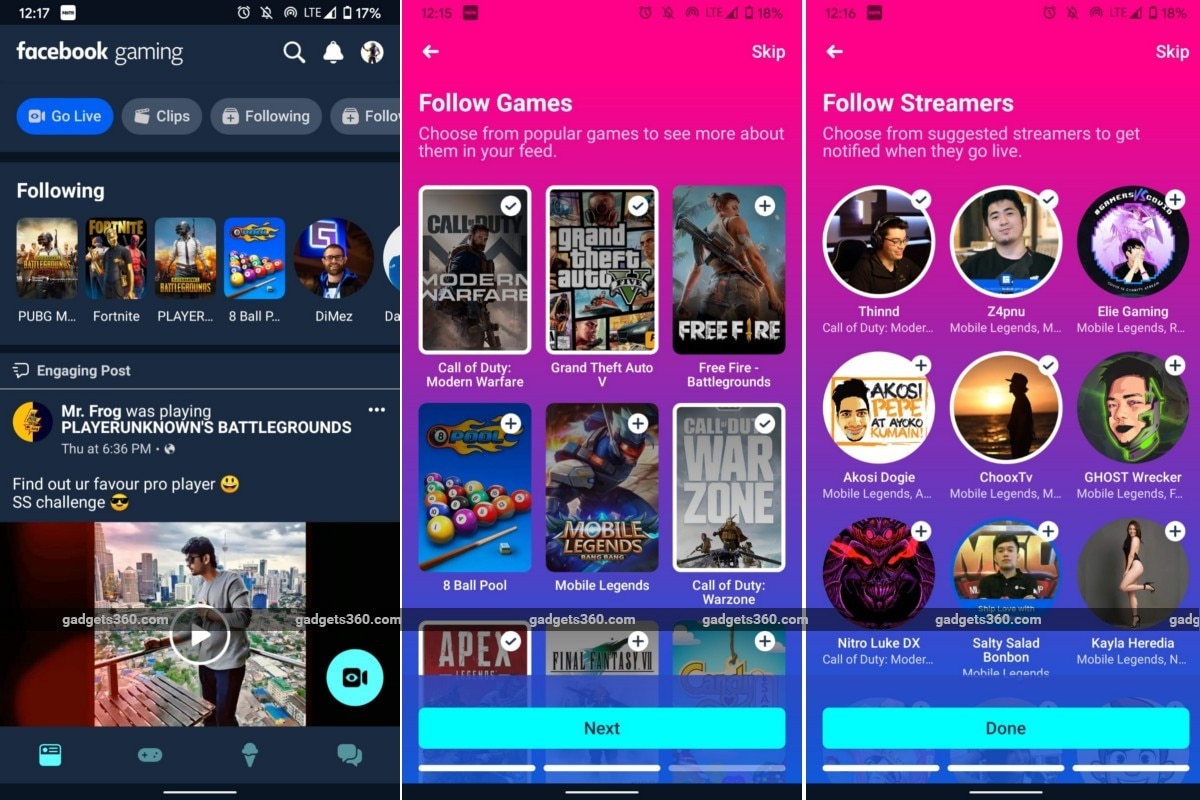 On the homepage, you’ll see a carousel that includes the aforementioned “Go Live” button, alongside “Clips”, “Following”, “Follow Games”, and “Groups” buttons. Tapping on the Go Live button for the first time asks you to add games installed on your phone. Once you tap on a title, the selected game will launch and your live stream will begin. You’ll see a rectangular ‘Live’ button while you are at it.

The Clips section is populated by video clips from streams that you might be interested in, while the Following section is where you’ll see the games and streamers you’ve already subscribed to. You can add more names to the list by tapping on the “Follow Games” button. Lastly, there is a “Groups” section where you can join communities of interest based on your gaming preference. 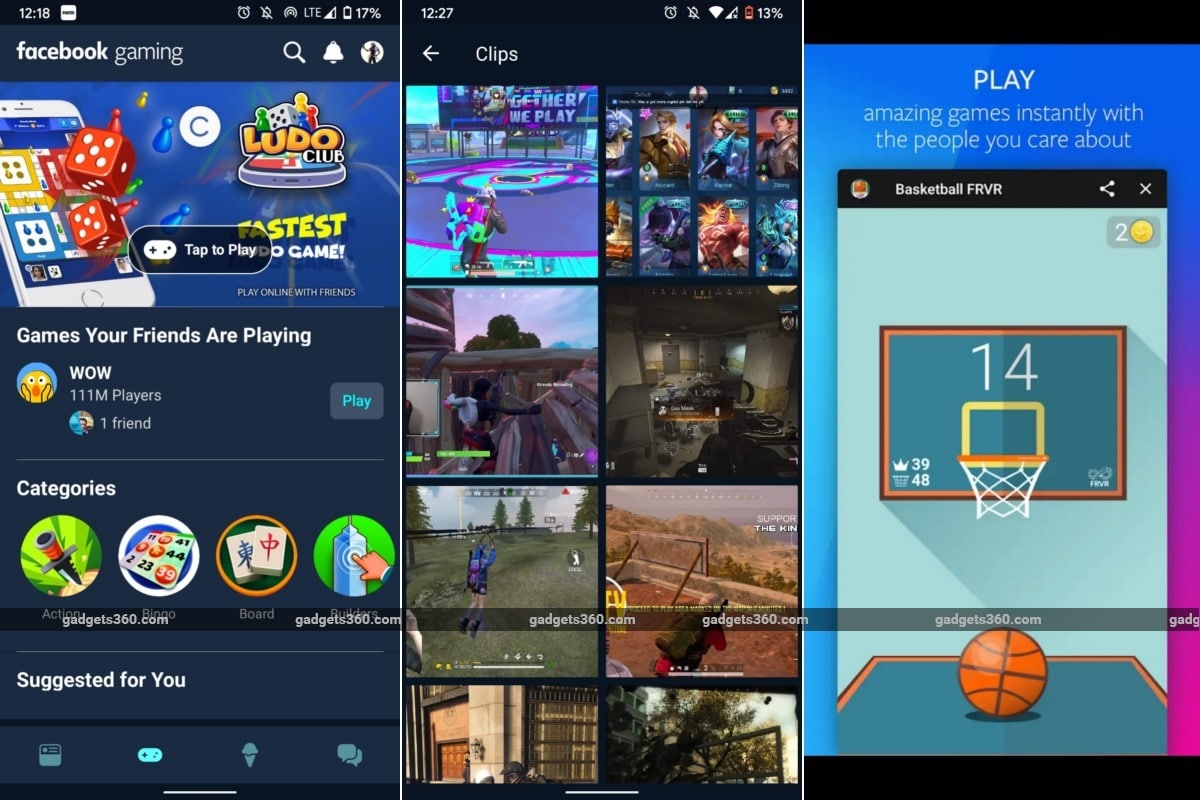 The feed is predominantly populated by clips and posts about game streams. At the bottom, you’ll find a controller icon that will lead you to the online games section. These are games that don’t require any file download and can be enjoyed on the go. There are also separate icons to open the messages and live stream page from other creators and friends.

It must be noted that you’ll first have to grant system-level access for the Facebook Gaming app to display over other apps (read: games), because this is necessary for starting a livestream. So far, the app’s interface looks fairly polished, and there is a wide selection of PC and mobile games that you can add to your list of interests. However, the app currently doesn’t have many of the popular streaming faces that you’ll find on Twitch and YouTube.

Facebook Chief Scientist Says ‘True AR Glasses’ at Least Five Years Away
USA still hasn’t figured out details of WeChat ban but promises users won’t be punished
Trump Said to Block US Downloads of TikTok, WeChat From Sunday
Alibaba wants to get you off the PC upgrade treadmill and into its cloud
HP Omen Frequency Wireless Headset With 7.1 Surround Sound, Up to 30-Hour Battery Announced