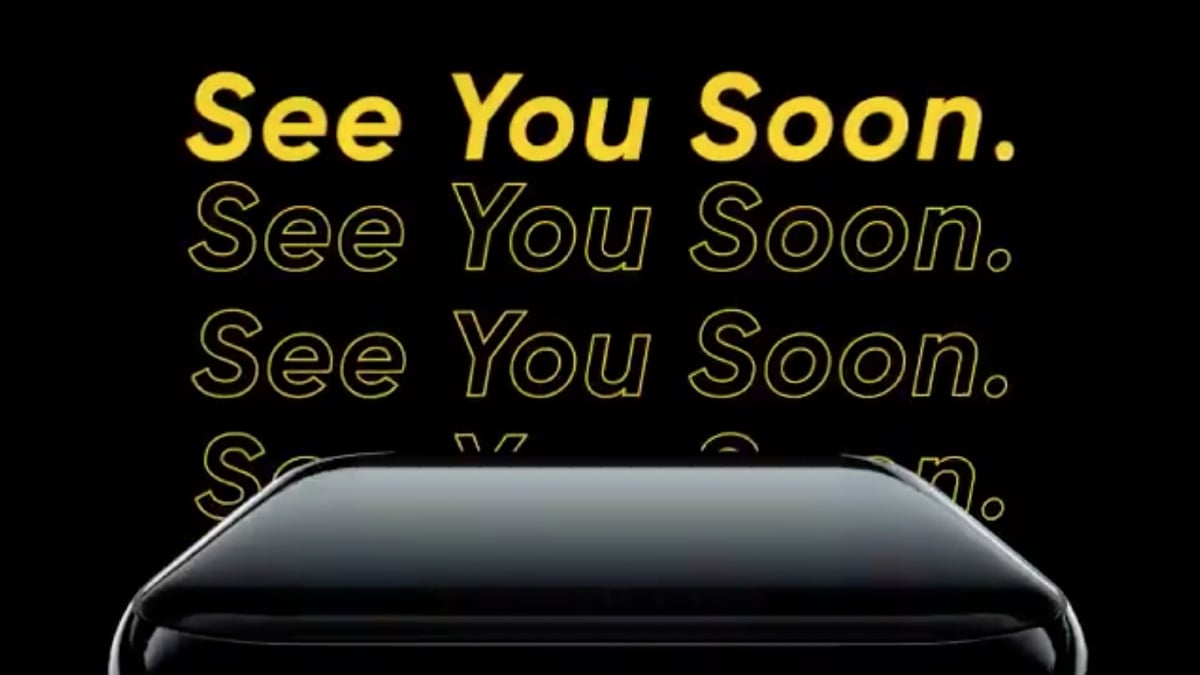 Realme Watch is coming soon as the Chinese company has started teasing its impending arrival. The new development comes just days after some renders of the Realme Watch surfaced online. The smartwatch by the Chinese company is rumoured to have an IP68-certified build with dust and water resistance and include a 1.4-inch display. Realme India CEO Madhav Sheth told Gadgets 360 earlier this year that the company had plans to enter the market of smartwatches this year. The Realme Watch will sit alongside the company’s existing fitness-tracking Realme Band.

The official Realme account on Twitter has shared a teaser video posted by the Realme Link handle that highlights the impending launch of the Realme Watch. The video has also separately been shared by Realme India CEO Madhav Sheth. The executive also hinted at its imminent launch by asking Twitteratis, “Our next AIoT [Artificial Intelligence of Things] products are on the way?”

As per the teaser video, the Realme Watch will come with a square-shaped curved display. The video also confirms that the smartwatch will be called Realme Watch.

This isn’t the first time when Realme has teased its smartwatch. Sheth was seen wearing the Realme Watch in a recent episode of #AskMadhav session on YouTube. The executive was also apparently wearing the same smartwatch while hosting the launch of the Realme Narzo 10 and Narzo 10A earlier this week. Moreover, the smartwatch worn by the executive looked similar to what we saw in the recently leaked renders.

While speaking with Gadgets 360 in March, Sheth hinted at the launch of the Realme Watch alongside various new audio devices, wearables, and smart TVs.

The Realme Watch is rumoured to have a 1.4-inch TFT display with 320×320 pixels resolution. It could offer 24-hour heart rate monitoring and include a 160mAh battery. Further, the smartwatch is said to have the IP68-certified build and run on a proprietary operating system. It is also claimed to deliver up to seven days of battery life on a single charge, even when using heart rate monitoring on a daily basis.

All those ‘teleworking is the new normal’ predictions? Not so much, says employers
Apple Not Playing Fair, US App Maker Blix Said to Write to EU’s Vestager
In a world where up is down, it’s heartwarming to know Internet Explorer still tops list of web dev pain points
Meet the ‘DPU’ – accelerated network cards designed to go where CPUs and GPUs can’t be bothered
How Among Us Found Success in Connecting People During a Pandemic