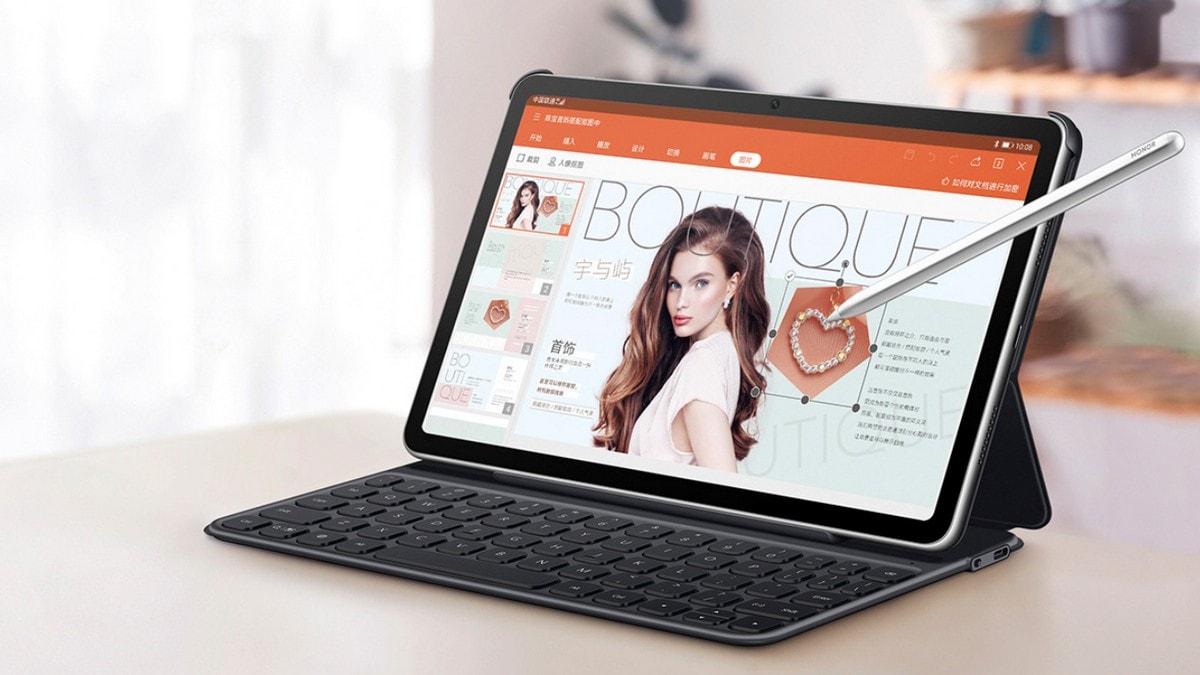 Honor V6 tablet was launched by the brand on Monday during the Honor Smart Life launch event in China. The tablet comes with 5G support, a 10.4-inch display, and a 7,250mAh battery. The tablet has an 84 percent screen-to-body ratio. The new tablet also comes equipped with a “Magic Pencil” having 4,096 pressure sensitivity levels. Honor brand’s owner Huawei had launched its MatePad Pro 5G in November last year that was claimed to be the first tablet in the world with 5G connectivity.

The newly unveiled Honor V6 features a 10.4-inch display with 2K (2,000×1,200 pixels) resolution and 84 percent screen-to-body ratio. The tablet is powered by the 7nm octa-core HiSilicon Kirin 985 SoC, coupled with 6GB RAM and 128GB of onboard storage. It runs Android 10-based Magic UI 3.1. However, the tablet lacks Google Mobiles Services. Therefore, users will have to depend on Huawei’s AppGallery for the apps.

The tablet has a 13-megapixel f/1.8 camera embedded at the rear with an LED flash. On the front, it has an 8-megapixel f/2.0 camera for selfies. With the tablet, you get a stylus called “Magic Pencil” with 4,096 level pressure sensitivity. It also comes with a Bluetooth connected keyboard. It supports 5G and Wi-Fi 6 connectivity as well. The Honor V6 packs a 7,250mAh battery with 22.5W fast charging support via a USB Type-C port.

Information on the price of the tablet and availability is not yet known but they can be expected by the next month. Its colour options include Wizard of OZ, Titanium Sky Silver, and Magic Night Black.

Prabhakar Thakur
A news junkie and politics buff, he now talks tech. He misses the days when he used to play NFS Most Wanted and Counter-Strike non-stop with his school friends.
More