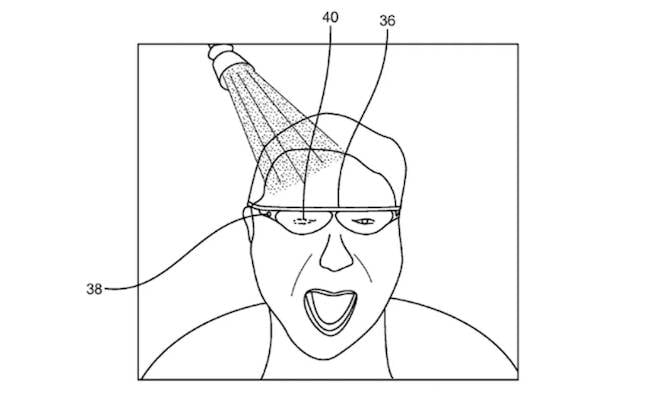 Comment The word on the street is that Apple is developing new augmented reality glass, with the work at an advanced stage. Prototypes, we’re told, have been made, and Cupertino is aiming for a 2021/2022 release. There’s also a name: Apple Glass.

The latest rumblings come from Jon Prosser, who has carved a name for himself with his (largely accurate) predictions about Apple’s movements.

Not everyone agrees: Ming Chi-Kuo, who is regarded as the “gold standard” for Apple rumours, is fairly lukewarm about the prospect. That said, if Prosser’s leaks turn out to be accurate, they suggest Apple has learned lessons from the Google Glass debacle.

To recap, in 2013 Google introduced a new category of face-worn product that promised to revolutionise how people interact with their phones. Google Glass would show information via an augmented-reality overlay, and would allow people to take pictures and place calls via voice recognition.

Except it was – at least as a consumer product – a dismal failure.

It was too conspicuous. Too creepy. Wearers were banned from bars, and in some cases physically assaulted. Plus it was way too expensive. The public image of Google Glass transformed almost overnight. It was no longer regarded as “the future of tech” but rather the preserve of the privileged, rich, and tasteless.

Google Glass further became a source of mockery when tech evangelist Robert Scoble posted a picture of himself wearing the glasses in the shower. The pic – which made the rounds of the blogosphere – became inextricably linked to the product, denting its esteem further, and reportedly pissed off former Google CEO Larry Page.

The mockups seen by Prosser are nothing like that. They’re virtually indistinguishable from a normal pair of bins, and can fit a pair of prescription lenses (sold separately, obviously). There’s also no camera. Instead, Apple Glass sports a LIDAR sensor, like that used on the current-generation iPad Pro.

LIDAR stands for “light detection and ranging”, and it’s not a new technology in any meaningful sense. It’s commonly found on driverless cars, where it helps identify potential obstacles and dangers.

Apple has bet heavily on LIDAR as the driver for its AR tech, and has managed to miniaturise and commoditise it to the point where it fits inconspicuously on a consumer tech gizmo. So it makes sense that it would make an appearance on the firm’s upcoming smart glasses. Crucially, LIDAR can comfortably coexist with the Apple’s privacy-focused brand image, while a camera that’s always on might struggle.

Like Google Glass (and the first-generation Apple Watch), Cupertino’s attempt is expected to rely on a paired smartphone to work. It’s also believed to come with inductive (wireless) charging, compared to the since-discontinued Google Glass, which charged via MicroUSB.

What isn’t clear is what the product’s application will be. However, Prosser stated that the UI framework will be called StarBoard, a nod to the iOS UI, which has the codename “SpringBoard”. It’ll also reportedly use gesture controls with the LIDAR scanner, as well as rubbing the arms of the glasses to make things work.

Google Glass debuted at $1,499, eventually dropping to $1,000. Apple is reportedly aiming for a $499 price tag, plus the cost of prescription lenses. That’s still steep, but certainly within the realms of what you’d expect from a first-generation bit of Apple tech. And it’s also not far removed from early Apple Watch pricing.

For years, talk has circulated about Apple working on smart glasses so the recent claims from Prosser aren’t exactly a surprise.

If they come to fruition, it wouldn’t be unthinkable to imagine rival firms following suit. Google could revisit the consumer market it hastily abandoned with Google Glass. More likely, it’d dip into its WearOS playbook and license an operating system to other OEMs in the Android ecosystem.

That would likely result in cheaper kit coming from the likes of Huawei (if it resolves its woes with the US government) and Xiaomi, providing competition to Apple on the price front. And it might tempt traditional glasses makers – like Vision Express in the UK, or Warby Parker in the US – to dip their toes into the consumer tech world.

Of course, that’s largely reliant on Apple Glass being a success. For that to happen, it’d have to solve a meaningful problem, and attract developers – who might be leery of investing time and money into an unproven platform.

Apple would also have to demonstrate that it’s solved the usability issues of Google Glass. Perhaps the biggest thorn in the side of Mountain View’s effort was that it caused many users to suffer from excruciating headaches.

Fail here, and punters will end up grumbling that they should have gone to Specsavers. ®