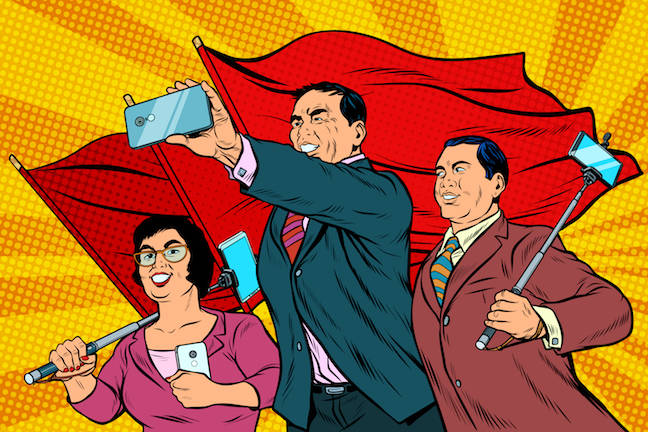 China will move to cut the cost of internet connections for local companies as part of its post-pandemic push to restore its economy.

News of the cuts came as Premier Li Keqiang addressed China’s National People’s Congress, the nation’s equivalent to a Parliament. The Congress is, however, rather different from other Parliaments in that it sits for just two weeks a year and even those sittings don’t feature a lot of debate.

Premier Li opened the Congress today with a speech that did not include setting a growth target for the year ahead. China usually announces such a target then achieves it handily, but this year Premier Li said “our country will face some factors that are difficult to predict in its development due to the great uncertainty regarding the COVID-19 pandemic and the world economic and trade environment.”

Which is just a tad scary for the world economy.

China’s response includes a round of macro-economic measures it feels will help local businesses to get ahead, such as cutting power prices and rents, interest payment deferrals, . Premier Li also announced “The rates for broadband and dedicated internet access services will be cut by 15 percent on average.”

The government has also decided the Net will help it out of the mess we’re all in as follows:

We will promote the industrial internet and boost smart manufacturing. New forms of business such as e-commerce, online shopping, and online services have played an important role during the COVID-19 response and more policies will be introduced in support of such businesses. We will advance Internet Plus initiatives across the board and create new competitive strengths in the digital economy.

Internet Plus is China’s plan to ensure major industries are ready to deliver and/or take advantage of online services. Helping things along in the coming 12 months will be efforts that Premier Li said will “develop next-generation information networks and expand 5G applications” and “foster technology and data markets”.

The speech also mentioned increased use of “new-fuel” cars, many pollution-control efforts, further clean energy pushes and a promise that “Illegal hunting and trading of wild animals will be severely punished.”

Make of that last one what you wish as you enjoy some home-delivered food and the lovely weather today, Februtember the 37th.

There’s two more weeks of this stuff to come, much of it concerned with domestic matters. But with US/China tensions high over tech, trade, Taiwan, the COVID-19 pandemic, and another NPC initiative that would further reduce freedom in Hong Kong all live issues, The Register will keep an ear open for other shifts that touch on tech. ®