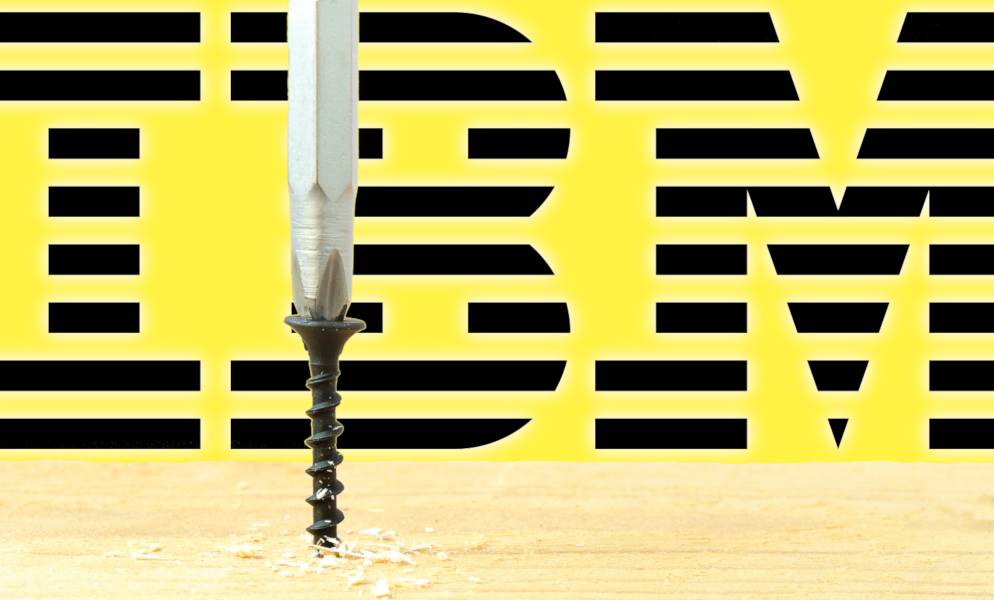 IBM is swinging the axe on its staff, with significant numbers of employees not attached to the cloud being told their time at Big Blue is up.

In response to questions from The Register about the extent of and nature of the cuts, the IT grandee did not deny jobs will be lost and declined to offer specific numbers “for competitive reasons.”

One IBM staffer of The Register’s acquaintance described the action as a further “pivot” towards the cloud, and that their role in the off-prem side of the business left them feeling well-positioned. A Reddit thread offered similar sentiments, with one netizen noting “most of our team survived; I guess we’re a ‘journey to cloud™’ team so that helps us out relatively.”

Other sources, though, say cuts have been made in some of the US corp’s cloudier businesses. A thread on the Watching IBM Facebook group, which tracks layoffs at the biz, mentions a reduction in headcount within cloud and cognitive software teams and Watson health.

Whole departments of the Global Technology Services (GTS) wing were let go on a single day, and the Global Business Services (GBS) team has also been hit hard. Even Indian workers weren’t spared the axe.

A thread on The Layoff included a comment from an anonymous poster saying the GTS and GBS teams will shrink by 40 percent and 25 percent, respectively. The whisperer added IBM even looked at cutting its storage and POWER systems businesses loose, and that some of the cuts are to reduce overlaps between IBM’s teams and those of recently acquired Red Hat.

Bloomberg carried a report that quotes an un-named IBMer reading from internal Slack messages that suggest the number of lost jobs could be in the thousands.

IBM told us that dumped workers in America will receive “subsidized medical coverage … through June 2021.” The forums we’ve probed agree that staff have been given 30 days of notice, and 90 days of severance pay.

Big Blue foreshadowed these cost-slashing measures in its Q1 FY 2020 financial results on April 21, when CFO Jim Kavanaugh told investors: “In this environment, we’ve taken quick and prudent actions to manage our cost and expense, further improve our liquidity position, and focus on opportunities to emerge stronger.” Kavanaugh also detailed that GTS revenue had dropped six percent, year on year, and GBS revenue was flat, while Cloud & Cognitive Software sales were up five points.

At the time of writing, IBM has not made any regulatory filings to explain the layoffs. A statement from the tech titna read: “IBM’s work in a highly competitive marketplace requires flexibility to constantly add high-value skills to our workforce. While we always consider the current environment, IBM’s workforce decisions are in the interest of the long-term health of our business.”

Yet there’s no sign IBM is adding any new people or new skills: none of the threads we’ve found suggest any new training or refocusing for remaining employees. Indeed, some posts were made by staff who recently completed certifications on major cloud platforms but were still let go.

The question therefore remains open as to whether the layoffs are focused on IBM keeping costs low to cope with post-pandemic economic woes, doubling down on cloud, managing the decline of its services business, cutting staff from AI-driven initiatives that aren’t doing well, or all of the above. ®