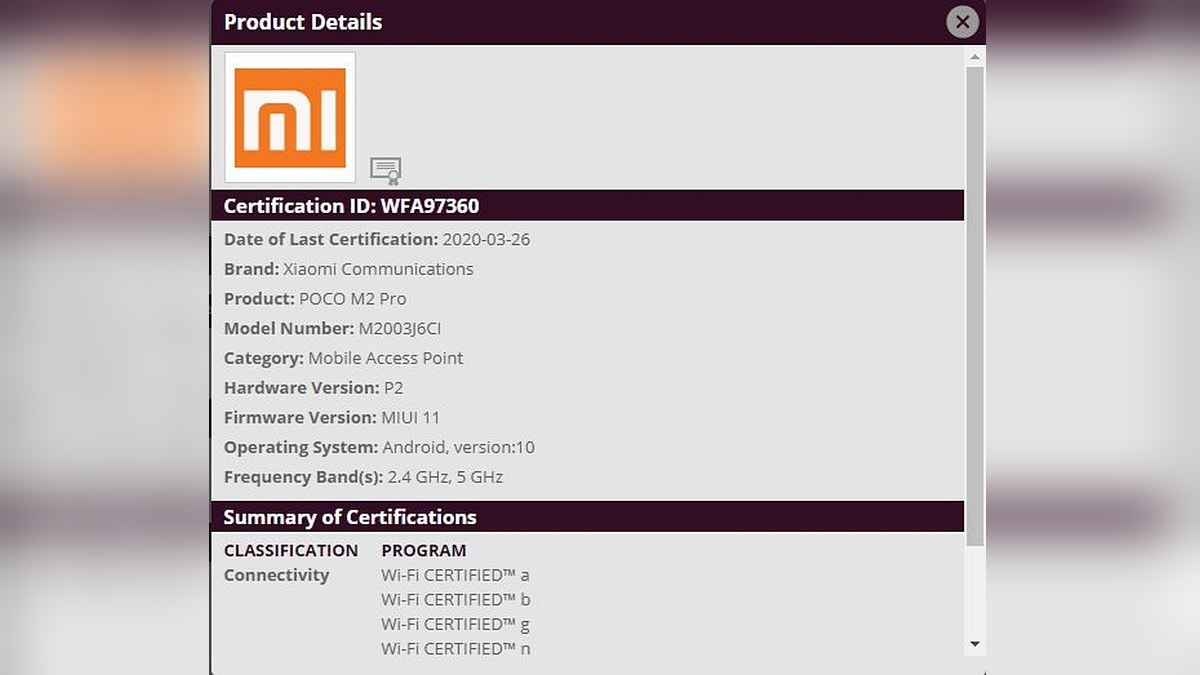 Poco M2 Pro has got its Bluetooth SIG and WiFi Alliance certification, suggesting that the upcoming smartphone will be launched soon. The two listings share some details about the Wi-Fi and Bluetooth specifications that can be expected from the new Poco phone. The listing also clearly states the model number for the Poco M2 Pro as M2003J6CI, which is similar to the model number of Redmi Note 9 Pro – M2003J6A1I. As of now, Poco has not confirmed any details about the Poco M2 Pro or its launch date.

Further, the Poco M2 Pro was spotted on Xiaomi India’s RF Exposure Page which may indicate the company will make an announcement soon.