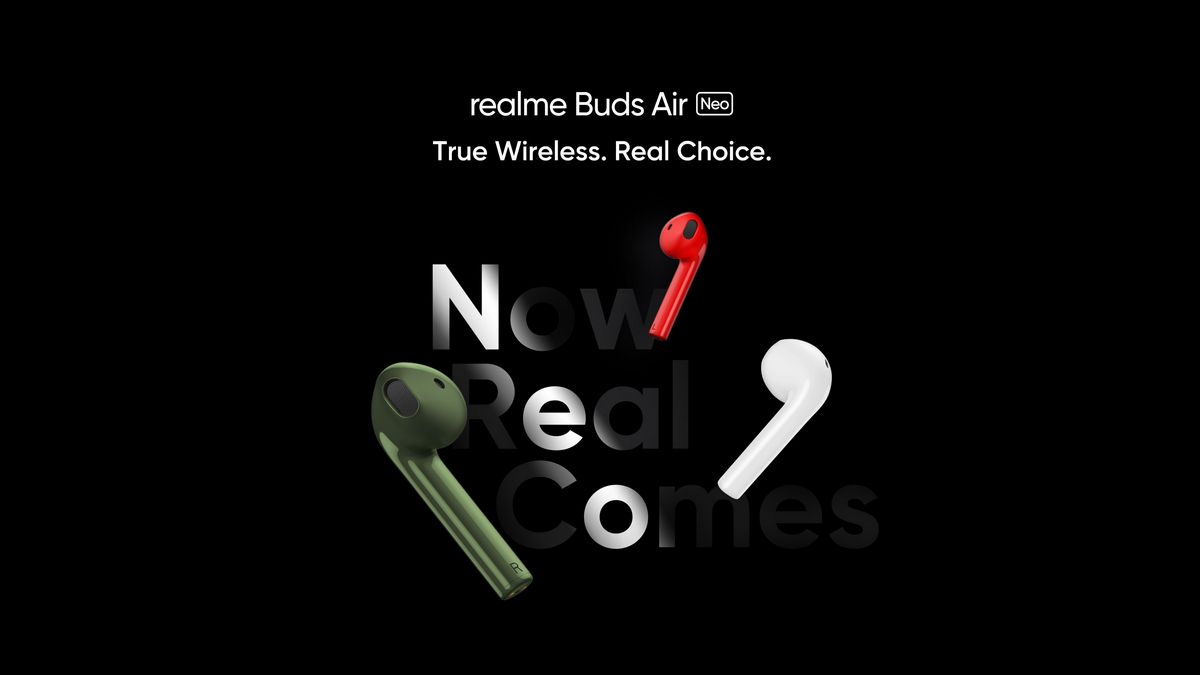 Realme itself has not shared pricing for the Realme Buds Air Neo, but according to a leaked poster first spotted by MySmartPrice, their price is Rs. 2,999. The poster also states that the TWS earphones will be available through Flipkart, Realme.com, and offline stores.

The Realme Buds Air Neo will be launched in three colour options on May 25 alongside the Realme TV and Realme Watch. The event will start at 12:30pm, as per the teaser page on the official website.

The Realme Buds Air Neo are the successor to the Realme Buds Air that were launched late last year and marked the company’s entry into the true wireless audio space in India. The Buds Air are priced at Rs. 3,999 and judging by the leaked pricing for the Buds Air Neo, they seem to be a toned down version of the original Buds Air.

Realme has teased some of the specifications for the Realme Buds Air Neo through the teaser page. They will be powered by 13mm drivers, have 3 hours of playback on a single charge, and 17 hours of playback with the charging case. They support dual channel transmission with Bluetooth v5.0 and feature super low latency mode, which the company says offers “50 percent lower latency compared to normal mode.” The Realme Buds Air Neo have touch controls for music, calls, voice assistance, and more.