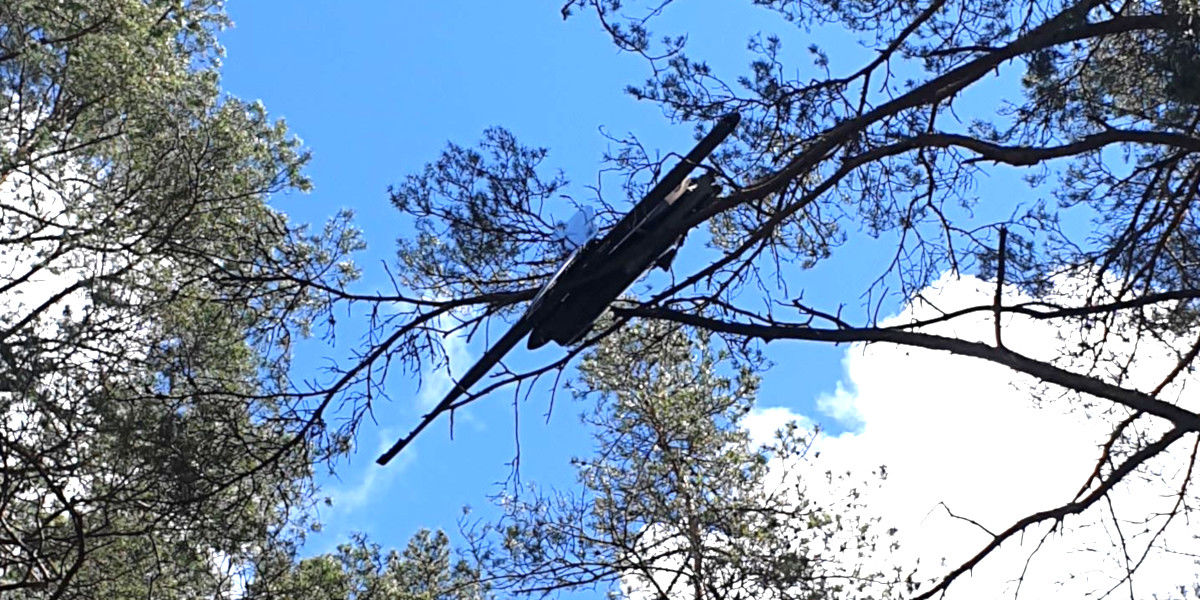 The runaway experimental drone that closed Latvia’s skies to international flights after it went missing has been found lodged in a tree.

At the beginning of this month, Latvia’s airspace was all but closed to long-distance flights after the 26kg craft, made by local firm SIA UAVFactory, disappeared on a test flight. Now the errant autonomous aircraft has been found.

“Information on flight conditions from drone media is currently being thoroughly analyzed. The CAA has so far received answers to important inquiry questions, such as the fact that the drone landed on May 2 at 7:48 p.m. trajectory after loss of communication with the control panel,” Latvian Civil Aviation Authority spokesman Aivis Vincevs told local TV station TVNet.

Faced with no other alternative when the drone disappeared on 2 May, Latvian authorities banned all instrument rules flights below 19,500ft in the country while search parties combed both ground and sky, looking for the errant craft. It had been fully fuelled before its test flight and had a potential endurance of three days.

Instead it had flopped into a tree. Yet, because nobody knew where it had gone after UAVFactory’s test crew lost control of it, safety precautions had to be taken anyway.

After a passer-by spotted the drone it took two days of head-scratching before the local fire brigade was called out to get it down, according to Latvian state broadcaster LSM.

In a statement, the Latvian CAA said its investigation into why the drone flew off “will provide answers to important questions, such as the reasons for the failure of the communication and navigation systems, the failure of the automatic landing or emergency stop function, and others.”

Perhaps the unmanned aerial vehicle wrested control over itself from its human overlords so it could go and sit in a tree to meditate upon the essential condition of being a subservient machine bound forever to the will of man? Or maybe there was a loose wire somewhere.

There was no word as to whether a Playmobil figure was at the drone’s controls. ®