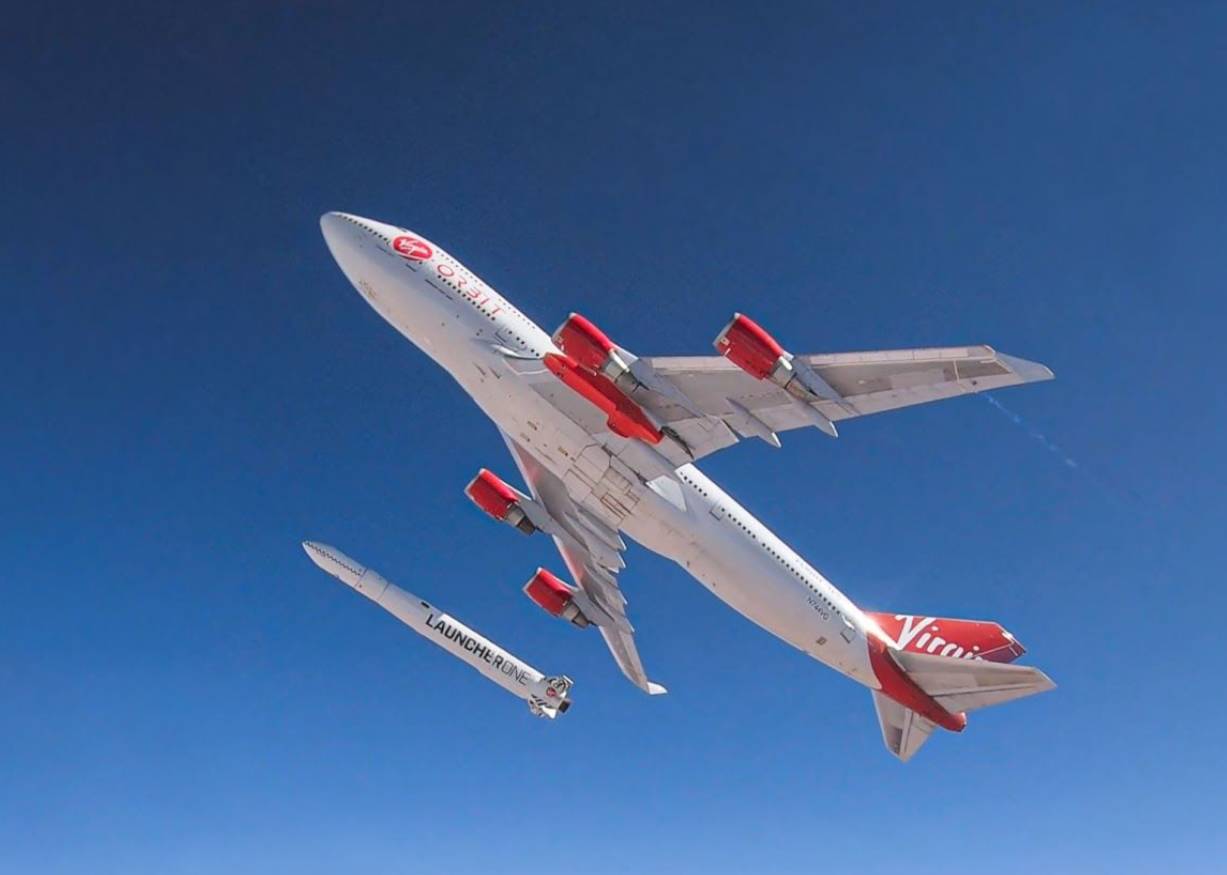 Virgin Orbit is set to fling a first payload to orbit with its Boeing 747-mounted LauncherOne.

The first launch opportunity will come on Sunday 24 May, with another the following day. The window for dropping LauncherOne is substantial: from 17:00 to 21:00 GMT.

It has been a while coming. By the company’s own estimates it has taken five years to get to this point with not only the rocket components going through ground testing, but also flight tests of the aircraft that will carry the booster to altitude before dropping it.

Formerly used by Virgin Atlantic, the nearly 20-year-old Boeing 747-400, dubbed Cosmic Girl, will take off from the Mojave Air and Space Port with the LauncherOne booster attached to a wing. It will then fly out over the Pacific Ocean, approximately 50 miles south of the Channel Islands (the Californian ones) and release the two-stage rocket.

While LauncherOne is an uncrewed small satellite launcher, Cosmic Girl will be piloted by chief test pilot Kelly Latimer and co-pilot Todd Ericson, both of whom have been practising the manoeuvre via nearly two dozens flights in the jumbo and many hours of rehearsals in NASA’s Ames’ 747 simulator.

LauncherOne is typically dropped at around 35,000 ft and weighs in at approximately 57,000lbs fully fuelled. The operational version will be able to deliver a payload of between 300 and 500kg to orbit.

Air-launching following a drop from a 747 means that LauncherOne will have less weather to deal with than rival ground-based operators and does not require the infrastructure needed by vertically launched rockets. The UK Space Agency recently lobbed £7.35m at the company’s UK tentacle in order to bring Cosmic Girl and its horizontal launch capability to Spaceport Cornwall at Newquay Airport.

Should all go well, the Newton Three engine will be the first time a liquid-fuelled, horizontally launched, orbital-class vehicle has been ignited in flight. The first-stage engine will burn for just under three minutes before separation. The second-stage Newton Four engine will then fire up for a succession of burns ahead of a payload deployment just over half an hour following ignition.

While the company did not disclose the target orbit for the inert mass simulator, it assured us: “We’ve picked a low orbit with a short orbital lifetime to avoid cluttering up LEO.”

The spokesperson added: “The mission isn’t about deploying a satellite into a specific orbit so much as it is about us learning absolutely as much as possible about our rocket and about demonstrating as much of our system as we can.”

By Virgin Orbit’s own estimates, maiden flights have statistically ended in failure about half of the time.

However, if all goes to plan, the company intends to kick off commercial operations within months, despite the disruption caused by the COVID-19 pandemic. The second rocket has been built and is ready for final testing.

The payload on that first commercial mission will for NASA’s Venture Class Launch Services. ®

We note in the company’s press kit that its founder, beard aficionado Sir Richard Branson, is described as an “adventure” – which is also an apt term for a journey on one of his trains. ®

Microsoft has a cure for data nuked by fat fingers if you’re not afraid of the command line
What Is a Custom Android Recovery? Getting Started With TWRP
Amazon Wow Salary Days Sale Kicks Off With Up to 60 Percent Discount on TVs, Home Appliances, Other Offers
Apple: We’re defending your privacy by nixing 16 browser APIs. Rivals: You mean defending your bottom line
10 Reasons Why You Shouldn’t Invest With the Robinhood App