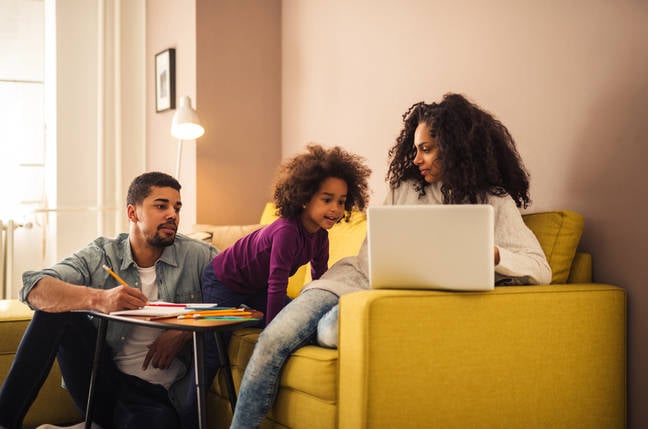 As many in the broader IT sector walk around with a fire extinguisher, Nvidia is oiling its fiddle, reporting that revenue hit $3.08bn [PDF] for Q1 2021 ended 26 April, up 39 per cent from last year.

Nvidia attributes much of that performance to its data centre business. Sales of kit including DC chips were up a full 80 per cent to $1.14bn for the quarter, representing 37 per cent of the firm’s overall Q1 revenue and the data centre unit’s first $1bn quarter.

The sector, specifically the hyperscaler segment of cloud builders, has proven remarkably resilient. While other aspects of the tech industry – like smartphone and semiconductors – have seen their revenues flag in recent months, spending on cloud is estimated to have grown 39.3 per cent year-on-year in Q1 2020, according to Canalys. It’s due to the surge in those confined to their homes, either because they’ve been furloughed, or because they’ve been pressganged into working remotely.

As a supplier to this sector, Nvidia is reaping the rewards this time round – being reliant on component buyers at the cloud builders isn’t always a positive thing when they decide to turn off the taps.

Nvidia CEO Jensen Huang described the demand for GPUs from data centre clients as “the strongest we’ve ever seen” and told analysts on an earnings call that the firm was in a multi-year ramp as the sector continues its stratospheric growth.

“I think that accelerated cloud computing is a movement that is going to be a multi-year, if not, a decade-long transition,” he said. “From where we are today, it’s only a $100bn segment of the IT industry. It’s going to be $1 trillion some day.”

It also helped that Nvidia provides the GPU tech for the Nintendo Switch and Switch Lite, both of which sold like narcotic-laced hot cakes in the first quarter, bolstered by the worldwide lockdowns, as well as the release of the new Animal Crossing title.

On the professional side, Nvidia also saw demand for its workstation GPUs spike 15 per cent year-on-year to $307m. This came on the back of an increasingly remote workforce, as well as demand from healthcare clients.

Automotive, on the other hand, saw revenues of $155m, down 7 per cent from a year earlier. CFO Collette Kress told the earnings call: “The automotive industry is seeing a significant impact from the pandemic and we expect that to affect our revenue in the second quarter as well, likely declining about 40 per cent from Q1.”

For Q2, Nvidia forecast revenue at $3.65bn, although that factors in a contribution from new acquistion Mellanox in the “low-teens percentage”. It bought the company, which makes data centre networking kit and InfiniBand interconnect tech widely used in HPC, in March 2019 for $6.9bn. ®