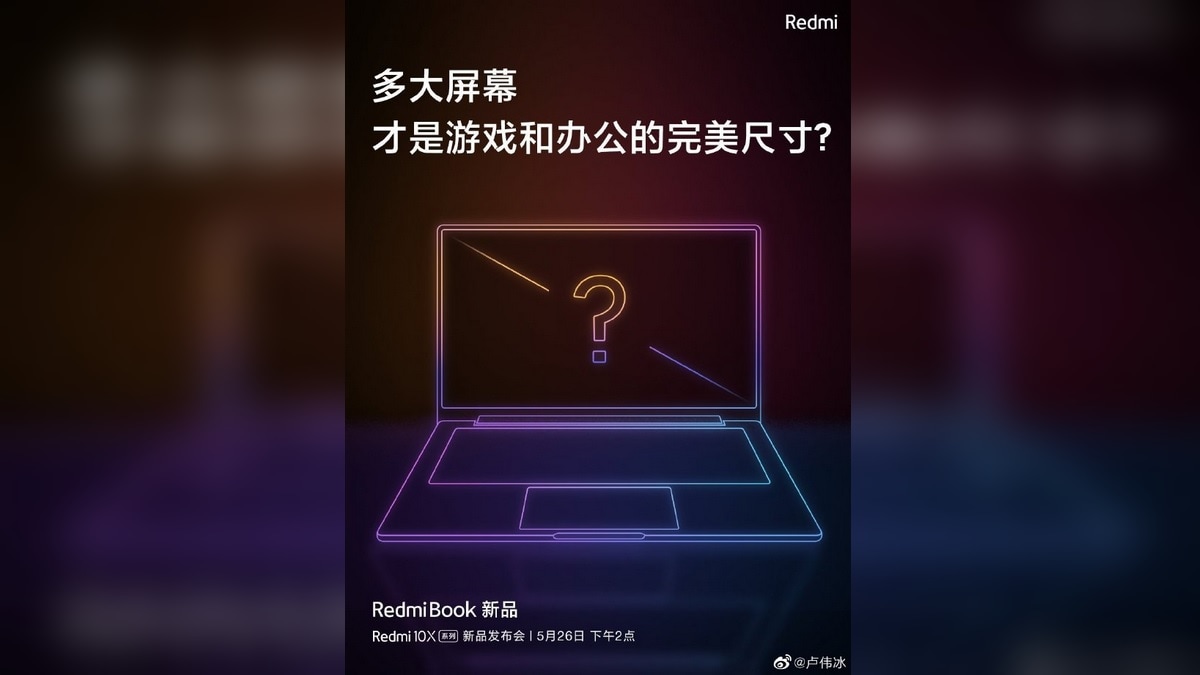 RedmiBook, the laptop from Xiaomi’s Redmi sub-brand, is expected to get new models in just a few days. Redmi was expected to launch three new RedmiBook models by the end of this month as suggested by listings on a Chinese e-retailer. But Lu Weibing, General Manager of Redmi Brand, revealed that the new RedmiBook will launch in China on May 26, alongside the Redmi 10X phone. Key specifications present in two of the three RedmiBook models have also been leaked. Two images with the leaked specifications for the TIMI TM1951 and TIMI TM1953 model numbers, rumoured to be two of the RedmiBook models, were shared by a tipster on Twitter and they hint at the processor, clock speeds, and other specifications.

Weibing shared a post on Weibo along with a poster revealing the May 26 launch date for the RedmiBook, alongside the Redmi 10X. The digital event will start at 2pm (11:30am IST). The post states, “Small screens for games are not fun, and large screens for offices are not portable. What size screen is the perfect size for both” (translated). This sounds like a hint at the new 16-inch RedmiBook model that was among the three listed on Chinese e-retailer JD.com. 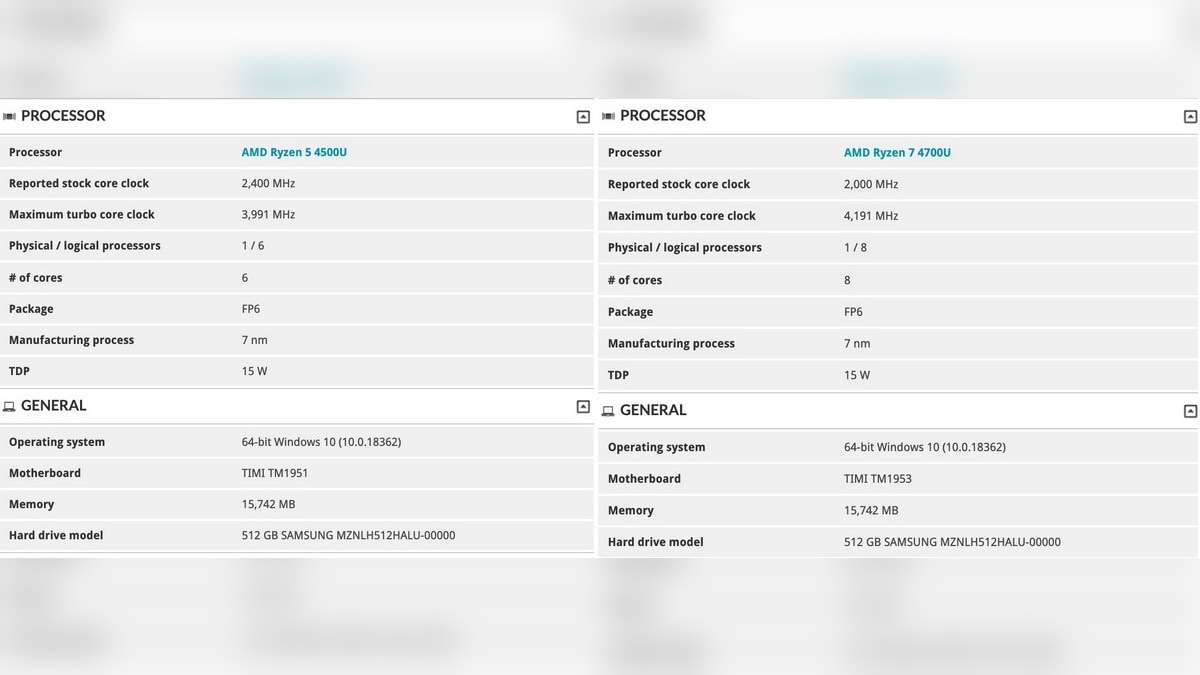 According to the two images in a tweet by tipster @_rogame, two of the RedmiBook variants come with model number TIMI TM1951 and TIMI TM1953. Both of these models have 16GB of RAM and 512GB of SSD storage and while this was previously leaked through the listing on JD.com, the tweet tell us the 16GB RAM is DDR4 with 2,666MHz clock speed and the 512GB storage is a Samsung PM881 Sata SSD.

The other RedmiBook, model number TIMI TM1953, is apparently powered by the eight core AMD Ryzen 7 4700U processor. The base clock is 2GHz while the boost clock is 4.1GHz. It also comes with a 64-bit version of Windows 10. Both the laptops seem to have the same power draw at 15W.

Aside from the RedmiBook and Redmi 10X, Xiaomi is also going to launch a new series of TVs under the Redmi brand on May 26. They are named Redmi TV X50, Redmi TV X55, and Redmi TV X65. There is no information available for the three TV models as of yet.