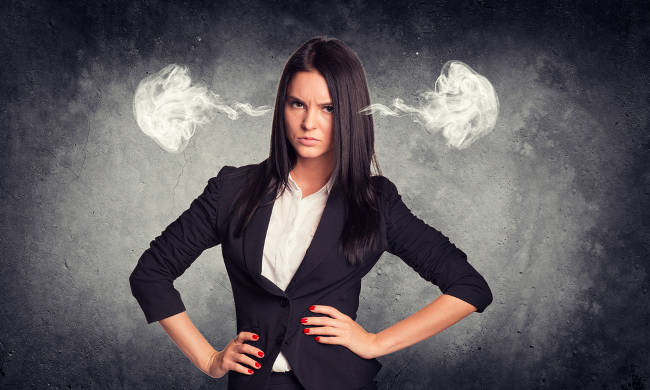 Analysis In many ways it’s a rite of passage in America: being ripped off by your cable company and trying to figure out how they did it. Now a lawsuit against Charter Communications is seeking to uncover just that.

The biggest scam of all – pressuring or forcing subscribers to “rent” the clunky, technologically outdated cable box at a greatly inflated price – is still in place, despite a brief effort by the FCC in 2016 to shut it down.

And then there are hidden costs – such as “broadcast TV fees” and “regional sports fees” – raking in tens of millions of dollars in pure profit for unscrupulous cable companies, despite Consumer Reports focusing on the topic for a number of years, and now Congress even starting to pay attention.

But although we have all grown used to our cable fees rocketing the second you are off the special two-year contract rate, requiring you to call up the company and threaten to move to a competitor until you are offered the next incredible special deal, Charter may have pushed things too far with its latest special offer: a two-year flat fee deal that somehow, it is claimed, grew more expensive every month.

Five Charter Communications customers, based in Ohio and Kentucky, have formally accused [PDF] the company of a bait-and-switch scam for its cable TV service. The biz advertised a fixed monthly rate, they say, but far from being fixed, every few months it cost a little more.

How did it do it? The lawsuit lists a number of ways.

Forget “broadcast TV fees” because now we have a “broadcast TV surcharge.” It’s not a fee that changes – “fees” are something that Congress and others are now watching – no, it’s a surcharge. It started as $1 a month back in 2010 but by 2016 was $6.05, and then it has steadily increased to the point where it is now $13.50 per customer per month.

In order to get the special promotional deal with a two-year contract that Charter offers, customers are lucky enough to receive a “discounted” rate. That “discount” stays the same, except, unfortunately, the list price that it is attached to doesn’t. So when that list price keeps on increasing, despite the “discount” the actual amount of money the customer is required to pay goes up.

“This is yet another way Charter deceives customers into signing up for what they think is a set rate for a set period, but where Charter actually reserves for itself the ability to arbitrarily increase that rate at any time,” the lawsuit complains.

Charter is also alleged to remove channels that were originally part of the deal – and then charge more to continue including them. “Charter lists on its website each and every channel included with each of its cable television service packages, but later removes channels, such as the Cinemax movie channels… and then informs customers that they must pay an additional fee to continue to access the removed channels,” the lawsuit claims. So you end up paying more for the same thing.

Wait, wait – I got it this time, says FCC as it swings again at rip-off US TV cable boxes

And, lastly: the old equipment fee. You might imagine that as time goes on the value of electronic goods would go down, based on, you know, every piece of electronic equipment that has ever been produced. But not cable boxes because, amazingly, they actually increase in value of time.

“Charter regularly increases the charges for “Spectrum Receivers” (i.e., the cable boxes required to receive the cable television channels) in the middle of a promised fixed-rate period,” the lawsuit states. “Through this bait-and-switch scheme, Charter has unfairly and improperly extracted billions of dollars in ill-gotten gains from consumers across the country, including those in Ohio and Kentucky.”

In one sense this is nothing new, cable companies have used this infuriating sales technique for so long that it’s become the norm and the entire sales and marketing teams have been built around it. By tying people in contracts and finding ways to stick in extra fees, they are able to advertise lower rates and so pick up customers.

But the lawsuit claims Charter has gone too far this time by failing to provide sufficient information to people so they can figure out quite how they are going to be screwed.

From the lawsuit: “Charter has advertised its fixed-rate plans through numerous video advertisements, shown on television and on the internet. These advertisements quote a flat monthly rate—for example, ‘29.99/mo.’—with no asterisk or fine print shown alongside the quoted rate. Some of these ads have no fine print or other disclosure about surcharges or price increases whatsoever.

“Other ads have displayed fine print during the ads’ final seconds that is at best a large block of difficult or impossible to read fine print using vague language that ‘install, taxes, fees, surcharges, & other equipment extra.’” It gives examples, and links.

The lawsuit even alleges that Charter “instructs its agents to refrain from disclosing the existence of any so-called surcharges imposed by Charter that are not related to government fees—and in fact agents assert that none exist.”

The lawsuit also walks through signing up to one of its services online and now that even at the very end, where there is a link to the terms of service – which, let’s be honest, no one reads – even the terms of service don’t mention “any specific surcharges; the Terms of Service contain only vague references to the possible existence of surcharges in general.”

The plaintiffs are looking to make it a class action lawsuit and pull in other Charter customers in Ohio and Kentucky to get the company for “unjust enrichment.”

Of course, Charter will just see it as the cost of business. To which the only real answer of course, is – if you are able to – find an ISP that promises a true flat fee and cut the cord, subscribing to only the streaming services you want.

A spokesperson for Charter was not available for immediate comment. ®

Apple AirPods Studio Over-Ear Headphones Surface in Alleged Renders, Design and Key Features Tipped
It’s been a vintage year for bug bounty hunters, says HackerOne as it boasts of $40m+ passing through its treasure chests
Before you buy that managed Netgear switch, be aware you may need to create a cloud account to use its full UI
TikTok Users Play It Cool Over Latest US Ban Threat
Apple CEO Tim Cook Says Fires, Storms Show Impact of Climate Change