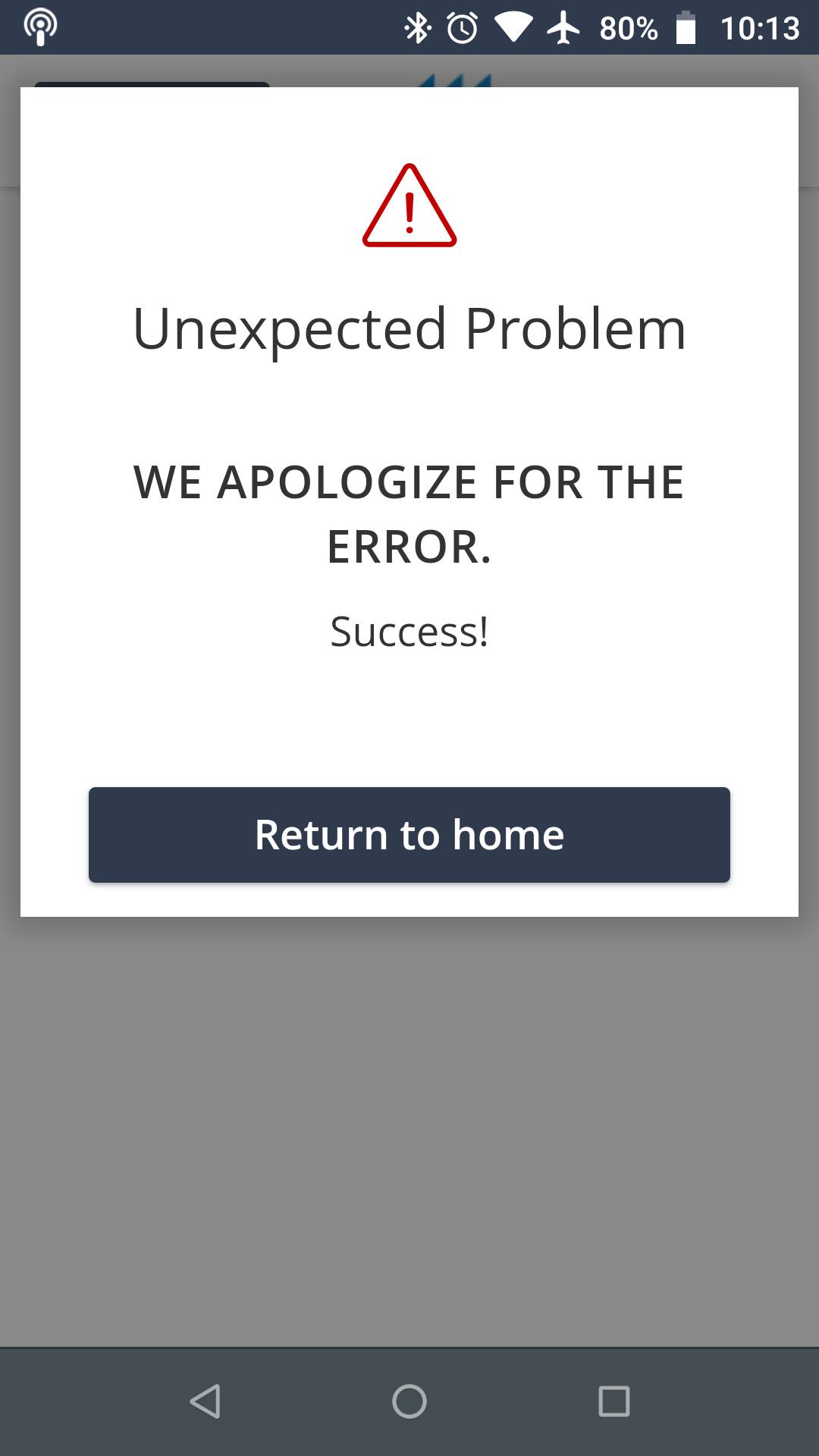 Bork!Bork!Bork! Welcome to another entry in the pantheon of borkage. This time from an Android app demonstrating that the path to success is to first find failure.

We’re wondering if the “Success!” may have been left in by a tired dev wanting to be sure the code had actually reached a certain point but forgot about that dread failure scenario: the “Unexpected Problem”.

Still, let they who have never left a debug whoopsie in the code cast the first stone.

The app itself, provided by the Andrews Credit Union (lurking in the Google Play Store as the marvellously named “Andrews FCU Mobile“), purports to give its users “All access, all the time” but judging by the reviews in Google’s app shack, the wheels came off a bit over the last few months.

Comments such as “horrible”, “terrible” and the colourful “sucks butt” now adorn the page, while older reviews dispense five stars with abandon.

A recent update appears to have not gone down well.

Indeed, our reader Tom observed that the refresh has thrown “nothing but errors” while inflicting a “worse interface”.

As for Andrews itself, it began life back in 1948 when eight people deposited $5. It now lays claim to over 133,500 members using its “high-quality financial products and services” and assets of more than $2bn. Impressive growth, sure, but sadly not enough to ward off the curse of bork.

Still, one of the outfit’s mottos is “We’re committed to your financial success.”

After a glance at the bizarre message, Tom reworded it thusly: “Finding failure in your success.”

It could always be worse. The screenshot might have shown “Got to here without crashing!” or “[insert name here] does [insert act here] to [plural of the recipient of said act]” as a critical bit of code was reached.

Unless the app always shrieks “Success!” no matter how badly wrong things have gone. ®