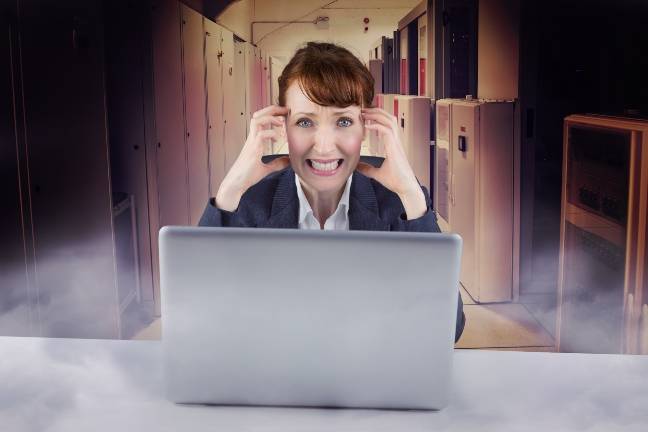 On Saturday, at 10:48 UTC, Sectigo’s AddTrust legacy root certificate expired, causing a bit of weekend havoc for thousands of websites and services that rely on it for making a secure TLS/SSL connection.

When connecting to a TLS server, the server sends a certificate to the client to establish its identity, and an intermediate certificate that links the server cert to a trusted root certificate. This forms a chain of trust. When that chain breaks – because a certificate is invalid or missing – errors occur.

Some apps, like website monitoring app Oh Dear, warned users ahead of time so they could remove the expiring certificate before things broke.

GCC 10 gets security bug trap. And look what just fell into it: OpenSSL and a prod-of-death flaw in servers and apps

Ayer’s SSLMate also managed just fine. “I saw this coming over a year ago, and configured SSLMate to start providing a chain without AddTrust External CA Root,” he wrote, in what we imagine was a slightly smug tone.

The damage as measured in time seems to be not more than a few hours. Heroku was down for about 70 minutes fixing things up. Turnitin reported downtime of about 2.5 hours.

Modern browsers should not be affected because they’re designed to use the SHA-2 root (COMODO or USERTrust) as an alternative trust chain. But applications that rely on older versions of OpenSSL and GnuTLS weren’t designed to deal with bad certs.

“Lots of embedded software doesn’t handle this,” said Ryan Sleevi, a Google software engineer, via Twitter. “OpenSSL was, and is, fundamentally shit at verifying ‘real’ certificates. It has a long history of not coping with the Internet, and only really handling toy/enterprise-specific CAs that are linear. But even then, not very well.”

El Reg readers report that UK-based cert biz Trustico and US-based SSLS.com have been issuing certificates that are suddenly failing because they were issued without checking that all the certs in the chain of trust are valid.

The Register asked SSLS.com for comment, and we’ve not heard back.

University of California, Berkeley has posted a notification to systems administrators outlining potentially affected systems, such as Linux or macOS OpenLDAP clients.

“In a perfect world, all of your libraries would be up-to-date and you wouldn’t be using clownish TLS implementations like GnuTLS,” wrote Ayer. “But the world isn’t perfect.” ®

Realme Narzo 20 to Go on Sale for First Time in Today via Flipkart, Realme.com at 12 Noon: Price in India, Specifications
First-world problems: The pumpkin spice latte is here, but the Starbucks loyalty card app has wiped my balance
Mi Watch Lite Allegedly Spotted in UL (Demko) Listing, May Be Rebranded Redmi Watch
Xbox App for iOS to Soon Let You Stream Your Console’s Games to Your iPhone: Report
Can The Register run Crysis Remastered? Yes, but we don’t see why you would want to