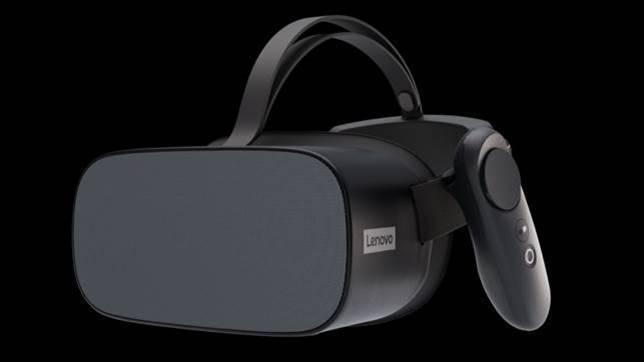 Lenovo has whipped the covers off its latest take on VR-for-biz in the form of the Android-powered Mirage VR S3 headset with ThinkReality.

Following HP’s second crack at the Reverb last week, Lenovo’s new baby features a 4K display aimed at clearing up the blurry mess of how text tends to look in the normally lower-resolution VR world.

Unlike HP’s pricier Reverb, the Mirage does not require a connection to a PC to handle processing duties and instead will last for three hours on battery.

With only a Qualcomm 835 SOC driving the thing, it is unlikely to set the world on fire performance-wise. Indeed, hardware such as the Oculus Quest also features an 835 (with a Adreno 540 GPU), albeit with lower-resolution panels.

It is difficult to avoid comparisons with Oculus hardware, although the Lenovo gear is soely for the enterprise and education market, and features an easy-to-clean face plate so it can be safely passed around. While VR may have enjoyed a recent uptick in usage thanks to one thing and another, the thought of sharing a headset in the midst of a pandemic is icky to say the least.

The headset, which was made in conjunction with Pico Interactive, bears a marked similarity to Pico’s G2 4K. As well as running with a controller, the headset can also be used hands-free. Lenovo’s version has a slightly nausea-inducing 75Hz refresh rate and 64GB of onboard storage. It will also accept an SD card of up to 256GB.

The announcement comes a year after Lenovo unveiled its wannabe HoloLens 2 in the form of the ThinkReality A6, based on Android Oreo and rocking 1080p per eye. The Mirage VR S3 is a full-on VR affair rather than the AR shenanigans of its stablemate. Both are managed through the ThinkReality platform.

The new headset is likely to land in Q3 and will cost under $450 (in North America). It comes as Oculus finally opened the doors to the public on its “Oculus for Business” programme replete with a heart-stopping price tag of $999 for the 128GB Quest. The consumer version (if you can find it) can be had for less than $500, but lacks those enterprise features.

It also makes a jolly good fist of playing Pistol Whip, although we doubt that will be in too many enterprise libraries. ®