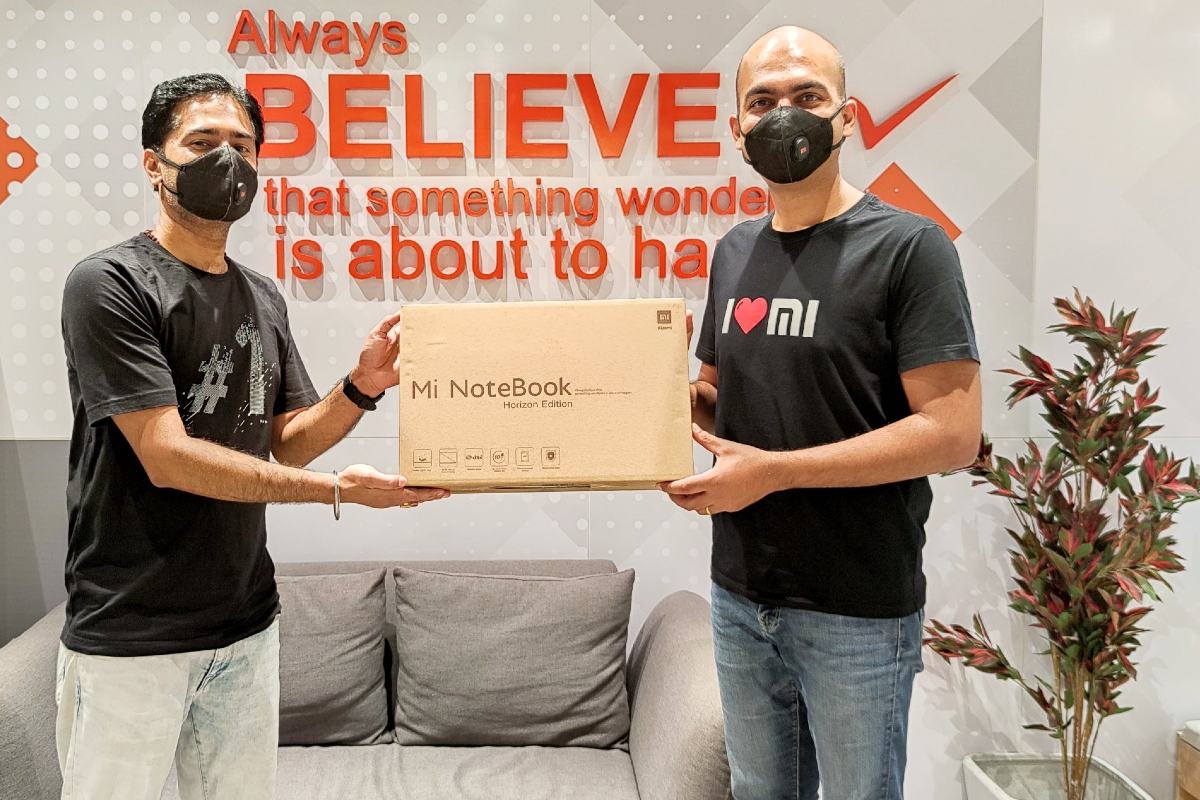 Mi laptop launch in India is set for June 11. But ahead of its official launch, Xiaomi has now confirmed that the upcoming laptop will indeed by called – Mi Notebook. A Mi Notebook Horizon Edition has also been teased online and a tipster has shared the alleged key specifications of this special edition. The company has had its Mi and Redmi series laptops in China for quite some time, but this is the first time when it is launching a laptop in the Indian market.

Xiaomi India chief Manu Kumar Jain and Marketing Head Anuj Sharma have posted images through their social media channels that confirm the Mi Notebook branding and show a box of the Mi Notebook Horizon Edition. This could come in addition to the regular Mi Notebook model.

Earlier teasers by Xiaomi carried a hashtag #MiNotebook to suggest the new launch. However, the latest public posts by the Xiaomi executives have finally confirmed the official branding of the laptop that is launching in the country next week.

The latest images also show us the Mi Notebook Horizon Edition that would offer some distinctions over the regular Mi Notebook. The special edition will pack a 14-inch Horizon Edge bezel-less display and SSD storage, claims by a tipster Ishan Agarwal. The images also clearly show DTS audio and 10-hour battery life on the new model.

On Thursday, Xiaomi posted a teaser video that suggested 12-hour battery life on the regular Mi Notebook model. The company also recently teased that the laptop will come with “one of the highest” screen-to-body ratios and feature slim bezels.

Xiaomi has a healthy record of creating enough hype for its new products before their official launch. Therefore, we can safely expect that the company will reveal additional features of its Mi Notebook ahead of its debut in the country.

The Moon certainly ain’t made of cheese but it may be made of more metal than previously thought, sensor shows
The good news: Vodafone switches on first full-fat, real-life 5G network in the UK. The bad news: it only got sent to Coventry
Horizon Zero Dawn Is Coming to PC on August 7
OnePlus Nord Launch Confirmed for July 21, India Pre-Orders From July 15
Languishing lodash library loophole finally fitted for a fix: It’s only taken since October to address security bug