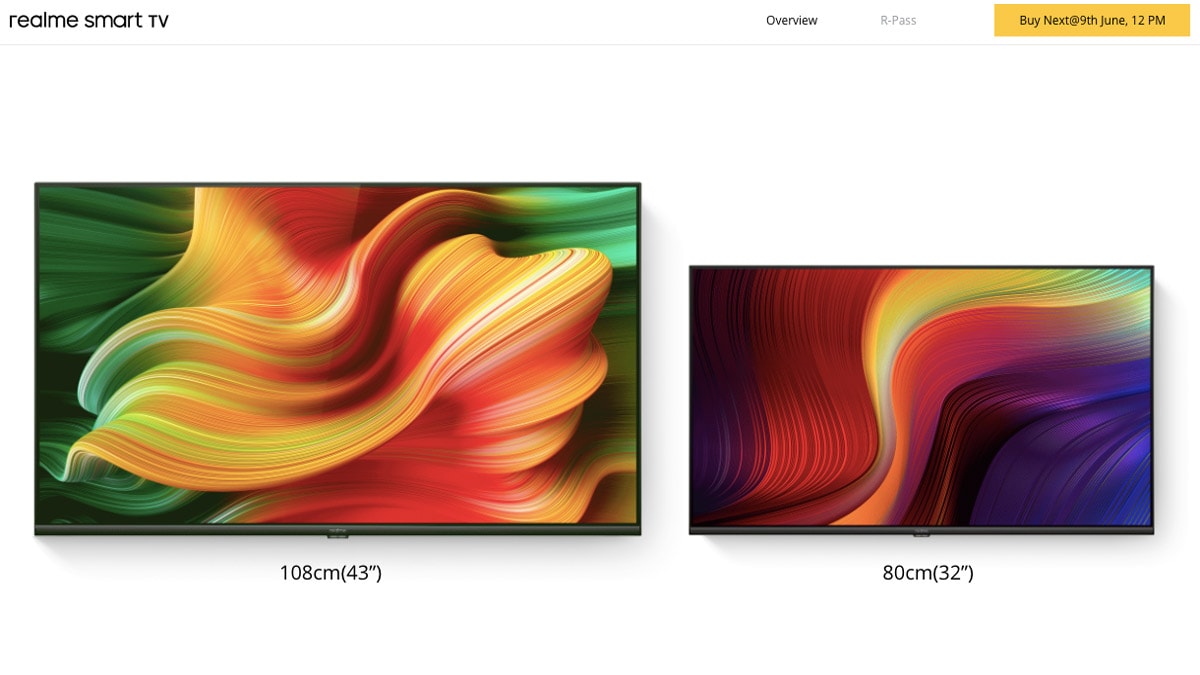 Realme could launch a new 55-inch TV soon, the company’s CEO hinted in an interview. The Chinese smartphone maker recently made headlines by launching two smart TVs in the Indian market. The company launched a 32-inch and a 43-inch television, priced at Rs. 12,999 and Rs. 21,999 respectively. The Realme 32-inch TV offers HD resolution of 1366×768 pixels, while the bigger 43-inch model sports full-HD 1920×1080 pixels resolution. The televisions went on sale recently and according to Realme, were sold out in 10 minutes.

In an interview with IANS, Realme CEO Madhav Sheth mentioned that the company is working to bring a 55-inch Realme TV to the market. He said, “Our exploration to offer smarter TVs has just started, and we won’t settle at these two sizes. The 55-inch TV is considered as premium and flagship size for TVs, so Realme is preparing to launch a brand new 55-inch TV to give users more ground-breaking experiences.”

Other details about the Realme 55-inch TV are currently unknown.

We have created history again with #realmeSmartTV that we customised for India.
15,000+ units sold in less than 10 minutes!
By far the Fastest Sale by any TV brand in BAU days.
Kudos to all, #realme is now on the journey to be the Most Popular Tech-lifestyle Brand. pic.twitter.com/XDoxMfs5VP

The CEO also mentioned in a tweet that over 15,000 units of the two televisions were sold in the current sale, which took place on Flipkart and the Realme website. Next, the Realme Watch is scheduled to go on its first-ever sale at noon on June 5, and the Realme Narzo 10A goes back on sale alongside the Realme Watch.