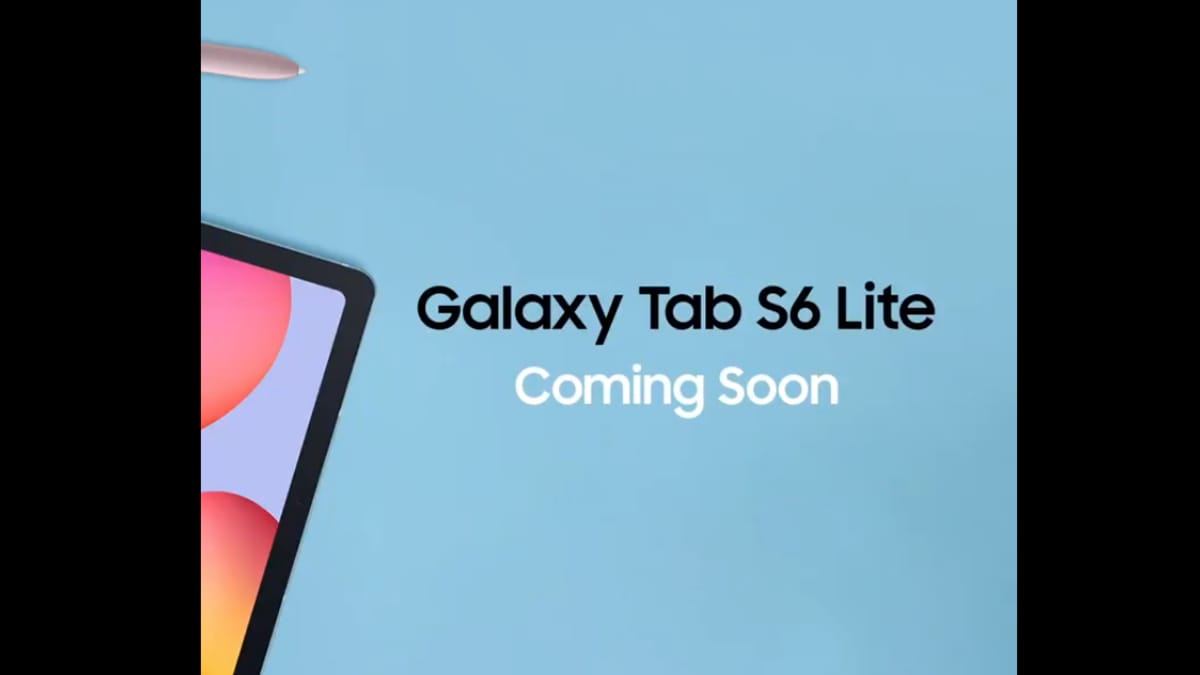 The company has taken to Twitter to tease the arrival of Samsung Galaxy Tab S6 Lite. The teaser video shows a slight portion of the tablet, and confirms that the Samsung Galaxy Tab S6 Lite is launching in India soon. An exact launch date is not mentioned, but Samsung should make that announcement in the coming days. The video comes with the caption, “See what the future holds. A super carryable note-taking companion coming soon.” Samsung is touting the tablet to be light weight, and the teaser confirms support for S Pen. Whether the S Pen comes bundled inside the retail box or not remains to be seen.

Because the Samsung Galaxy Tab S6 Lite has already launched in Indonesia, specifications of the tablet are known. It runs on Android 10 based One UI 2.0, and features a 10.4-inch WUXGA (1,200×2,000 pixels) TFT display. There is an octa-core chipset powering the tablet and a 4GB of RAM is packed inside. The Galaxy Tab S6 Lite further comes in 64GB and 128GB storage variants that can be expanded via dedicated microSD card slot (up to 1TB).

On the back panel, there’s a single 8-megapixel camera with auto-focus. The camera can also shoot videos in 1080p at 30fps.In terms of the design, the front panel contains thick bezels similar to the Galaxy Tab S6 and the hole-punch houses a 5-megapixel selfie camera. The tablet packs a 7,040mAh battery, and connectivity options include 3.5mm audio jack, dual-band Wi-Fi, Bluetooth v5.0, and GPS support.