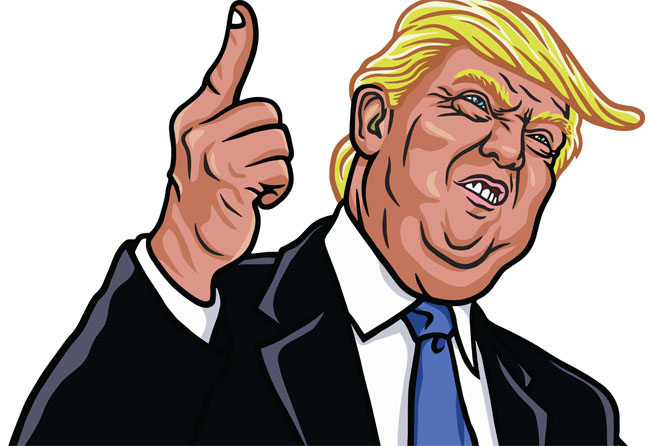 A funny thing happened overnight in the world of space and politics as a campaigning video featuring SpaceX’s commercial crew launch and promoting US President Donald Trump was abruptly pulled from YouTube.

“Make Space Great Again” was uploaded to YouTube following the successful launch, attended by Trump, and featured a mix of footage including some from the Demo-2 commercial crew mission.

It also set off a firestorm of protests, including one from retired astronaut, Karen Nyberg, who is married to NASA ‘naut, Doug Hurley. Hurley is one of the two lucky crew-members of that Demo-2 mission.

Nyberg, understandably, was somewhat aggrieved that imagery of her and her son was being used in what she described as “political propaganda” without consent.

I find it disturbing that a video image of me and my son is being used in political propaganda without my knowledge or consent. That is wrong. @nasa @JimBridenstine https://t.co/cXcKHxmn6e

Others highlighted the unfortunate appearance of a European Space Agency (ESA) logo in the presidential campaign video.

As is so often the case these days, a petition soon popped up, urging the master of the caps-lock key to stop politicising space. After all, while the implication of the video is that if it wasn’t for the efforts of the current US President the mission might not have happened, NASA’s Commercial Crew Program was actually kicked off by President Barack Obama years previously, and has its roots in the George W Bush administration.

Sadly, the politicisation of space is difficult to avoid. President Richard Nixon, for example, was less than keen to lavish credit on John F Kennedy during the moonlandings of 50 years ago, while the space race itself was arguably driven more by political gesturing rather than pure science.

Lawmakers, after all, hold the purse strings and, as the saying goes, “No bucks, no Buck Rogers.”

As well as perhaps allowing someone to take a little more credit than is due and managing to annoy a former astronaut, the video also stomped over NASA’s media usage guidelines, which aren’t keen on the agency’s logos being used to “imply endorsement” and state that permission to show identifiable people needs to come from those individuals.

We suspect that ESA might also be a bit grumpy about its logo popping up.

Trump has infamously found himself on the receiving end of a long overdue prodding by social media anger trumpet, Twitter, but this particular bit of video self-aggrandisement was swiftly yanked by the uploader, presumably Trump’s campaign itself.

The good news for Trump fans is that while a like on the Make Space Great Again video is no longer possible, support can still be shown with the purchase of a hat from Trump’s online store. Right up until Disney notices a distinct similarity to its own, Epcot-based Mission Space logo.

The motion simulator ride in Florida’s Epcot theme park itself can leave some of its users a tad nauseous. Not unlike sitting through “Make Space Great Again”. ®

Google’s Nearby Share, an AirDrop Competitor, Confirmed; Now Available in Beta
How to Find Your Router’s IP Address?
5 PC Parts That Tend to Die: How to Extend Their Lifespans
TikTok Goes Completely Offline in India, Says ‘It’s Complying With Government Directive’
Hats off to the brave 7%ers who dived into the Windows 10 May 2020 Update within a month of release