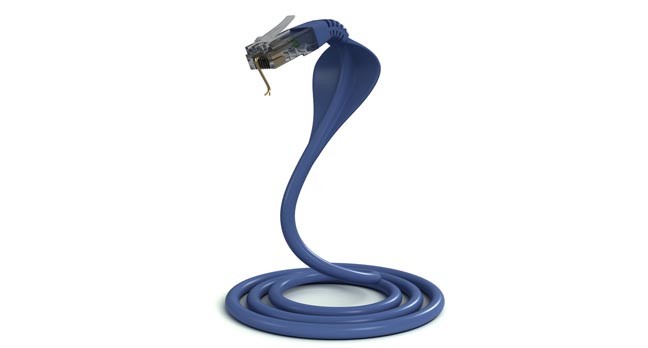 Disrupted supply chains and falling customer spending caused a bloodbath in the global ethernet switch and router markets in Q1, with Juniper and HPE the only top five players to report any sales progress.

Turnover in switch sales shrank by 8.9 per cent to $6.16bn but things were even worse in enterprise and service providers’ routers where revenue plunged 16.4 per cent to $2.99bn, according to stats from IDC.

Brad Casemore, research veep for data centre and multicolour networks at the analyst, claimed slowing momentum from late 2019 spilled into Q1 and then things got worse.

“Weakness in the Ethernet switch and routing markets at the end of 2019 continued into the first quarter of 2020, which was exacerbated by the onset of the novel coronavirus and subsequent lockdown of economies around the globe as Q120 progressed.”

He said that as “diverging trends intensify” in the Ethernet switch market, the biggest builders of cloud are ploughing more money into data centre scale and higher bandwidths. Enterprises, Casemore added, have an eye on campus network refreshes with lower speed switch ports that yield lower margins for vendors.

Conversely, lower speed campus switches – a more mature sector – was a mixed bag, growing port shipments by 3.9 per cent but a fall in average sales prices meant that revenues went down 2.14 per cent. 1GB switches dropped 3.8 per cent in port shipments and revenue dropped 11.9 per cent.

These numbers won’t surprise many techies out there, and echo the comments made by Cisco and Arista when they reported their respective financials – both of which fell in calendar Q1.

As for the router space, IDC’s research shows that the service provider segment, which accounts for around three-quarters of all sales globally, decreased 16.8 per cent in calendar Q1 and the enterprise tier declined 15.3 per cent.

Cisco switch and router revenue declined 12 per cent to net 51.9 per cent share of the global networking market; Huawei was down 14 per cent and its share dropped 8.4 per cent; Arista Networks was down 18.7 per cent; HP was up 6.7 per cent; and Juniper switch sales grew 6.7 per cent (but its routers dropped 16 per cent).

Switchzilla’s CFO Kelly Kramer rolled with the punches, as one might on a conference call with Wall Street financial analysts. He said in mid-May of its results for Q3 of fiscal ’20 ended 25 April that the Infrastructure Platforms division was down 15 per cent.

“This is the area that was most impacted by the supply chain challenges. Switching revenue declined in both Campus and Data Centre. We did see strong growth the continued ramp of the Cat 9k. Routing declined in both service provider and enterprise.”

Cisco CEO Chuck Robbins tried to sound the refresh klaxon during the call, saying a bunch of customers, those “not at the centre of the crisis”, were mulling over refreshes as they “realised during this pandemic that they have a fair amount of technical debt and they have a lot of aged equipment.”

Robbins said: “Many of them have said this is a wake-up call and this is going to give us air cover to talk to our most senior leadership team about upgrading and building out a more robust modernised infrastructure.”

Arista last month said its most popular networking gear will be “really constrained” in calendar Q2, and lead times will be protracted. The problem will be less about demand and more about meeting it. ®

Can The Register run Crysis Remastered? Yes, but we don’t see why you would want to
Mi Smart Speaker Expected to Launch in India on September 29
Amazon Alexa App Gets Hindi Language Support on Android, iOS
MarQ By Flipkart Launches New Smart TVs, Smart Home Speaker in India
Mi Watch Color May Launch as Mi Watch Revolve on September 29 in India