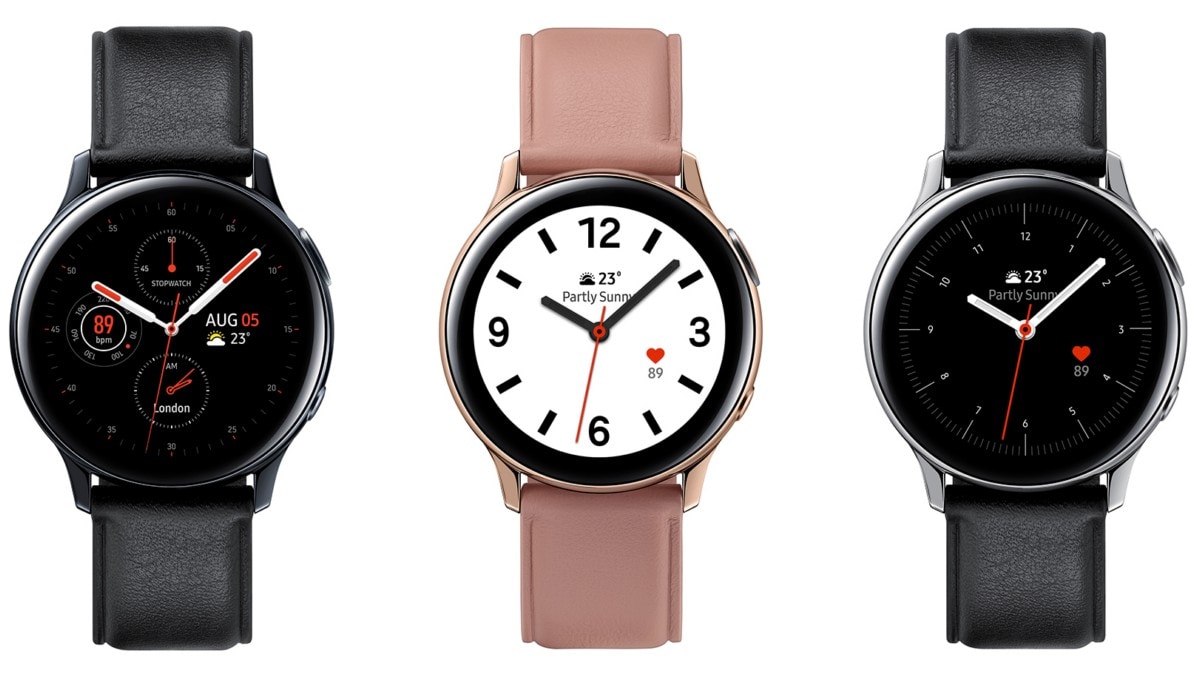 Samsung Galaxy Watch 3 support pages recently went live online, hinting at their launch in the near future. A new report also says that the Galaxy Watch 3 assets were spotted in the latest Galaxy Wearable app, pointing to the name of the upcoming smartwatch. The report adds that the app also contains a sketch of the bean-shaped design of the next Galaxy Buds, rumoured to be called Galaxy BudsX. It is speculated that the new Samsung products will be launched in August along with the rumoured Galaxy Note 20, however the South Korean tech giant is to yet confirm the development.

According to an XDA Developers report, the Galaxy Wearable app contains assets that suggest the next-generation Samsung wearable will be called Galaxy Watch 3. The report notes that Samsung is not calling its next smartwatch Galaxy Watch 2 to avoid confusion with the existing Galaxy Watch Active 2.

The app also includes the image asset of the next Samsung TWS buds. The image allegedly highlights the sketch of a bean-shaped earbud that previous reports have speculated to be Samsung Galaxy BudsX.

The report concludes that the South Korean tech giant usually does not “add assets for new products until right before they are ready to launch.” It is speculated that the Galaxy Watch 3 and the Galaxy Buds are in their final stages of development and they will likely launch in August alongside the rumoured Samsung Galaxy Note 20.

Meanwhile, another report recently pointed out that the Samsung Galaxy Watch 3 moniker appeared in Thailand’s NBTC certification listing for model number SM-R855. The listing reportedly states the dial size for this watch as 41mm and also mentions its LTE support. Additionally, the support pages for the next Samsung smartwatch with model numbers SM-R840NZSAKOO, SM-R840NZKAKOO, SM-R850NZSAKOO, and SM-R850NZDAKOO have been set up.

Samsung Galaxy Watch 3 is rumoured to sport two different dial sizes (41mm and 45mm). The smartwatch is also speculated to have both LTE and non-LTE variants.

Will OnePlus 8 series be able to take on iPhone SE (2020), Samsung Galaxy S20 in India? We discussed this on Orbital, our weekly technology podcast, which you can subscribe to via Apple Podcasts or RSS, download the episode, or just hit the play button below.