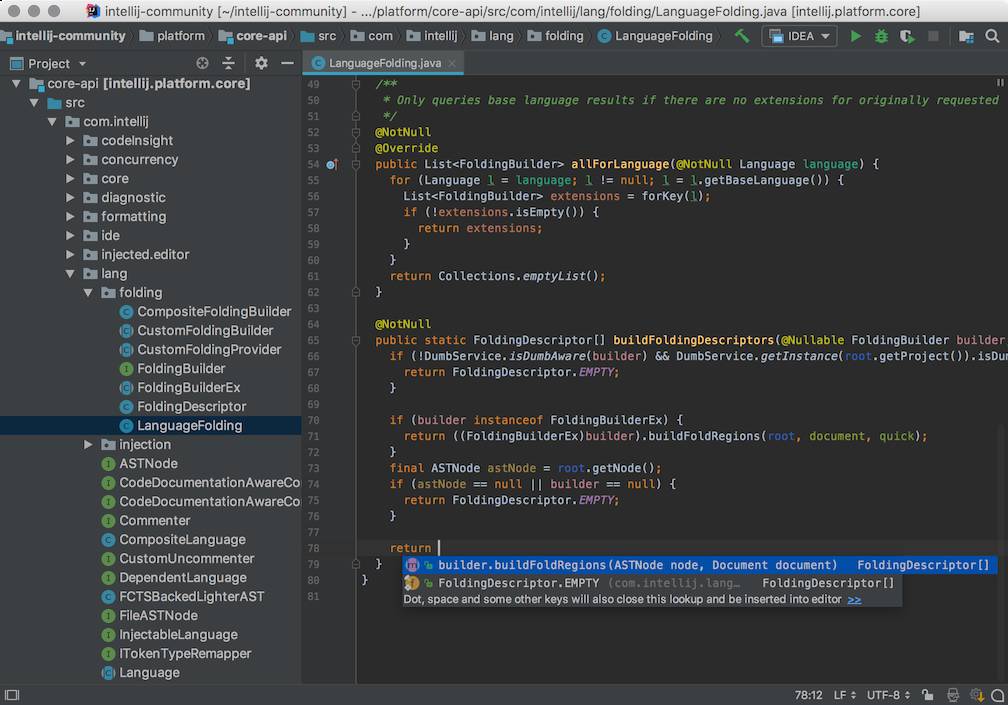 Interview Java remains the most popular language among developers despite the apparent greater popularity of JavaScript, according to a major new survey conducted by Czech developer tool outfit JetBrains.

JetBrains is best known for its IntelliJ IDEA Java IDE, which also forms the basis for other IDEs including Google’s Android Studio. Its State of the Developer Ecosystem survey is annual but had many more responses this year, up from 7,000 in 2019 to over 19,500 this year.

Does it represent all developers, or just those using JetBrains tools? JetBrains marketing analyst Anastassiya Sichkarenko told The Register: “We rely on the responses we got from external and internal channels. The big part of the response are using our tools currently, it’s about 60 per cent so there is definitely a bias towards our customers. But we can trust this data with some assumptions as we do have quite a lot of respondents who are not our customers.”

Such bias is no reason to dismiss the survey, particularly from JetBrains, which is the dominant commercial vendor when it comes to IDEs. The company also has free community editions, and Android Studio is based on the community version of IntelliJ. In the following figures, note that many percentages sum to more than 100 because of developers ticking more than one box in the answers.

JetBrains publishes its results in two stages. The first, available now, is a summary of those bits of the data the company chooses to highlight. Later it will publish the raw data (in 2019 this appeared in August).

There are no big surprises this year, but it does confirm some trends. Asked which are their three primary programming languages, 39 per cent of those surveyed included JavaScript (down from 40 per cent last year), 37 per cent Java (up from 34 per cent), and 31 per cent Python (up from 27 per cent). Most notable perhaps is that TypeScript was mentioned by 12 per cent of respondents, up from 9 per cent in 2019.

Despite the prominence of JavaScript, JetBrains declares Java to be the most popular language. Its reasoning is that JavaScript scores highly because so many developers have to tangle with it as part of a project, but if you dig into where they spend most time, the numbers decline sharply. In 2019 the survey showed that only 17 per cent of developers have JavaScript as their sole language, whereas this is true of 44 per cent of Java devs. It is a useful corrective to the notion that JavaScript is taking over. Python is growing too, and has overtaken Java this year in the list of “languages used in the last 12 months.”

JetBrains asked developers which languages, if any, they planned to migrate towards in the coming year, which tells us something about which programming languages are likely to grow. The top choice here is Go. 17 per cent of Python developers fancy working in Go, for example, and 16 per cent of Java programmers. The next most-fancied languages are Kotlin, Python, Rust and TypeScript.

Another notable statistic is that when asked for which platforms they develop, the top choice is web (69 per cent back-end, 57 per cent front-end), followed by 35 per cent desktop and 32 per cent mobile. The Desktop number is way higher than last year (15 per cent), so much so that one suspects the expanded number of respondents is weighted towards desktop devs. It is a reminder that desktop development still matters, especially in the corporate world. Mobile is also higher, up from 27 per cent.

When it comes to mobile, two-thirds of developers use native tools (meaning, we guess, Xcode for iOS and Android Studio with Java or Kotlin for Android), and 50 per cent cross-platform frameworks. Flutter usage is up from 30 per cent in 2019 to 39 per cent now, though React Native stays in the lead at 42 per cent (unchanged from last year). Microsoft’s Xamarin is down from 26 per cent to 14 per cent, a dramatic decline. The expanded sample size may be partly responsible, but it chimes with the idea that the appeal of Xamarin is waning as Microsoft itself gives mixed messages on the subject (many at the company seem to prefer React Native) while Google’s Flutter wins over some others.

We also took the opportunity to ask the company about the popularity of Microsoft’s free Visual Studio Code and whether it is a threat to the JetBrains business.

VS Code usage is not shown in the survey, though it will appear in the raw data. Sichkarenko said: “VS Code is growing in almost all the languages.” JetBrains likes to take the line that VS Code is a text editor rather than a full IDE and therefore not equivalent to products like IntelliJ IDEA. When pressed, Mikhail Vink, programs manager for global marketing, said: “VS Code is definitely much more than a text editor, and they do target a lot of the JavaScript market and the Python market. It’s been the trend for the last few years. If you are talking about Java or Scala or any JVM-based language the structure of the project would be more complex, in general.

“That’s where JetBrains provides a lot of special features because some of the things that JetBrains implements are not really possible in VS Code. They rely [in VS Code] on the technology called LSP (Language Server Protocol) which is powerful in terms of supporting more new languages, but when you dig deeper there are some limitations.

JetBrains has plugins for a huge number of languages, but dedicated IDEs for only a few. It is confusing because the plugins can generally be added to any IntelliJ-based IDE, but the language-specific products are tailored for what they target.

Does the growing interest in Rust mean a Rust IDE might be on the way? “Rust is currently mostly used as a hobby or side-project,” said Sichkarenko. Vink added: “Right now we have a plugin that is actively developed. We always look at technology adoption. So far it is supported in other products. We don’t have immediate plans to create a Rust-specific IDE.” One of the issues is that once an IDE is launched, it has to be maintained for many years, so the company is averse to trends that may prove short-term.

What about another trendy topic, cloud IDEs? “We don’t have a cloud IDE at JetBrains,” said Vink. “It’s been named as a trend for many years, but VS Code was developed as a cloud IDE and it’s gone desktop. It’s not easy to create a good technical solution, to have an IDE in the cloud. Developers still prefer to use desktop.” ®