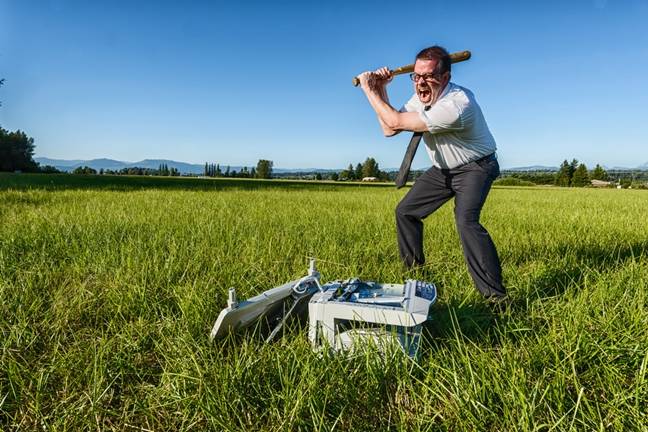 “KB4560960” was “stopping users from printing to [the] locally attached Brother printer,” according one Reg reader. The resolution was to remove the offending cumulative patch. Those connected to a network printer, he reported, continued rocking along as normal.

The timing is unfortunate since many Windows 10 users are now working from home and relying on directly connected printers (via USB) for remote working. The dusty devices will also have been pressed into service printing out the endless amounts of home-schooling worksheets for those with poppets also locked away.

A glance at Reddit shows a number of people experiencing similar issues, with some pointing to PCL5 drivers as being related. PCL6 seemed fine, according to others.

The company’s own forums are alive with complaints from users finding themselves unable to print, with some reporting the error “Windows cannot print due to a problem with the current printer setup.”

The only “known issue” in KB4560960, according to Microsoft, is with LTE modems that might prevent devices equipped with the hardware accessing the internet. And for KB4557957? “Microsoft is not currently aware of any issues with this update.”

While the support pages for the update may not acknowledge issues with local printers, Microsoft has admitted that something has gone awry with USB printer ports from version 1903 onward (including the shiny new Windows 10 2004).

The issue, according to the BSOD Bobs, occurs when Windows is shut down with a printer connected, the printer turned off or removed, and Windows is then restarted. Like a bad parlour trick, the printer USB port will have vanished from the list of available ports.

The fix is to have the printer turned on and plugged in before starting Windows. Hardly “plug and play”.

Microsoft has remained tight-lipped as to whether the USB woes and wailing arising from the recent patches are connected. We asked the company if it had any comment to make regarding the complaints, but it has yet to respond. ®