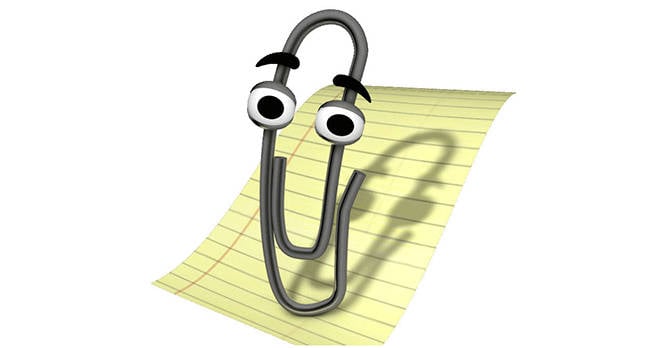 Roundup The UK health service can’t kick its Microsoft habit, plus there are new toys for Azure botherers out this week.

Microsoft 365 for the National Health Service

Blighty’s beloved NHS snuggled further into bed with Microsoft as it confirmed that it would be deploying BSOD Bob’s productivity platform, Microsoft 365, for up to 1.2 million lucky staff.

Microsoft and the NHS had already inked a deal in April 2018 to allow Windows 10 to be rolled out as the organisation reeled from the WannaCry incident.

UK secretary of state for health Matt Hancock, AI’s latest attempt at creating a facsimile of a Member of Parliament, took a break from looking uncomfortable on camera to opine: “We have seen incredible, innovative uses of technology throughout the NHS during the COVID-19 pandemic and this new deal with Microsoft will pave the way for that to continue by ensuring we get the basics right.”

Good-oh. Far be it from us to highlight a recent bork showing what looks suspiciously like Internet Explorer having a bad time with certificates on an NHS system.

Still, the deal will see NHS staff given access to Teams, messaging and audio and video calls, which will be handy for sharing information as the organisation deals with the impact of the current pandemic.

Version 4 of the Java SDK for Microsoft’s globally distributed database, Azure Cosmos DB, has hit general availability, bringing relief for those toiling away with earlier versions.

The update brings a performance boost (Microsoft claims a 20 per cent jump in throughput) as well as bundling the Sync and Async APIs into one SDK. The update also moves Direct Mode to be based on TCP rather than HTTPS, which will ease request multiplexing. The recently released autoscale throughput provisioning, unleashed at Build 2020, is also supported, meaning careful users should be able to save a few pennies.

We note that Azure Cosmos DB now understands the SQL DISTINCT query. While handy for stripping out duplicates, it needs some client-side functionality and has been implemented in the Java SDK v4.

While nobody likes it when SQL admins start wielding the anger-gauntlets, the DISTINCT command can occasionally be used to mitigate some iffy database design choices, so while we naturally welcome another toy for the box, we’d advise a bit of thought before flinging it at duplicated data.

Microsoft’s Azure received its usual lashings of attention last week, with preview support for 16TB of storage and up to 20,000 IOPS in Azure Database for MariaDB turning up and previews of data encryption with customer managed keys for Azure Database for MySQL and PostgreSQL.

The company also teased its Live Transcription service in regions farther afield than the original West US 2, with Southeast Asia, West Europe, North Europe, East US, Central US, South Central US and Brazil South now added to the list.

Using the Speech to Text functionality in Cognitive Services, the transcribed text is delivered when the stream is published using the HLS or MPEG-DASH protocols.

For those with deep pockets, Microsoft has bumped the maximum vCore limit for Azure SQL Database serverless from 16 vCores to 40. The change will give users a bit more flexibility and headroom, particular in scenarios with unpredictable usage patterns. However, with billing based on compute used per second, we’d recommend admins keep a close eye on costs as those limits rise.

Finally, it has long been a joke that Microsoft’s Edge browser is what most users fire up just the once to install Chrome. It seems that as well as pleading that maybe a user might want to consider Edge in its browser search results, Microsoft has quietly dropped an ad for its latest and greatest into the Start Menu when one searches for an installed Google Chrome.

We noticed it over the weekend, after performing the usual “nuke from orbit” required to drag Windows from the lethargy that builds up over the months. Having installed Chrome following the clean install, typing “Chrome” into the search box brought up the required application as well as a recommendation for the also-installed Microsoft Edge.

Ads in the Start Menu for Microsoft’s previously unloved browser have been a thing for a while, but this seems to be upping the ante somewhat. Fortunately, it appears only Windows 10 2004 is afflicted at present, although there seems to be no way to stop it happening.

Our solution? Switch to using PowerToys Run and leave the Start Menu back in the ’90s, where it belongs. ®

OnePlus TV 2020 Models Launching in India Today: How to Watch Livestream, Expected Price, More
How to Use WhatsApp Web on PC: The Ultimate Guide
One map to rule them all: UK’s Ordnance Survey rolls out its Data Hub and the juicy API goodness that lies therein
Facebook Thinks Everybody Should Wear Face Masks
Amazon Wow Salary Days Sale Kicks Off With Up to 60 Percent Discount on TVs, Home Appliances, Other Offers