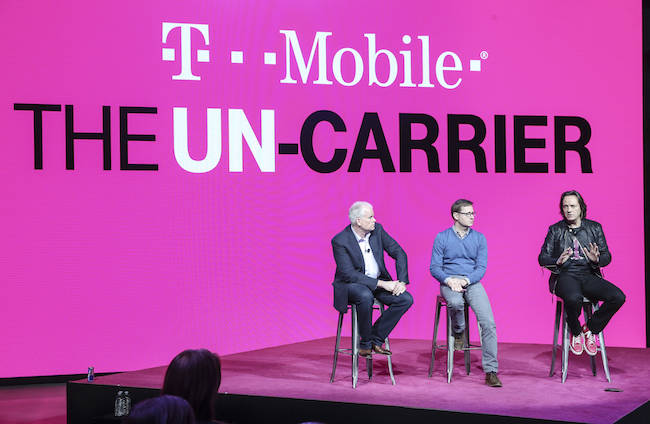 We understand not only are incoming calls being black-holed, but some subscribers saw their connectivity downgraded from LTE to HSPDA when trying to make calls, and encountered busy circuit errors. Other punters said they were able to make outgoing calls and send texts, but not receive anything. T-Mobile US, which is merging with Sprint, acknowledged voice and data services were hit today.

The outage has been going on for more than a couple of hours now, since midday Pacific Time, according to Down Detector. It appears complaints from the self-styled un-carrier‘s subscribers are tailing off, at time of writing, and voice and data services are being slowly restored to normal.

A couple of hours ago, T-mob’s president of technology Neville Ray tweeted: “Our engineers are working to resolve a voice and data issue that has been affecting customers around the country. We’re sorry for the inconvenience and hope to have this fixed shortly.”

And about half an hour ago, he updated us all with:

Interesting that the tech boss is suggesting folks use over-the-top apps rather than the cellular network’s own offering. There were reports that other carriers – such as Verizon and AT&T – were also suffering downtime, though they denied anything was amiss with their networks. ®