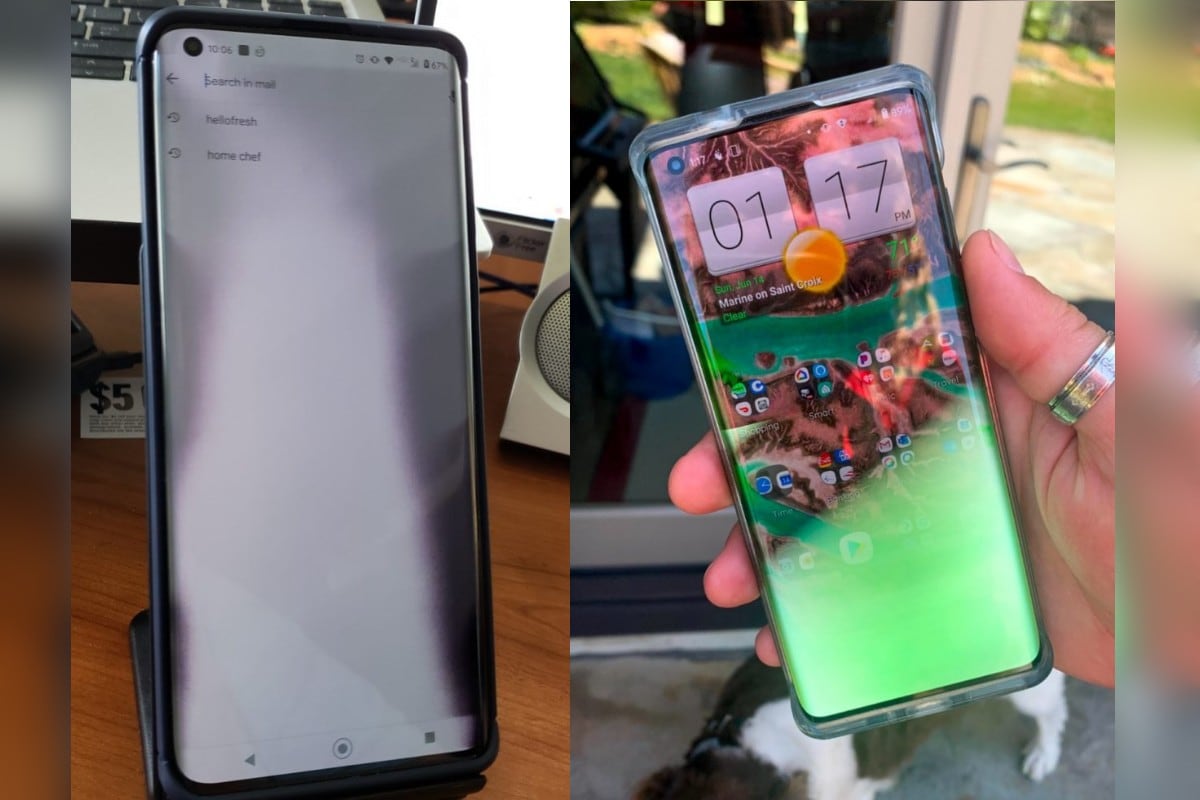 Motorola Edge+ has a couple of display issues, as per user reports. While one issue brings smudges to the display, the other one seems to discolour the display and adds a green colour effect. Several users have reported the issue on the Lenovo Forums alongside sharing some images to highlight the problems they’re facing with the Motorola Edge+. Lenovo-owned Motorola also seeded an update last week specifically to fix the smudging issue. However, some users have pointed out that despite the new update, they’re still facing the problem.

“My very new Edge Plus has just started having these purple spots creep onto the screen if it’s on for a long period of time,” one of the early affected users reported on the Lenovo Forums late last month. Shortly after the first report emerged online, several users echoed the same smudging problem that brings blacked out spots and green tint on the display panel of the Motorola Edge+.

A forum admin quickly responded to the initial set of affected users and promised a software update that would fix the issue. The update reached Verizon customers at the end of last week with a build number QPB30.188-48, reports Droid Life. It included a changelog that specified “improved display contrast and clarity” alongside the June Android security patch.

Some users on the Lenovo Forums mentioned that after receiving the latest software update, they weren’t able to notice any smudges on the display. However, this isn’t the case with all the users who’re facing display issues on the Motorola Edge+. A few users said that even after installing the update, they’re able to notice some problems with the panel that has dual edges and is one of the unique selling points (USPs) of the new Motorola flagship.

The forum admin responded to user complaints by saying that the smudging issue could be corrected through the new software, though there aren’t any details around the problem that discolours the screen and brings a green shade on top.

“If yours did not clear up, we now recommend exchanging it,” the admin said. “Apparently some displays could be beyond the point of recovery via software.”

It is unclear whether the issues are limited to the US variant of the Motorola Edge+ or also available on its global units. Gadgets 360 has reached out to Motorola for clarity and will update this space as and when the company responds.

To recall, the Motorola Edge+ was launched in India last month as a premium Android smartphone with a price tag of Rs. 74,999. The phone was unveiled in Europe and the US markets in April.