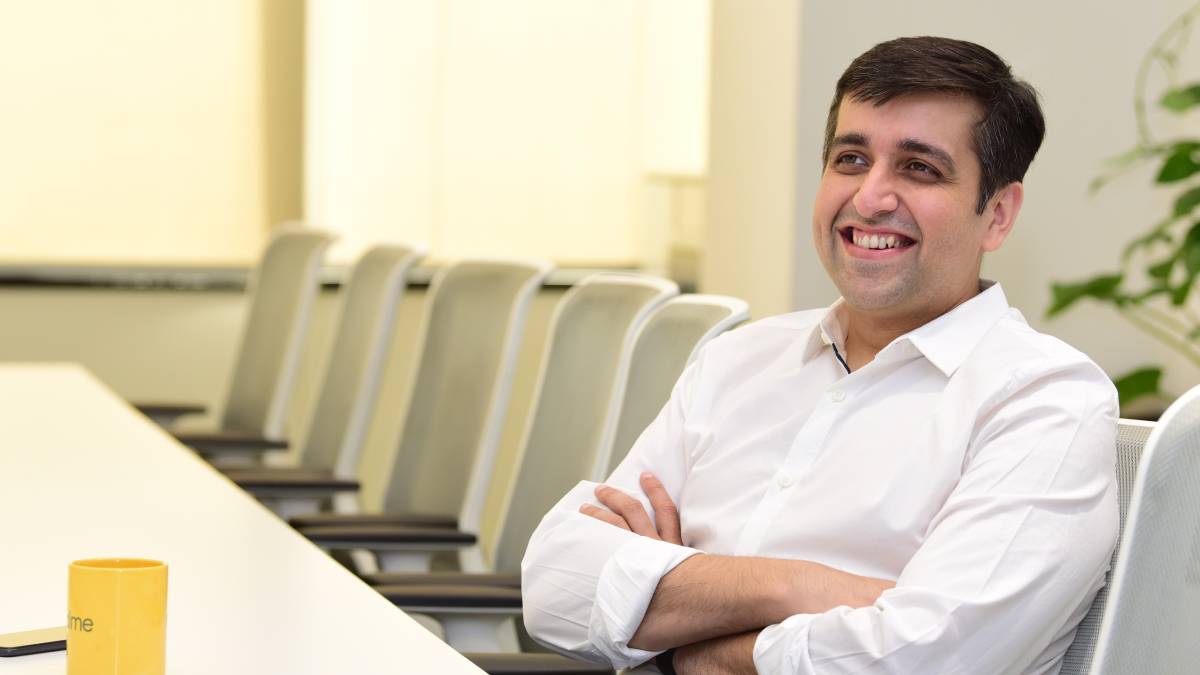 Realme will likely launch the 55-inch variant of the newly unveiled Realme Smart TV next month, Realme India CEO Madhav Sheth indicated in his latest AskMadhav – the company’s video Q&A series on YouTube – episode. Sheth in the episode also revealed the company’s future plans in India that includes the launch of a wireless charger in June. The Realme India CEO further said that Realme C2, launched in April 2019, will receive the Android 10-based Realme UI update in September. The Realme Band will too receive new features via an over-the-air (OTA) update, the episode revealed.

The latest AskMadhav episode returned nearly two months after the last episode published on YouTube. Realme India CEO began by saying the company is trying its best to bring the latest Realme smartphones to both online and offline channels amid the coronavirus pandemic. Sheth was referring to smartphones including Realme Narzo 10 series and Realme 6 Pro in India.

The episode further revealed that the Realme C2 smartphone users in the country would receive the Android 10-based Realme UI update in September. The Realme India CEO also announced that Realme phones including Realme 1, Realme 2, and Realme U1 are not eligible for Realme UI.

Moving to Realme Smart TV, Sheth in the video says the company will announce more about the 55-inch Realme Smart TV next month. Realme launched the Realme Smart TV in two sizes – 32-inch and 43-inch last month and the 55-inch model may come out in July. The company is also going to a launch a wireless charging in the coming days. Moreover, the Realme Band will get new watchfaces “very soon.” Recently, Realme Band in India started receiving a new update that brought music controls, heart rate reminders, and stopwatch to the fitness band.

The hackers and criminals are playing hardball – so here’s a cloud SIEM playbook to help you fight back
Garmin Instinct, Fenix 6 Pro Solar-Powered Smartwatches Launched in India
First-world problems: The pumpkin spice latte is here, but the Starbucks loyalty card app has wiped my balance
US DoJ Asks Judge to Allow WeChat Ban on US App Stores
Realme SLED 4K Smart TV With 55-Inch Screen Size Launching in India Soon