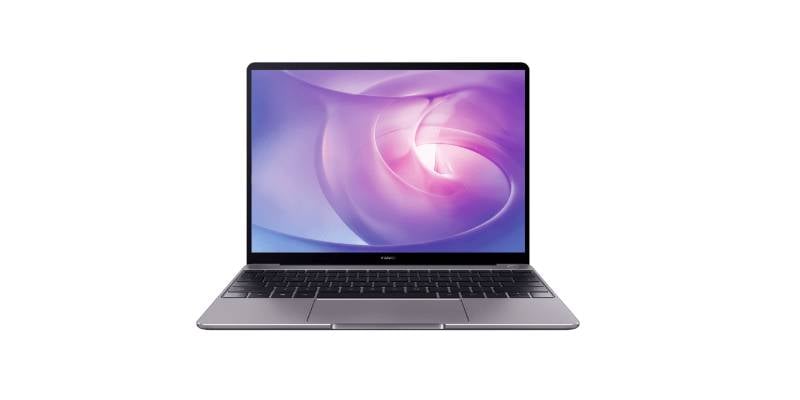 At first glance, the Matebook 13 AMD Edition looks like a cookie-cutter imprint of Huawei’s previous machines, with the laptop retaining the borderless display and gigantic trackpad found on previous models.

The laptop’s 13-inch display uses the same uncommon 3:2 aspect ratio as its predecessors (and, for that matter, the Microsoft Surface range), and offers a 2K resolution paired with an average brightness of 300 nits.

Powering the device is a Ryzen 5 3500U processor, paired with 8GB of DDR4 RAM. The stock model (which retails at £699) comes with 256GB of NVMe storage, although an extra £50 bumps that to 512GB. There’s no discrete graphics to speak of, nor does it use the Nvidia MX series crossover GPU found in the pricier Matebook X Pro laptops, although it does include AMD’s Vega 8 integrated graphics.

Connectivity is served by two USB-C ports, plus a 3.5mm 2-in-1 audio jack. Sadly, there’s no old-school USB-A to be found.

Still, at least it comes with Windows 10, thanks to Microsoft winning a licence to continue working with Huawei. That’s a stark contrast to the firm’s mobile division, which has been forced to use the open-source version of Android, sans Google’s proprietary bits.

Huawei is positioning the Matebook 13 AMD Edition towards “young professionals”, which we assume is shorthand for “people who can’t afford a Dell XPS 13 or MacBook Air.” Nonetheless, this is fairly significant, given AMD’s chips have typically only appeared on Huawei’s more entry-level laptops, like the Matebook D.

The Matebook 13 AMD Edition is available now via Huawei’s online store, although we wouldn’t be surprised to see it trickle to the other usual places in the coming weeks. Full specs here. ®

Microsoft has a cure for data nuked by fat fingers if you’re not afraid of the command line
Like a Bolt from the blue, Huawei’s fledgling AppGallery signs a ride-sharing platform
Dell G7 Series Gaming Laptops With 10th-Gen Intel Core CPUs, Nvidia GeForce RTX GPUs Launched
Apple Will Launch 10.8-Inch iPad in 2020, 8.5-Inch iPad Mini in 2021: Analyst
Macs, iPhones, iPads to get encrypted DNS – how’d you like them Apples?