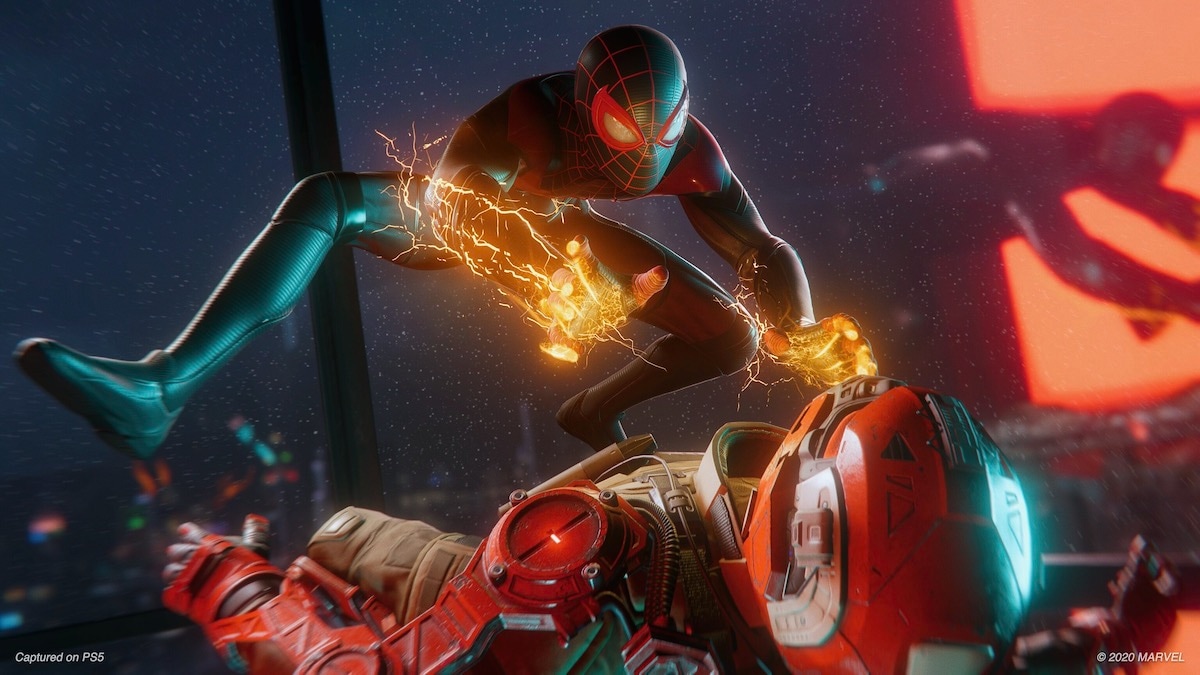 “We know a lot of you want to know how big this game is,” Marvel’s Spider-Man: Miles Morales creative director Brian Horton wrote on the official PlayStation Blog. “You’ll experience a full story arc with Miles, one that’s more akin to a game like Uncharted: The Lost Legacy in terms of overall scope.” Given Lost Legacy ran for 7–9 hours, and Marvel’s Spider-Man took 17–25 hours — both for their respective main stories and side quests, according to How Long to Beat — you’re looking at a game between a third or half as long.

Set in the winter season, just prior to the Christmas holidays — in line with its release period — Spider-Man: Miles Morales centres on “a war between an energy corporation and a high-tech criminal army” taking place in and around New York City’s Harlem neighbourhood, Miles’ new home. Horton added: “Miles’s multicultural background reflects a more modern, diverse world and we wanted to give players a new story, with new set-pieces, fresh villains, and unique quests across Marvel’s New York City.”

Additionally, Miles has new powers — in bioelectricity and invisibility — that set him apart from the original protagonist Peter Parker. For those wondering what happened to Parker, as were we when Spider-Man: Miles Morales was announced, Horton said not to worry and that they “still have much of Peter’s story left to tell”. That hints at a Marvel’s Spider-Man 2 for the PS5 down the line.

In terms of the PS5 — Sony and Insomniac continue to avoid the question of the game’s availability on the PS4 — Spider-Man: Miles Morales will offer near-instant load times, upgraded character and building models, improved skin shading, and more natural hair. Insomniac will make use of PS5 capabilities such as ray-tracing, 3D audio, and the DualSense controller on the new Spider-Man game.

Spider-Man: Miles Morales is out late 2020 as a launch title on the PS5.