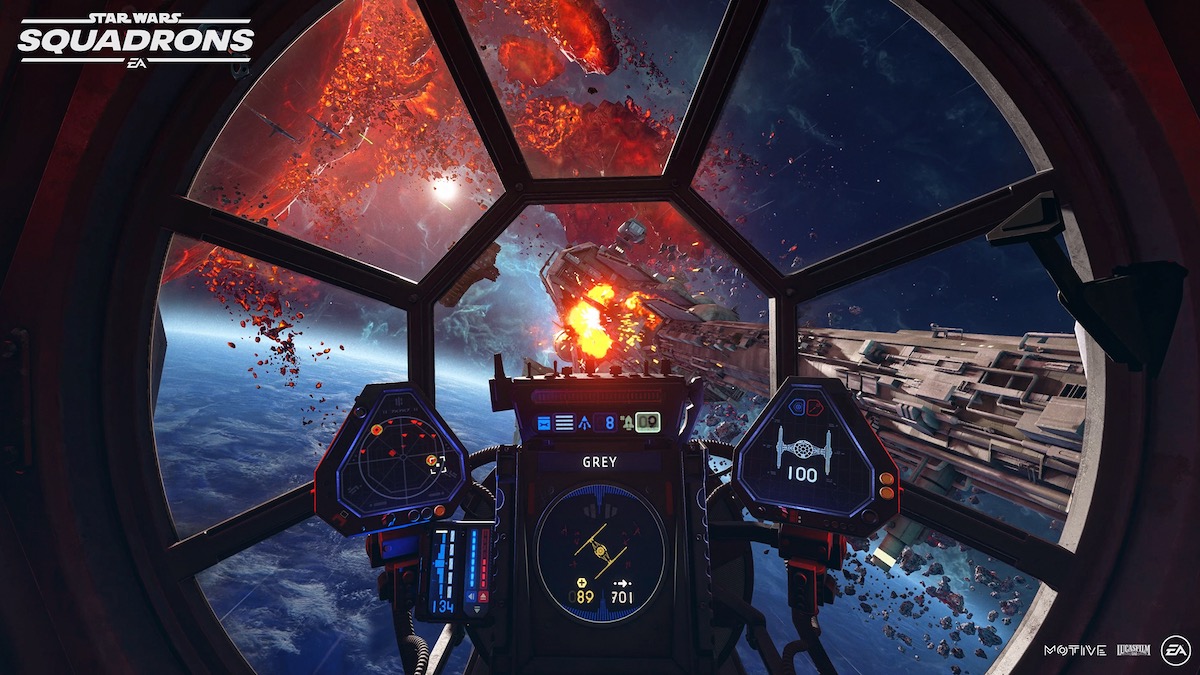 As promised, our first look at Star Wars: Squadrons gameplay is here. At EA Play Live 2020, developer EA Motive — which also worked on 2017’s beleaguered Star Wars: Battlefront II — unveiled a six-minute gameplay trailer for the new Star Wars game, which showcased what flying and dogfights would feel like. The Star Wars: Squadrons gameplay trailer also brings us the first glimpse at the single-player campaign, which is set after Episode VI: Return of the Jedi.

Star Wars: Squadrons looks really promising from what we get to see here. And imagine being able to do all of this in virtual reality. Except you won’t have to imagine with Star Wars: Squadrons, since it’ll be available in VR on PC and PS4 — in full. Single-player, multiplayer, you got it.

There are no microtransactions in Star Wars: Squadrons, and all in-game rewards can only be earned by putting in the work, in what is a response to past mistakes. EA seems to have learnt its lesson from the Battlefront II debacle three years ago, when it earned the wrath of Star Wars fans for baking in pay-to-win mechanics with loot boxes that could be purchased with real money. That, on top of a game which cost Rs. 3,999 / $60 to begin with, did not sit well.

EA is going further in pleasing potential buyers with the introduction of cross-platform play on Star Wars: Squadrons. While the option has been available to developers for a while now — Sony was the last to give the nod in September 2018, and then opened it to everyone in October 2019 — EA has yet to introduce it to any of its big franchises. The only exception has been Need for Speed Heat, which received crossplay on June 9.

Star Wars: Squadrons is out October 2 on PC, PS4, and Xbox One.