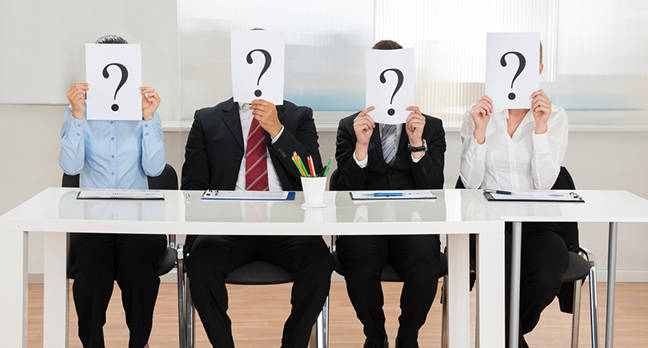 A new computer vision technique that helps convert blurry photos of people into fake, realistic images has come under fire for being racially biased towards white people.

The tool known as PULSE was introduced by a group of researchers from Duke University, and was presented at the virtual Conference on Computer Vision and Pattern Recognition last week. Given a pixelated portrait as input, PULSE searches through computer generated images and picks the best one that it believes is the closest match to the original photo.

All the imaginary images are outputs generated by StyleGAN, a generative adversarial network developed by Nvidia back in 2018. The whole system, essentially, turns a small fuzzy photo into a larger, higher resolution image, a method known as upscaling.

PULSE cannot, however, be used to reveal the true identity of the person hidden in the blurry photo, since it only considers images that have been made up by a generative adversarial network. The people depicted in its results do not exist in real life.

Instead, the tool looks for features like hair length and skin colour in the blurry image and selects a new face dreamed up by StyleGAN that might resemble the person in the original image. Unfortunately, the tool struggles when the obscured photos feature people of colour since it often chooses fake images of people that are white.

Here’s a good demonstration of the overall model: The original face on the left may be difficult to make out, but most people would be able to tell that it’s former US president Barack Obama.

Given that image, PULSE has selected an image on the right using StyleGAN. The computer-generated face obviously doesn’t look anything like Obama at all. In the original image Obama has dark skin, black hair, and brown eyes, but the result is, instead, someone that has white skin, blue eyes, and brown hair.

Robert Ness, a machine learning scientist who teaches workshops at his online platform Altdeep, also found other examples of racial biases when he was toying around with the software. When he fed his own photo and one of Alexandria Ocasio-Cortez, the US Representative for New York’s 14th congressional district, the results were both skewed towards Caucasian-looking faces.

An image of @BarackObama getting upsampled into a white guy is floating around because it illustrates racial bias in #MachineLearning. Just in case you think it isn’t real, it is, I got the code working locally. Here is me, and here is @AOC. pic.twitter.com/kvL3pwwWe1

First, the model blurred both of his original images. Next, PULSE picked images generated by StyleGAN based on the pixelated inputs. “This model demonstrates the same bias issues we’ve seen in other more commonly used data-driven algorithms like search,” he told The Register. “This instance of deep generative modeling just happens to make the issue glaringly obvious.”

Do not test a biased model on a biased dataset!

The researchers have acknowledged the issue and believe it stems from existing biases within the StyleGAN model itself. They updated their research paper with a section addressing the issue of racial biases in their work.

The team contacted the original researchers from Nvidia to notify them about their issue, but didn’t get a response. “NVIDIA takes diversity and inclusion seriously,” a spokesperson from the company told The Register.

“We’re always striving to create better datasets and algorithms to overcome any existing bias in current models. We are also doing more research on the algorithmic bias in deep-learning models and methods to mitigate them.”

Sachit Menon and Alex Damian, both co-authors and recent graduates at the University of Duke, didn’t realise this when they decided to carry out the research. They also didn’t realise the racial biases in StyleGAN since they tested their tool on another dataset that collects images of celebrities known as CelebA.

“It turns out that 90 per cent of the photos in CelebA are white people,” Menon told El Reg. By testing a biased model on a dataset that also contains the same biases, the issue was overlooked.

“We tried [the tool] on me, and I’m Indian,” he added. “Sometimes it worked, but a lot of the times it would make me white. And then I found this other paper that showed StyleGAN only makes Indian people 3 per cent of the time. And when we saw this break down, that’s when we realised it was biased.”

The team used Nvidia’s off-the-shelf model and did not train StyleGAN themselves. “In an ideal world, there would be a more balanced dataset, and we could have used a pretrained model that reflected this,” said Damian. “If we used a different evaluation dataset that contained more images of people of colour then we would have spotted the issue. That’s a big takeaway and a big lesson for us.”

The pair said they carried out the project when they were undergraduates and simply selected StyleGAN for their tool because it provides state-of-art results and that CelebA was commonly used to benchmark super-resolution imaging tasks.

“We don’t want to point fingers at anyone; implicit biases are systemic issues,” they said. “It’s important to be aware of these problems that we weren’t initially thinking about. We still have a long way to go as a field of being aware of these things.”

The research has kickstarted a heated discussion of whether the issue can simply be fixed by using a model that has been trained on more diverse dataset. Facebook’s chief AI scientist Yann LeCun believes so, but others like Timnit Gebru, an expert in algorithmic bias, don’t think it’s as easy as that. ®

I’m sick of this framing. Tired of it. Many people have tried to explain, many scholars. Listen to us. You can’t just reduce harms caused by ML to dataset bias. https://t.co/HU0xgzg5Rt