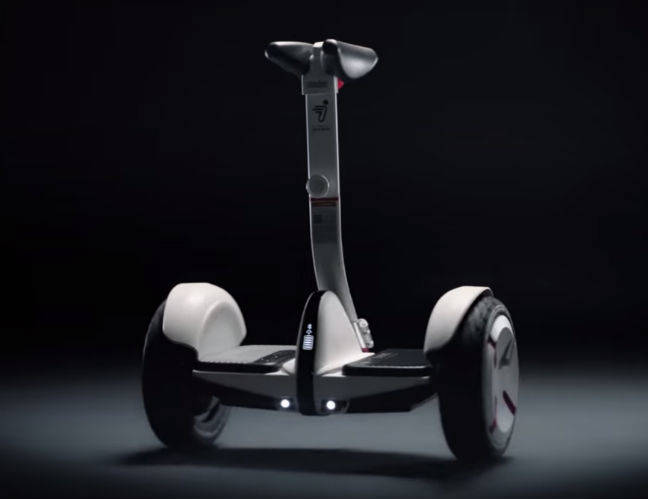 In yet another reminder that the heady days of the noughties are but a distant memory, the Segway is set to officially end production after a near-twenty-year run.

Fast Company tells us the iconic electric scooter is going to end commercial production on July 15, with 21 of the 33 workers at its Bedford, New Hampshire plant in the States facing layoffs. The rest will be kept on temporarily to handle remaining orders and Segway’s contracts with law enforcement and the tourism industry.

Segway could not be reached for confirmation.

The Segway PT (that’s PT for Personal Transporter) began its life as the HT (Human Transporter) in 2001. At the time, the Segway was talked up as the next big thing in, well, human history. Speaking ten years on, Reg man John Oates described the debut:

US court rules: Just because you can extract teeth while riding a hoverboard doesn’t mean you should

Needless to say, the early years of the Segway were decidedly underwhelming. Despite early rounds of fawning press for Dean Kamen’s two-wheeled gizmo, initial uptake was limited to wealthy technophiles who couldn’t seem to find many practical uses for the scooters.

Eventually, Segway was able to get itself into a few business niches. The easy-to-ride (most of the time) scooters proved popular as rental items for tourists who wanted a fun, convenient way to get around cities (that business now operates under its own brand: Segway Discovery), as well as police and security guards who were seeking out something faster than walking, but still compact enough not to disrupt foot traffic.

Perhaps the most significant contribution of the Segway, however, was its wheel-balancing software that inspired motorized skateboards and the electric foot scooters that blight sidewalks. It still holds a number of valuable patents in the area.

In that way, it seems the Segway did sort of change the way we get around cities, after all. Dodging Nathan Barley types on their foot scooters. ®

PS: Yes, it’s true that Jimi Heselden, the British businessman who bought Segway Inc in 2010, died that year after accidentally reversing his Segway off a cliff after making way for a passing dog walker.