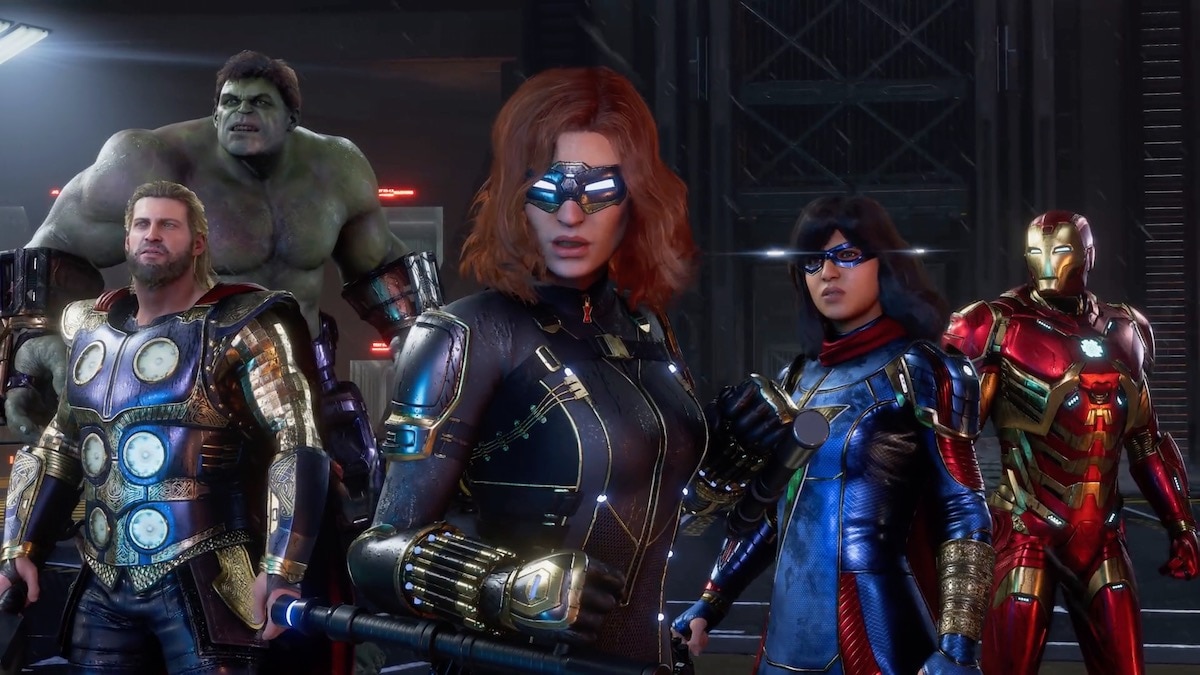 Marvel’s Avengers developer Crystal Dynamics unveiled seven minutes of gameplay, the first look at co-op features, and a story trailer, during a live stream on Wednesday, with just over two months to go to the game’s release. The new Marvel’s Avengers gameplay features Iron Man, Thor, and Hulk taking on a new threat made up of giant robots that look a bit like Transformers. The gameplay video is largely focused on Thor, with a bit of Hulk and Iron Man on the side. We get to see their powers in action, including the Hulk smash, and Thor using Mjolnir to fly or open a portal to teleport.

The Marvel’s Avengers co-op trailer shows the other heroes as well, including Ms. Marvel and Black Widow, all part of the previously announced cast. There’s a blink-and-you-miss-it inclusion for Nick Fury as well. It sets up a bit of background for the online missions you’ll take on with your friends, the gear upgrades you can make, be it new weapons or suits, and the different environments you’ll be fighting in. The co-op trailer ends with a reveal of Iron Man’s Hulkbuster armour.

That brings us to the Marvel’s Avengers story trailer, which tells us more about the game’s single-player campaign. Ms. Marvel will be the one to unite the defeated Avengers, who will then go up against the schemes of M.O.D.O.K. — “Mobile Organism Designed Only for Killing”. In the comics, M.O.D.O.K. was a technician called George Tarleton subjected to experiments to become a “living computer”. Driven mad by said experiments, Tarleton turned on his superiors.

Detroit cops employed facial recognition algos that only misidentifies suspects 96 per cent of the time
AR 1.0 is dead: Here’s what it got wrong
OnePlus TV U Series (55U1) Review
Intel’s ‘Lakefield’ Hybrid CPUs: Where You’ll Find Them, What They Do, and What They Mean for the Future of PCs
I was screwed over by Cisco managers who enforced India’s caste hierarchy on me in US HQ, claims engineer