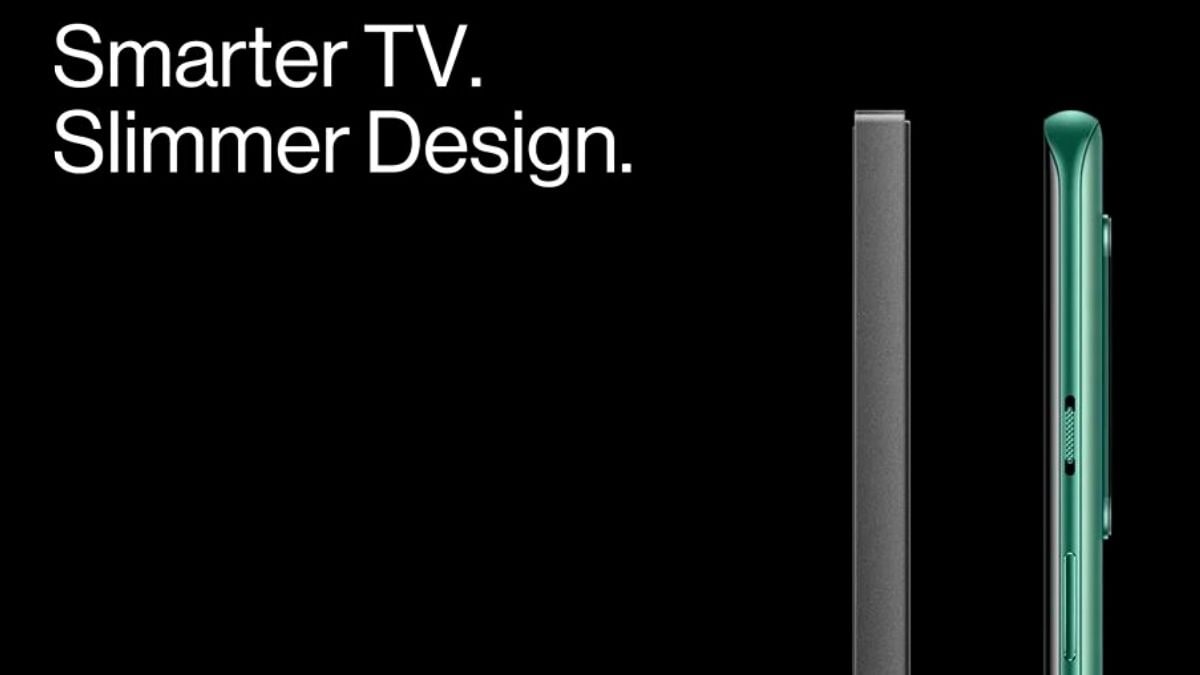 Speaking more about the design of the upcoming OnePlus TV, Lau told Android Central that the new smart TV featured thin bezels with 95 percent screen-to-body ratio. This was also revealed by the OnePlus CEO in a tweet on Wednesday. Lau added that the speakers had an innovative acoustic arrangement where they were rotated by 90 degrees. This allowed the company to fit two large full-range speakers on the TV, with Lau noting that it has resulted in 50 percent deeper bass. He has highlighted that the upcoming TV sports a carbon fibre pattern at the back that is similar to the OnePlus TV Q1 series, launched last year.

“Creating the unique carbon fiber back for the new OnePlus TVs is a great example of the attention we give to little details that make up a whole, ensuring premium quality,” the OnePlus CEO told Android Central.

Coming to the user experience, Lau did not highlight any specific features, though mentioned that OnePlus’ goal was to “set the standard” for smart TV products. In a tweet last week, he had revealed that the OnePlus TV supports Cinematic Display and Dolby Vision, and has preloaded Netflix app.

Earlier in June, Lau had shared that the OnePlus TV models would come with an “innovative Gamma Engine” and 93 percent coverage of the DCI-P3 colour gamut. The new smart TV by OnePlus will reportedly be released in 32-inch (model number 32HA0A00) and a 43-inch (model number 43FA0A00) variants.

Currently, the new OnePlus TVs are up for pre-bookings on Amazon India. The company states that customers who pre-book the OnePlus TV models will get extended warranty for two years from Acko that is a general insurance company.

As mentioned, upcoming OnePlus TV lineup will start at less than Rs. 20,000.

How to Send Audio in Facebook Messenger
Binary vs. Source Packages: Which Should You Use?
Dell XPS 13, XPS 15 2020 Model May Be Launched in India on July 8, Amazon Listing Suggests
Brit MPs vote down bid to delay IR35 reforms, press ahead with new tax rules for private-sector contractors
Dell Precision 5550 Workstation Laptop With Intel 10th Gen CPUs, Nvidia Quadro Graphics Launched in India