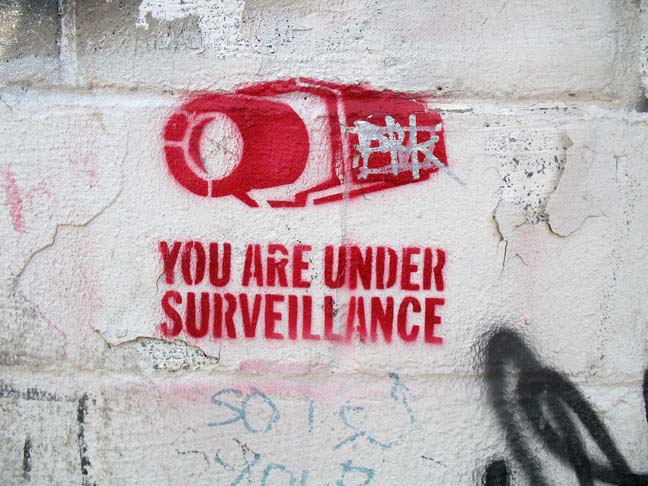 South Wales Police and the UK Home Office “fundamentally disagree” that automated facial recognition (AFR) software is as intrusive as collecting fingerprints or DNA, a barrister for the force told the Court of Appeal yesterday.

Jason Beer QC, representing the South Wales Police (SWP) also blamed the Information Commissioner’s Office (ICO) for “dragging” the court into the topic of whether the police force’s use of the creepy cameras complied with the Data Protection Act.

The president of the Court of Appeal, Sir Terence Etherton, had asked: “I thought we were dealing with this overall issue about whether the law was sufficiently foreseeable, et cetera. Why are we going into this?”

Beer replied: “The ICO has dragged us into it,” to which Etherton said: “This deals with the breach [of the law], not with the framework [of law]. Why are we going into this in some detail?”

Nervously smiling on the video feed, Beer replied: “Sometimes the answers I give the court aren’t accepted,” which prompted a rare laugh from the judge. The barrister added: “The [facial-recognition tech] is no more intrusive than the use of CCTV on the streets.”

Etherton, who is the Master of the Rolls and one of England’s most senior civil judges, had been asking why Beer was going into detail about the legalities of South Wales Police’s (SWP) use of AFR technology. That tech, supplied to SWP and other forces by NEC under the name Neoface, is the subject of a legal challenge spearheaded by human rights pressure group Liberty, along with the ICO.

The thrust of Beer’s arguments were that SWP had fully complied with the law, including when it made a disputed series of privacy and equality impact assessments. Liberty argues the police paid lip service to these, while police and the Home Office say the law is perfectly clear and that SWP did nothing wrong.

More revealingly, Beer spoke in detail about the NEC Neoface deployments carried out by SWP. Of these, he said, in 2018 there were “83 incorrect alerts” leading to “21 incorrect interventions”. An intervention, he explained, meant a police constable on the street would approach a suspect and do everything from have a conversation with them to a full arrest and search. He did not break the “intervention” figure down further than that.

“Over the years,” Beer told the Court of Appeal, there was “an average of 22 per cent” of false matches made by NEC Neoface. A total of 220 false matches were reduced down to 48 wrongful “interventions” by police, according to the force’s own figures. He said: “It shows that for 80 per cent of cases over the three years, officers themselves making the match have been able to weed out the cases where the machine has incorrectly made a comparison and suggested that the person is worthy of speaking to.”

The Register is currently seeking access to witness statements deployed by SWP in support of these arguments. Beer told the court that Liberty had not correctly understood how NEC Neoface worked.

Beer was joined in his general legal points by barrister Richard O’Brien, who argued the Home Office’s case. In written submissions O’Brien told the court it should concentrate solely on the use of Neoface’s AFR Locate function by SWP, that being the stated reason for the appeal case, and not the wider legal issues engaged by AFR tech as a whole, a point the judges appeared to be sympathetic to earlier in the case.

Referring to the human “failsafe” of police checking a match by eye as mentioned by Beer, the Home Office’s barrister wrote: “These features of AFR Locate demonstrate why the extreme potential uses of AFR to which the Appellant refers do not assist in the resolution of this case. The Respondent employs AFR Locate at specific locations in the South Wales Police’s area of responsibility. It could not lawfully or practically ‘track the movements of individuals as they move around the country’.”

The Home Office also argued that SWP’s failure to publish its policies and processes governing AFR at the time of the disputed 2018 Cardiff deployments was “sufficient” to comply with the law as it stands.

Judgment in the case is expected later this year. ®