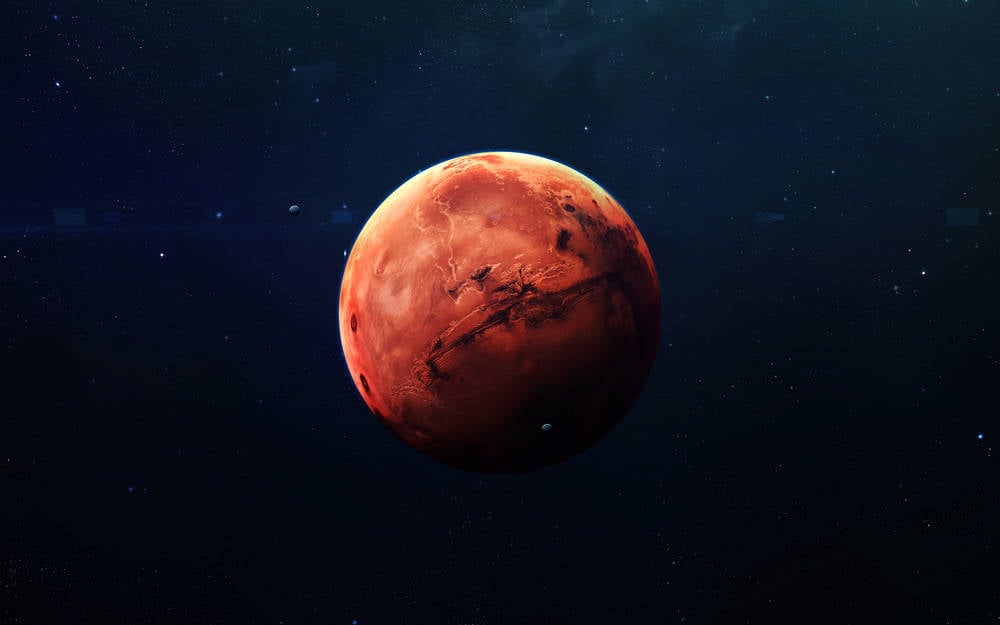 NASA is developing a Mars rover AI system designed to sift through sensor data for signs of life on the Red Planet and send back relevant readings to its Earth base all by itself.

A team led by NASA’s Goddard Space Flight Center devised the machine-learning algorithms as part of a proof-of-concept study to show a future Martian trundle bot could analyze and select which data to phone home, rather than shovel all the harvested bits and bytes over space, saving time and bandwidth.

“What we get from these unmanned missions is data, lots of it; and sending data over hundreds of millions of kilometres can be very challenging in different environments and extremely expensive; in other words, bandwidth is limited,” said Victoria Da Poian, a visiting scientist working at NASA’s Goddard Space Flight Center.

“We need to prioritize the volume of data we send back to Earth, but we also need to ensure that in doing that we don’t throw out vital information.”

The team based their prototype on the ExoMars Rosalind Franklin rover, which was conceived by ESA and Roscomos and is now due to head off to the Red Planet in 2022. The US boffins trained their AI using data expected to be produced by the rover’s Mars Organic Molecule Analyser (MOMA), a mass-spectrometer to sniff out chemical compounds in the Martian soil.

Specifically, a neural network was trained to detect chemical signatures from 21,000 experimental spectra taken by the MOMA during tests on Earth; the software was able to classify known compounds with 95 per cent accuracy. Da Poian presented details of the effort at the virtual Goldschmidt Geochemistry conference this week.

To be clear, this work-in-progress machine-learning code won’t run on the Rosalind Franklin rover. Instead, it’s hoped the AI will be deployed on future next-gen bots. “For now, the rover is not equipped with any software running machine learning [algorithms] for the data analysis,” she told The Register.

“When first gathered, the data produced by the MOMA life-searching instrument is difficult to interpret,” Eric Lyness, a NASA principal systems engineer working on the project, explained. “It will not shout out ‘I’ve found life here,’ but will give us probabilities which will need to be analyzed.

Sorry to drone on and on but have you heard of Ingenuity? NASA’s camera-copter is ready to head off to Mars

“We’re aiming for the system to give scientists directions, for example our system might say ‘I’ve got 91 per cent confidence that this sample corresponds to a real world sample and I’m 87 per cent sure it is phospholipids, similar to a sample tested on July 24th, 2018 and here is what that data looked like.'”

To run an AI like this on the Red Planet, space agencies will have to send fairly powerful hardware capable of running machine-learning algorithms without burning through power reserves, and faster and more efficiently than beaming the data back to Earth and processing it there on super-fast computers.

“For a longer term goal, having hardware capable of running the algorithms onboard is a big challenge, the instruments will need to have more powerful computers on board,” Da Poian told El Reg. “The CPU intensive part is training the network, so we could imagine training the network on the ground and just sending the trained network to the probe. This option would require less computing power on the probe.

“Meanwhile, NASA is working on a next generation of computers for space flight missions that will be much more powerful than the current generation.”

The launch of the Rosalind Franklin Mars rover was pushed back by two years, after its landing parachutes failed during tests. It is now hoped to land on the surface of Mars in 2023. ®