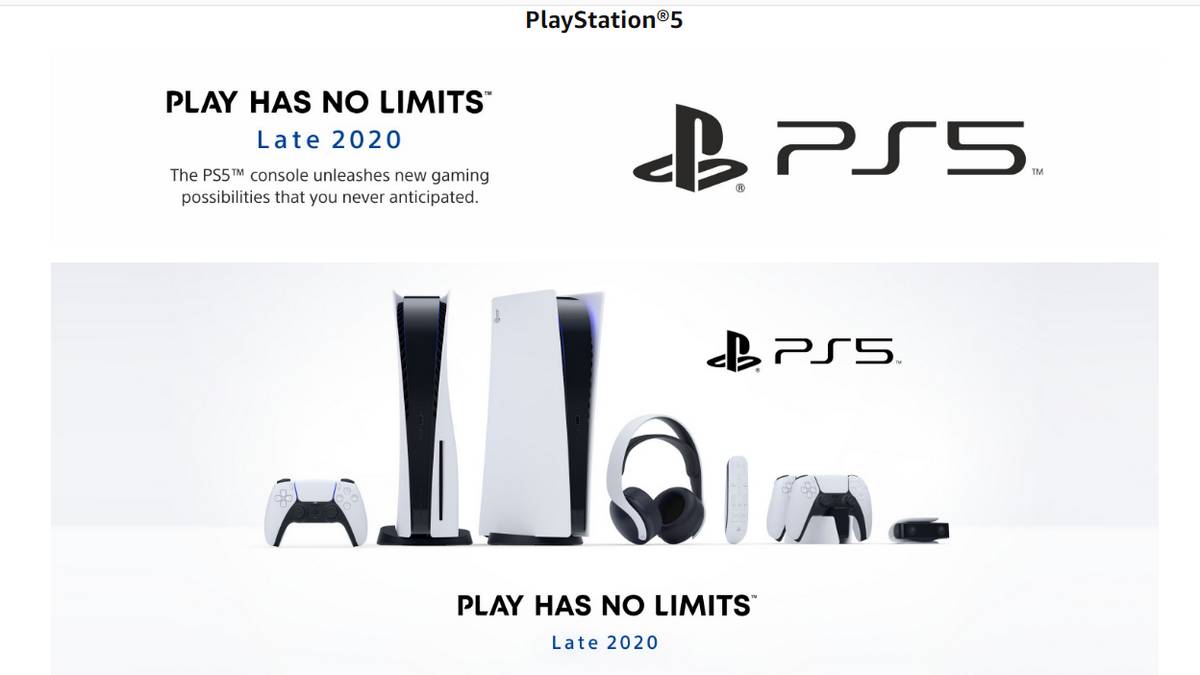 PlayStation 5 teaser page has gone live on Amazon and Flipkart in India with a “Late 2020” release date. The pages show off the two console variants, one with the disk drive and one without, along with a set of accessories that will also be available for purchase in India. There is no pricing yet as Sony has not announced the same. The design of the PlayStation 5 was revealed by Sony last month when it also showed off some of the games that will be coming to the console. Sony PS5 is expected during holiday season 2020 which could mean it will be available from late November.

The Amazon and Flipkart teaser pages share the same information about the console and its accessories. There will be two variants, a PlayStation 5 with a disk drive and a PlayStation 5 Digital Edition without a disk drive. The pages also show the DualSense Wireless Controller that was initially revealed early in April. More interestingly, there are four accessories that will come to India as well including the Pulse 3D Wireless Headset, a Media Remote, a DualSense Charging Station, and an HD Camera. As of now, it is unclear if the accessories will launch in India alongside the PlayStation 5 console. There is no release date and the consoles will arrive in India in “Late 2020”, which means PS5 could go on sale starting late November. A leak from last month showed that the PlayStation 5 will be released on November 20 and that the Digital Edition will cost EUR 399 (approximately Rs. 33,500) with the standard edition priced at EUR 499 (roughly Rs. 42,000).