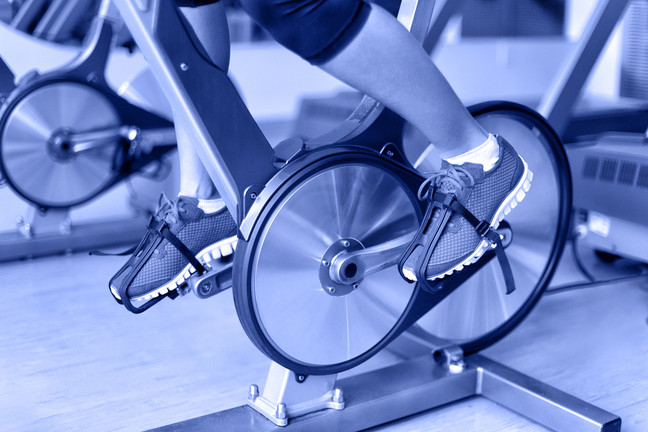 +Analysis Dell this week announced it is exploring a sale of the 81 percent chunk of VMware it owns and that is not publicly traded.

A regulatory filing stated “this process is currently only at an exploratory stage” and is being contemplated because it could “benefit both Dell Technologies’ and VMware’s stockholders by simplifying capital structures and enhancing strategic flexibility, while still maintaining a mutually beneficial strategic and commercial partnership.”

That last bit is critical because Michael Dell has often said that VMware sets agendas that the wider enterprise computing industry generally follows, and that Dell benefits from being close to Virtzilla. The statement therefore says any deal will take place only if it includes the following:

Left unsaid is that VMware has reason to stay linked to Dell, too, as it has gone on the record as saying Dell’s sales force is worth a billion bucks a year of revenue.

The filing and parallel press release are both at pains to point out that Dell is merely exploring a deal and hasn’t decided to do one, or to do anything.

“Dell Technologies also continues to evaluate a range of strategic options, including maintaining the status quo with respect to its ownership interest in VMware,” the filing stated.

Dell also said it wants an income-tax-exempt transaction, it won’t make anything happen prior to September 2021, that any deal will make sure investors get their cut, and that a spun-out VMware will be properly capitalized so it can borrow money on pleasing terms. Both documents also point out that VMware has to approve any sale, a legacy of previous financial contortions performed to take Dell public in 2018.

Dell is doing rather nicely at present. The IT titan measures success by market share leads, and especially in the data center it is well out in front in many key segments. It’s certainly in better shape than direct rivals HPE (which is bleeding), Lenovo (which just can’t get its data center business rolling), IBM (which is rumored to be considering quitting storage and POWER servers), and is vastly larger than other rivals like Nutanix and Pure Storage.

But all that strength is not reflected in its share price.

Investment management and asset management firm AllianceBernstein last week issued a note in which managing director and senior analyst Toni Sacconaghi Jr said: “Clearly, Dell is frustrated with its share price, which implies a 30-40%+ ‘conglomerate discount’ to its stake in VMware.”

But Sacconaghi doesn’t think a sale is likely because he doesn’t think anyone other than Google would want to buy it, and other options such as selling part of VMware, or absorbing the company and then spinning it off, have all sorts of weird financial downsides.

The analyst therefore suggested no sale and no change is the most likely outcome. “We note Michael Dell is only 55, and his actions to date would suggest he believes VMware is key to ensuring the long-term success of Dell as a business,” Sacconaghi wrote.

It’s hard to argue against that because Dell’s clear weak spot today is pure-play cloud. The company designs and sells hardware to hyperscalers, and offers its own multi-cloud products. But it is VMware that makes Dell a relevant cloud player through its software, alliances with AWS, Microsoft, Google, and Alibaba, while its rapid embrace of cloud-native computing and Kubernetes is also notable. VMware’s NSX network virtualisation business also has enormous upside and little competition.

Spinning out VMware while retaining a strategic umbilical cord may help Dell, but it is hard to see such a relationship enduring. Indeed, Dell has struggled to make similar relationships work with the likes of RSA, Quest Software, and SonicWall.

There’s one more idea worth considering: Dell has decided VMware’s long-term outlook is troubled as its core technology – the virtual machine – is becoming less relevant. A VMware collapse is not a likely outcome, because the biz has a big user base, is a vital provider to many of its largest clients, and with Pivotal aboard is relevant as organisations evolve their application development practices and strategies.

But cloud-native computing is evolving quickly, the likes of AWS and Google are starting to step into VMware’s territory with hybrid cloud offerings, and there’s no guarantee VMware’s shift to Kubernetes will be a big win in a crowded market. It’s not impossible to conceive that cloud’s continued march reduces VMware’s relevance.

Michael Dell has proven unafraid of radical action. Cashing out of VMware before it declines would not be out of character, with the insistence on ongoing collaboration a more-than-handy hedge to make sure Dell can milk Virtzilla on its way down. ®