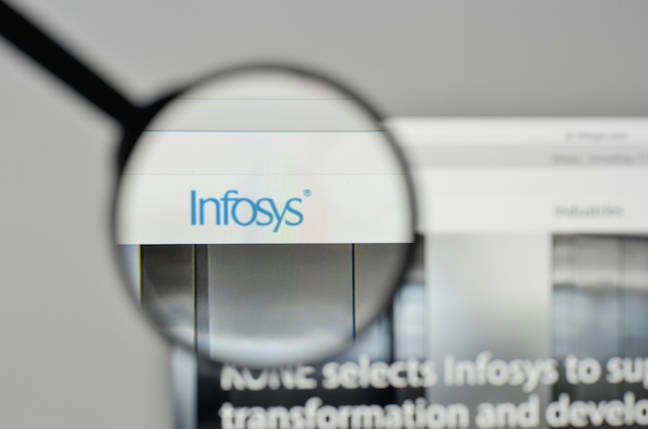 Indian services company Infosys has said that lower-than-planned costs for visas have helped it to record better-than-expected results for the first quarter of its financial year.

Infosys can of course expect those costs to stay low for the rest of the year, due to Coronavirus-related travel bans and the USA’s ban on the H-1B visa that president Trump suggests allows India’s outsourcers to keep Americans out of jobs.

The futility of shelling out for visas and inability to spend on travel, plus other cost-control measures, helped the company to post an 8.9 percent increase in operating profits, which reached $712m on revenue of $3.1bn. Revenue rose up 1.5 percent year on year in constant currency.

The bulk of the company’s growth came from financial services, which recovered after an initial drop in the early parts of quarter one. High-tech, life sciences and health revenues all grew, while most other sectors remained flat. European revenue rose 4.4 percent but North American revenue was steady.

Infosys’ CEO Salil Parekh said that the company was able to thrive in the quarter because its Chinese offices showed how to handle a lockdown.

“We learned from how that situation developed, which was a couple of months earlier,” he told investors. “That gave us a little bit of a time advantage to put things in place a little bit faster where our technology infrastructure, which enabled work-from-home, made a significant difference.”

COO Pravin Rao said most of the company’s staff are still working from home but that Infosys is now considering a “hybrid model” in which “people should have the ability to work from home or work from the office in a seamless manner.”

“Right now, technologically we are able to deliver good quality without compromising on service levels or quality to the clients. But in the long run, we need to figure out how we will continue to engage with employees when they are working in a remote manner,” he said.

The company also provided guidance for the rest of the year after holding back last quarter due to the uncertainty around the pandemic. It expects revenues to grow by up to two percent across the year, but raised the possibility of no growth at all. Margins were forecast to sit between 21-21 per cent.

Future prospects also seem plentiful, with execs reporting that businesses recognise that tech is vital to their future and therefore being more than willing to talk about new projects. ®

FBI boasts of dark-web drug bust: 179 collared around the world, $6.5m in cash and 500kg of narcotics seized
Xbox App for iOS to Soon Let You Stream Your Console’s Games to Your iPhone: Report
New Microsoft Exchange, SharePoint, Project Server versions inbound, but only available on subscription
Azure DevOps Services reminds users that, yes, it really is time to pull the plug on Internet Explorer 11
How Cloning May Have Helped Access WhatsApp Chats in Sushant Rajput Case