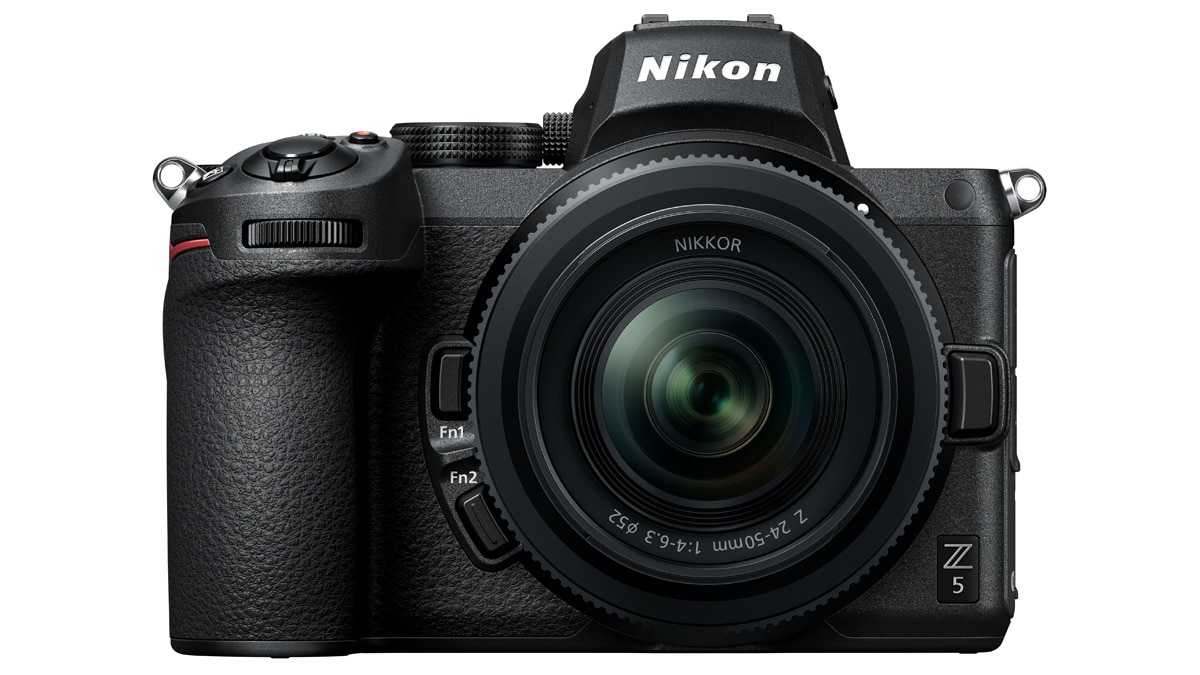 The Nikon Z5 entry-level full-frame mirrorless camera has just been launched in India. This is currently Nikon’s most affordable Z-series camera with a full-frame sensor. The Nikon Z5 features a new sensor and despite its lower position in the series it still gets in-body image stabilisation (IBIS), dual SD card slots, and the ability to shoot video up to 4K. The Nikon Z5 will be available from August 27 in India at a retail price of Rs. 1,13,995 for just the body. Nikon also announced a new NIKKOR Z 24-50mm f/4-6.3 kit lens, which it says is the shortest and lightest Z-mount lens it has made so far. With this lens the Z5 will be available at a bundled price of Rs. 1,36,995.

The Nikon Z5 inherits a lot of features from its bigger siblings, the Z6 and Z7, such as the five-axis IBIS, autofocus system and design. It does, however, come with a new 24.3-megapixel full-frame sensor. It also uses the same Expeed 6 image processor and has a similar ISO range of 100-51,200 as the Nikon Z6. Burst shooting speed is a bit lower, at 4.5fps. The Z5 also has two SD card slots, with support for UHD-II speeds. It also has the same magnesium alloy body as the Z6 and Z7, with some degree of weather proofing.

Nikon has fitted the Z5 with 273 on-sensor autofocus (AF) points with support for eye detection AF for humans and animals. You get a 3.6 million dot resolution electronic viewfinder and a tilting rear 3.2-inch LCD display with touch support. The Z5 also has a new EN-EL15c battery, which Nikon claims is good for 470 shots per charge. The camera can shoot up to 4K 30fps, but with a 1.7x crop factor or up to 1080p 60fps without any crop. The ports on the Nikon Z5 include Micro-HDMI, microphone, headphone, and USB Type-C. The latter port can be used for charging the camera, via a compatible power bank.