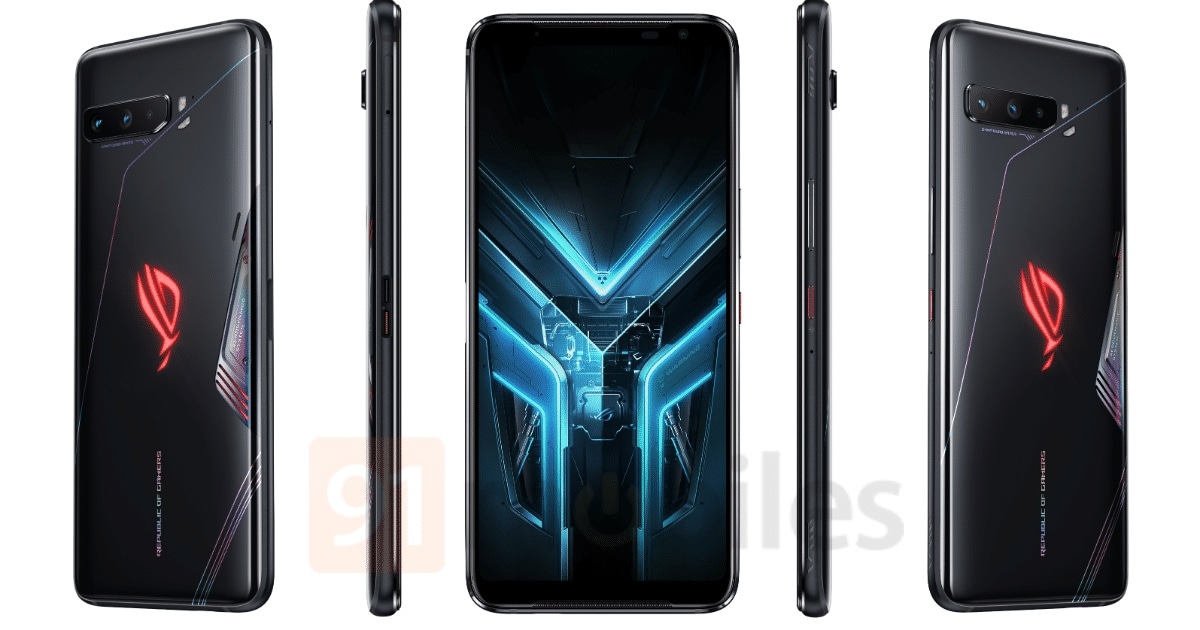 Asus ROG Phone 3 is launching globally as well as in India today. The company is hosting a digital launch event wherein all of the details regarding the successor of the Asus ROG Phone 2 will be officially unveiled. Based on teasers posted through various social media accounts, the Asus ROG Phone 3 is set to pack a large 6,000mAh battery and be powered by the latest Qualcomm Snapdragon 865+ SoC. The phone is further tipped to come with up to 16GB RAM and triple rear camera setup.

Coming to the specifications, Asus has already confirmed that the Asus ROG Phone 3 will be powered by the Qualcomm Snapdragon 865+ SoC and pack a large 6,000mAh battery just like its predecessor. The device was leaked via TENAA recently, and it is tipped to run on Android 10 and feature a 6.9-inch (1,080×2,340 pixels) AMOLED display. It will reportedly come in three variants of 8GB, 12GB, and 16GB along with 128GB, 256GB, and 512GB internal storage options.

There is expected to be a triple camera setup at the back of the Asus ROG Phone 3. This setup is tipped to include a 64-megapixel main camera and a 13-megapixel secondary camera. The third camera details are not known right now.

A recent leak also suggests that the Asus ROG Phone 3 accessories will include the Kunai Gamepad, TwinView Dock, Lightning Armor Case, and the AeroActive Cooler (names not confirmed). The Kunai Gamepad, for instance, is expected to convert the ROG Phone 3 into a handheld gaming console with joysticks on the sides and the screen in the middle.

Elecrow CrowPi2: Neat way to get your boffins-to-be hooked on Linux from an early age and tinkering in no time
We want weaponised urban drones flying through your house, says UK defence ministry as it waves a fistful of banknotes
Zebronics ZEB-Juke Bar 9700 Pro Dolby Atmos Soundbar With 450W Speakers Launched in India
Twitter Removes BJP Politician T Raja Singh’s 3-Year-Old Tweet Citing Hateful Conduct Policy
It’s IPO week and one of Wall Street’s own is raising the spectre of a stock market crash