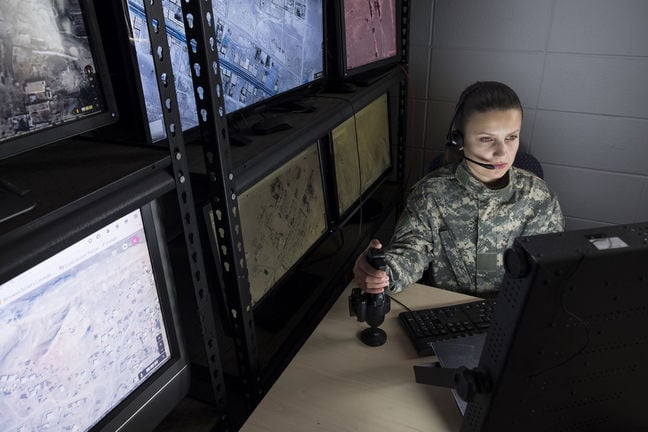 Capita’s 2017 decision to implement bespoke IT systems on a £1.3bn British Army recruiting contract led to nearly 25,000 fewer applications to join the military in the following year, new figures have revealed.

The switching-on of bespoke Defence Recruiting System (DRS) IT systems contributed to the lowest number of wannabe Army recruits signing up since 2013 as well as a drop of 22 per cent in the number of applicants.

Figures revealed [PDF] by the Ministry of Defence under Freedom of Information laws showed that in the 2017-18 recruiting year, the Army received a total of 118,950 enquiries about joining. In November 2017, Capita turned on DRS’s IT systems, a decision that led to Royal Air Force recruitment grinding to a near-total halt. The following January a minister was forced to admit to Parliament that DRS had “glitches” even as 200 full-time Army recruiters were made redundant.

In the next recruiting year, 2018-19, the Army received 92,850 applications: a decrease of 23,100 applications (22 per cent) year-on-year. At the time, news reports abounded that wannabe Army recruits were simply unable to get through Capita’s flawed new system and were dropping out in frustration.

MPs and the Public Accounts Committee alike have previously described the Army as “naive” for signing the “abysmal” 10-year deal with Britain’s most notorious outsourcing company.

Capita declined to comment, while insisting that January 2019 saw the highest number of applications received by the Army for five years.

The Ministry of Defence stopped publishing like-for-like statistics on Armed Forces recruiting in Q3 2017, coinciding with the switch-on of DRS. Nonetheless, generals, ministers and Capita execs alike have all admitted that the project has largely been a failure.

Capita chief exec Jon Lewis told MPs last year that Army clawbacks of £26m on the Recruiting Partnership Programme, of which DRS is a part, had wiped out “close to 100 per cent of the margin on the contract”.

The contract is due to end in 2022. Although the MoD has the right to use DRS in perpetuity, it must still pay maintenance fees to Capita for the upkeep of the software. ®