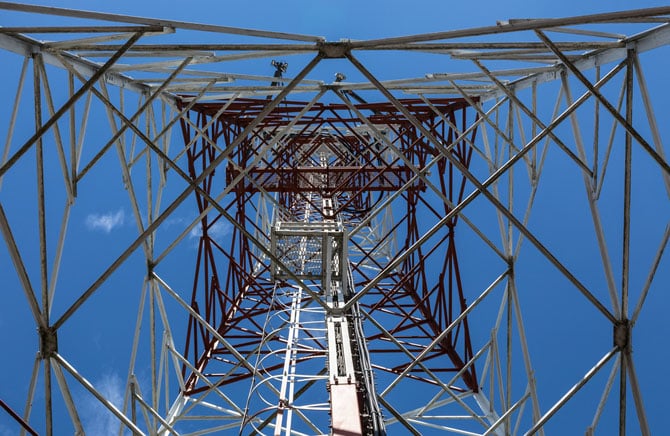 Vodafone will IPO its towers business next year, it told the market this morning, with the global telecommunications giant planning a public offering for early next year on the Frankfurt Stock Exchange.

Dubbed Vantage Towers (presumably because they couldn’t think of a more generic name), the firm expects to sell between 10 and 20 per cent of the company, which had revenues of €950m last year and margins of 85 per cent.

The telco today reported its Q1 for its financial year ended June 2021, reflecting a fall in overall revenue of 2.8 per cent to £10.5bn. It said its growth rate during the quarter had been hit by lower “roaming revenue” due to the COVID-19’s impact on international travel – which is likely to continue in the short term.

Vodafone also faces the cost of stripping Huawei gear out of its core network across Europe, which it estimated earlier this year at €200m.

Vantage Towers presently operates 68,000 towers across nine markets – including the UK, Germany, and the Czech Republic. The business holds a controlling interest in all markets save for Italy, where the Voda spinoff owns 33.2 per cent of Infrastrutture Wireless Italiane alongside Telecom Italia.

The decision to list in Frankfurt is being widely interpreted as a post-Brexit snub, although Vodafone argues that the UK’s departure from the European Union had nothing to do with the decision to swerve the Square Mile. Instead, he attributed it to the importance of the German market to the business. Speaking to the FT, company CEO Nick Read said: “The largest asset by a long, long way are the German towers.”

The valuation of the business is mooted to be within the €10bn to €20bn range, although there’s a prospect it could go for much more. Vodafone suggested it may opt to transfer its 50 per cent stake in UK tower business Cornerstone Telecommunications Infrastructure Limited (CTIL), which operates 14,300 sites in the UK, in order to sweeten the pot. Vodafone’s 50 per cent share of CTIL amounts to between €50m and €70m.

Separately, Vodafone also plans to merge its Greek tower business with that of local telco Wind Hellas. This combined tower infrastructure company would be called Vantage Towers Greece, with ownership split between Vodafone and Wind Hellas parent Crystal Almond 62/38 respectively. This deal is subject to regulatory approval, and is expected to close later this year.

The main Vantage Towers business would later have the option to acquire the separate Greek entity, which will operate 5,200 macro towers across the nation, with plans to build a further 500 in the coming five years.

Read said in a statement: “Today’s launch of Vantage Towers marks significant progress of the strategy I established when I became Vodafone CEO, specifically relating to the key pillar of improving asset utilisation. Vantage Towers will also unlock further value for shareholders, notably through the IPO targeted for early 2021.