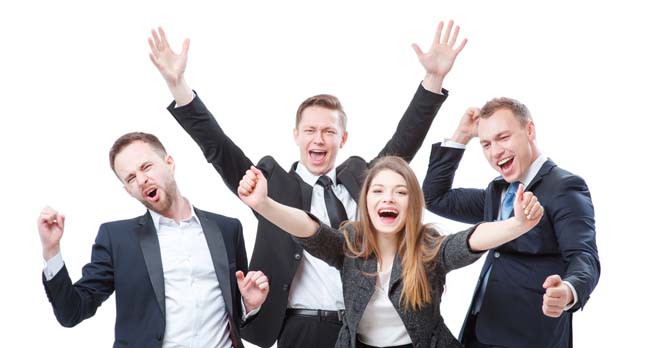 Capita has hit the eject button on its managed print services (MPS) wing – the loss-making Workplace Technology division is back in the hands of its original founder, Paul Gillett.

This is the latest in a long line of operations that Capita CEO Jon Lewis has offloaded since he took the hot seat in 2017 with the plan of turning a network of disparate businesses into something more coherent and profitable.

Gillett, who founded the business in 1988 as Right Document Solutions (RDS) and sold it to Capita for up to £40m in 2011, had actually remained employed as a director. He now returns to the board alongside the original finance director and the name of the company reverts back to what it was.

In a statement, Gillett said Capita has provided “infrastructure and scale” for the print services outfit, “however, as changes in the digital workplace accelerate, our clients need a more flexible and entrepreneurial approach to maximising staff productivity, managing their data and driving down costs.”

Managed Print Services would seem a tough place to be in the current crisis, given that large swathes of the workforce are still toiling away at home. For some, not returning to the office until 2021 is a very real prospect. RDS reckoned COVID-19 means “changes in the digital workplace” are being “fast tracked”.

The buy price was not revealed.

Why had Capita’s MPS division swung into the red? This was “because of decrease in gross profit due to higher settlement values for contracts renewed and increase in expenditure on sales team in order to improve sales, which led to a decrease in operating profit,” the accounts stated.

Twitter to Start Testing Voice Direct Messages: Report
Mi Smart Band 5, Mi Watch Revolve to Launch in India Today: How to Watch Livestream
Sony India Diwali Sale Starting October 5, Will Offer Discounts on God of War, Ghost of Tsushima, More: Report
Who watches the watchers? Samsung does so it can fling ads at owners of its smart TVs
IT guy whose job was to stop ex-staff running amok on the network is jailed for running amok on the network