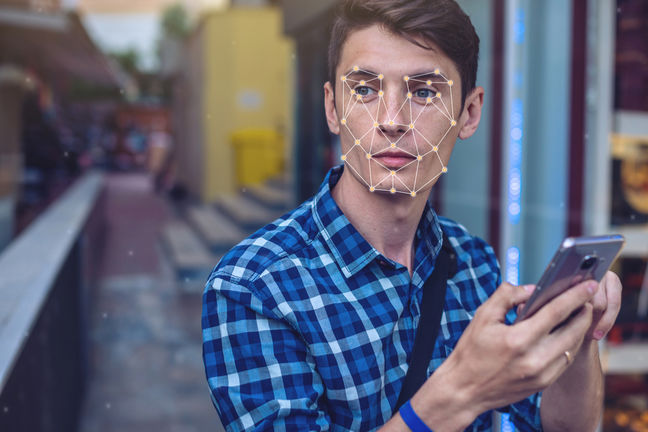 In a shock ruling today, the UK Court of Appeal has declared that South Wales Police broke the law with an indiscriminate deployment of automated facial-recognition technology in Cardiff city centre.

“The Respondent’s use of Live Automated Facial Recognition technology on 21 December 2017 and 27 March 2018 and on an ongoing basis… was not in accordance with the law,” ruled Sir Terence Etherton, president of the Court of Appeal, along with senior judges Dame Victoria Sharp and Lord Justice Singh.

This morning’s ruling will be seen by many as a blow against police attempts to roll out the technology nationwide without Parliament updating the law. The judges, however, cautioned: “This appeal is not concerned with possible use of AFR [automated facial recognition] in the future on a national basis.”

Human rights pressure group Liberty celebrated the judgment, with lawyer Megan Goulding saying in a statement: “The Court has agreed that this dystopian surveillance tool violates our rights and threatens our liberties. Facial recognition discriminates against people of colour, and it is absolutely right that the Court found that South Wales Police had failed in their duty to investigate and avoid discrimination.”

Ed Bridges, who brought the appeal, was captured on AFR deployed in Cardiff city centre in 2018. Despite police promises that his image and data derived from it would have been instantly deleted if he was not a person of interest to them, he filed a lawsuit saying that police broke human rights and data protection laws.

‘Not in accordance with the law’

Although the High Court rejected Bridges’ case in September 2019, providing a police-friendly legal precedent seized upon by forces such as London’s Metropolitan Police, today the Court of Appeal upheld three of his five legal claims.

Judges declared that police violated Bridges’ ECHR Article 8(1) rights because internal police policies “leave too broad a discretion vested in the individual police officer to decide who should go onto [a] watchlist”. South Wales Police also failed to properly write a legally required data protection impact assessment when it deployed the cameras, and also broke the public sector’s legal duty to eliminate discrimination and harassment because the NEC-made tech produced higher positive match rates for female and non-white suspects’ faces.

“We do not, however, accept the submission on behalf of SWP [South Wales Police] that the present context is analogous to the taking of photographs or the use of CCTV cameras,” thundered the court as it dismissed a key police legal argument.

The full judgment and legal orders can be read on the judiciary website.

Having come down largely in Bridges’ favour, the victory comes as a surprise after the Master of the Rolls complained in court that barristers were “dragging” legal submissions towards police compliance with the Data Protection Act instead of what the judges were apparently expecting to hear.

Professor Pete Fussey, author of a University of Essex report into UK police facial-recognition tech, opined in a statement: “The Court of Appeal was entirely correct in concluding that facial recognition cannot be considered as equivalent to the use of CCTV. The use of advanced surveillance technologies like live facial recognition demands proper consideration and full parliamentary scrutiny.”

Not appealing this – plod

South Wales Police has declared it will not appeal against the ruling even as the Surveillance Camera Commissioner called for “a full review of the legislative landscape that governs the use of overt surveillance.”

Chief Constable Matt Jukes of SWP said in a statement: “The Court of Appeal’s judgment helpfully points to a limited number of policy areas that require this attention. Our policies have already evolved since the trials in 2017 and 2018 were considered by the courts, and we are now in discussions with the Home Office and Surveillance Camera Commissioner about the further adjustments we should make and any other interventions that are required.”

The police manager also claimed a number of arrests had been made by constables using AFR without saying how many had led to charges or convictions, information that is vital to assess whether a new policing technology does in fact make the public safer or help to lower crime rates.

The Court of Appeal also rejected evidence from one PC Dominic Edgell, who claimed that there was “virtually no difference” in facial recognition matches between people of different sex and ethnicity. In its judgment the court said: “He did not know, for obvious reasons, the racial or gender profiles of the total number of people who were captured by the AFR technology but whose data was then almost immediately deleted.”

Those “obvious reasons” had been set out earlier: NEC, maker of the Neoface system used by SWP (and London’s Met Police), did not provide information to police that would show whether and to what extent its algorithms were potentially biased against people who weren’t white men. It has denied its training dataset is biased. ®

The current Surveillance Camera Commissioner issued a passionate blog post that not only addressed the wider issues of the law not being fit to regulate AFR but also his own post. Tony Porter complained that the Home Office was merging his role and that of the Biometrics Commissioner, asking: “You might be thinking what’s the connection between surveillance and biometrics? That is a question Paul [the Biometrics Commissioner] and I have been asking ourselves!”

Porter has been something of a thorn in the side of government figures through his insistence that the public sector obeys its own laws and regulations in a transparent and accountable manner when deploying CCTV and related technologies.

On top of that, he was also a great advocate for regulation keeping up with the pace of technology. It seems that his reward is to see his post merged out of existence as the Home Office pulls up the ladder to ensure such challenges cannot arise in future. ®

Before you buy that managed Netgear switch, be aware you may need to create a cloud account to use its full UI
It’s IPO week and one of Wall Street’s own is raising the spectre of a stock market crash
Redmi 9 to Go on Sale in India Today via Amazon, Mi.com at 12 Noon: Price, Specifications
Xiaomi Launches ‘Mi Store on Wheels’ Moving Retail Shops in India
Vivo Watch With Up to 18 Days Battery Life, Heart Rate Monitoring, Blood Oxygen Sensor Launched