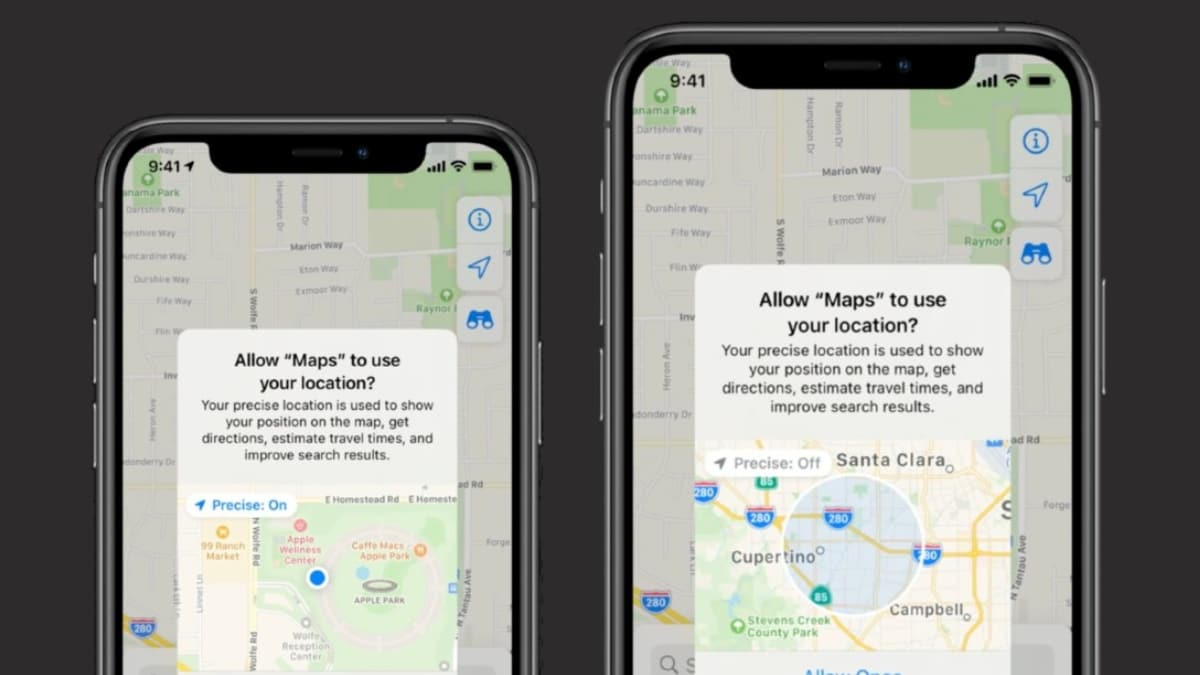 iOS 14, Apple’s upcoming mobile operating system, will include a feature that will give users the choice to grant applications approximate location access instead of exact GPS location. The Precise Location toggle for Location Services will give users more control over which apps have access to their current location data. Many apps can run efficiently with approximate location but ended up having access to the user’s precise location in the previous versions of iOS. The iOS 14 was unveiled at Apple’s WWDC event in June and is expected to roll out globally later this year.

The new iOS software will have a new setting that will allow users to share their approximate location rather than precise location with any app that requires the same. In the earlier versions of iOS, users could grant an app access to their location while using the app, or always. Once the location access is allowed, the app always gets an exact coordinates, even though a lot of the apps don’t need the precise location information. iOS 14 will offer users the flexibility to decide if they want to give apps their precise information or just approximate location, as per a report by 9to5Mac.

A weather app, for example, does not need to know your exact location to provide current weather in your area. Just the city or state is enough for the app to function efficiently.

According to the report, iOS 14 includes APIs that will allow apps to declare that they only need ‘reduced accuracy’ location that will enable them to collect only the minimum amount of required information.

Users of iPhone 6s, iPhone 7 series, iPhone 8 series, and more will be eligible for the new iOS version. While the public beta is presently available for iOS 14 and iPadOS 14, the stable build is expected to be rolled out globally later this year.