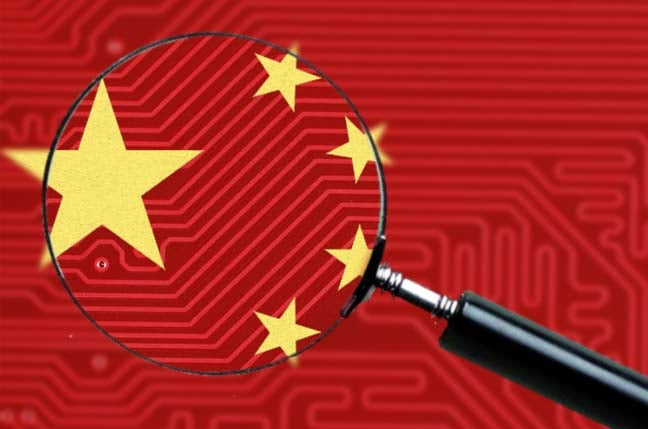 America’s comms watchdog will hand over confidential info on China Telecom to US government officials probing the communications giant and its operations in the Land of the Free.

Since at least as far back as 2002, China Telecom’s American subsidiary has been authorized by Uncle Sam to provide international communications services in the United States. In the past few months, though, amid escalating trade tensions between America and China, the executive branch of the US government has turned the screws on China Telecom.

The Departments of Justice, Homeland Security, Defense, State, and Commerce urged the Federal Communications Commission in April to revoke that aforementioned authorization on the grounds of national security: they cited “concerns that China Telecom is vulnerable to exploitation, influence, and control by” the Chinese government, complained of “inaccurate statements by China Telecom to US government authorities about where China Telecom stored its US records, raising questions about who has access to those records, and argued that Beijing’s spies could use China Telecom’s networks to carry out “economic espionage and disruption and misrouting of US communications.”

Count how many times the Feds checked Chinese telcos in America weren’t spying. Only one hand needed

China Telecom submitted confidential paperwork to the FCC arguing why it shouldn’t be booted out of the States, and the Justice Department requested a copy of these filings, with the intent to share it within the government. Although the telco objected to this disclosure, the FCC has warned the Chinese giant, in a written notice [PDF] thsi week, that will give that supposedly private information to Uncle Sam’s prosecutors.

The law, the regulator wrote, “does not prohibit the commission from disclosing that information to other federal government agencies where those agencies will continue to keep the information confidential.” The FCC also pointed out that the other agencies have formed a committee whose job is to monitor the watchdog’s handling of China Telecom and thus it must be allowed to see the confidential info to know the commission is doing its job right.

Given the committee is upset about what it says were “inaccurate statements” by China Telecom to the government, and “inaccurate public representations by China Telecom concerning its cybersecurity practice,” we can only assume the Dept of Justice wants to scrutinize the telco’s defense of its authorization to operate in the States to build up more ammo against the Chinese provider and Beijing in general.

China Telecom, which has about a week to file another appeal which no doubt will be thoroughly considered, did not respond to a request for comment. ®

0ops. 1,OOO-plus parking fines refunds ordered after drivers typed ‘O’ instead of ‘0’
iOS 14, iPadOS 14: How to Download and Install Right Now
Alibaba wants to get you off the PC upgrade treadmill and into its cloud
Apple Event Today: How to Watch Live Stream, What to Expect From September 15 Event
Redmi 9i Launching in India Today: Expected Price, Specifications