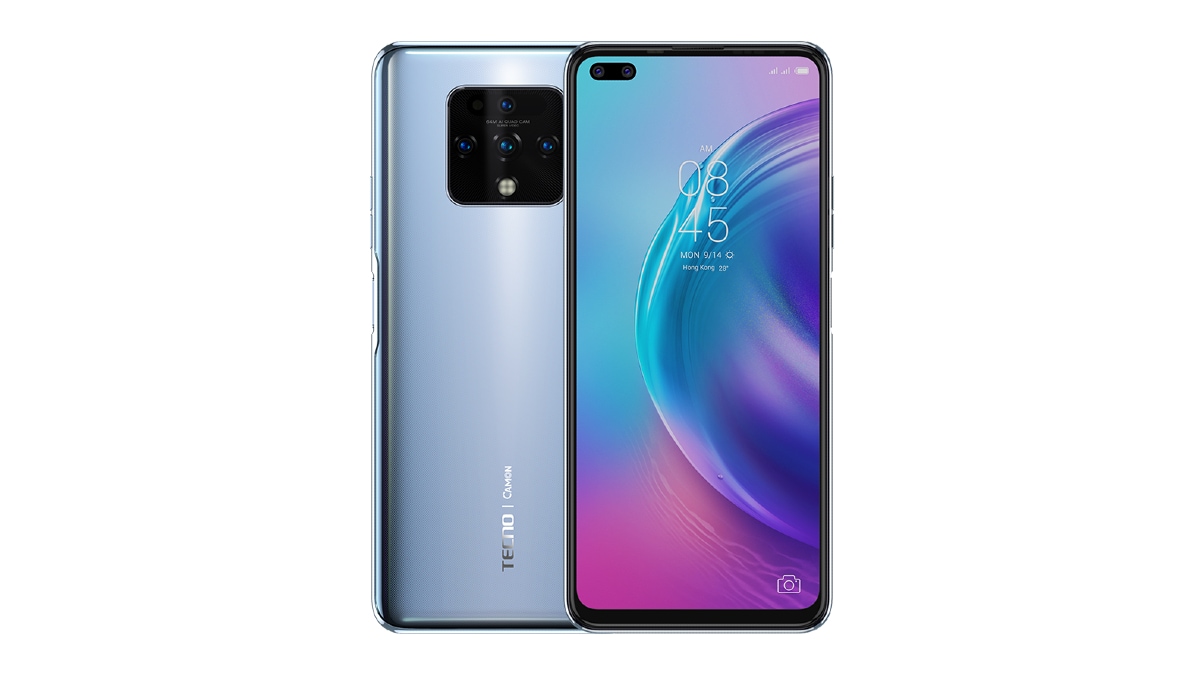 The Tecno Camon 16 Premier is priced at KES28,499 for the sole 8GB + 128GB storage model in Kenya. The phone comes in a Glacial Silver colour option and is already on sale in the country via Jumia.co.ke official store. As part of the introductory offer, Tecno is bundling free H2 HiPods TWS.

The Tecno Camon 16 Premier runs on Android 10 and features a 6.9-inch full-HD+ (1,080×2,460 pixels) display with a pill-shaped hole-punch cutout on the top left corner of the screen. It is powered by the MediaTek Helio G90T SoC, paired with 8GB RAM. The 128GB onboard storage is further expandable using a microSD slot (up to 512GB).

Additionally, the Tecno Camon 16 Premier has a 4,500mAh battery with 33W fast charging. Connectivity options on the phone include Bluetooth v5, Wi-Fi 802.11 ac, 3.5mm audio jack, GPS, and more. There is also a side-mounted fingerprint scanner on board.