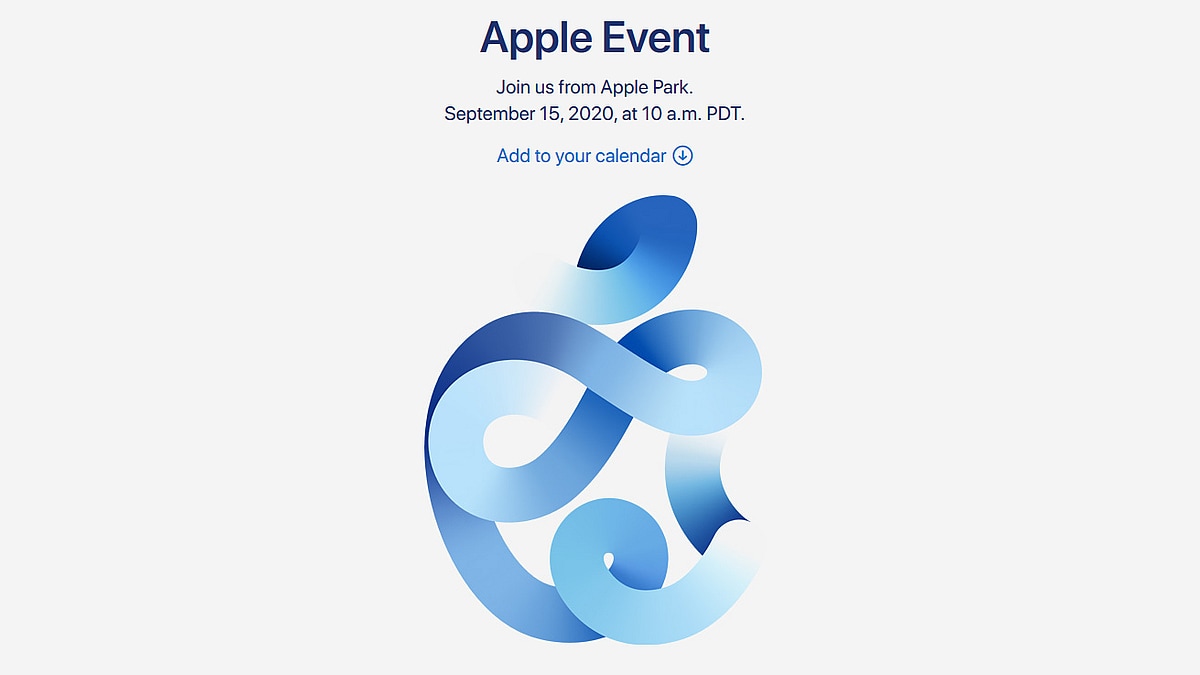 Apple has sent out invites for a virtual event on September 15, and the company is expected to launch its iPhone 12 series – though the release date is anticipated to be delayed compared to previous years. At the launch event from Apple Park, the company is also expected to unveil the Apple Watch Series 6 and a new iPad Air model, a launch that was initially tipped for this week.

To recall, Apple had at its last earnings results announced there would be a few weeks delay to the release of its new iPhone models this year, thanks to supply chain issues caused by the COVID-19 pandemic. Apple typically launches new iPhone models in September, and releases them later the same month. The Apple event on September 15 is scheduled to be livestreamed from 10am PDT (10:30pm IST).